A New Helmet Keeps Your Head On Straight 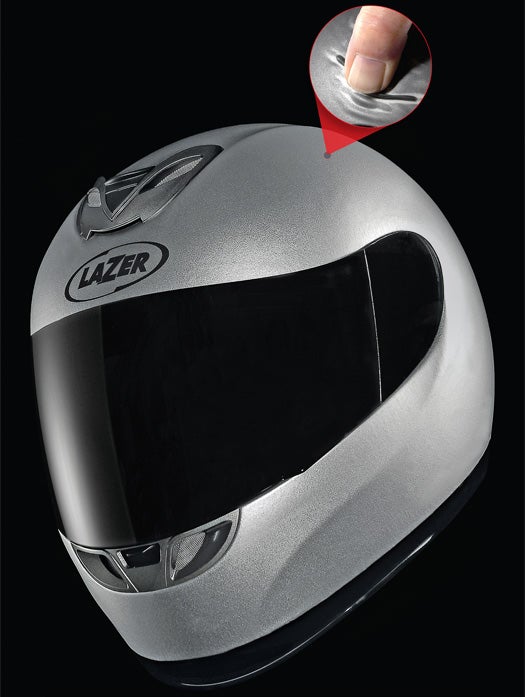 A motorcycle accident can damage your brain in two ways: from the direct blow when your head hits the road, and then from the way your head turns, spinning violently and knocking your gray matter around inside your skull. Most helmets protect against the initial impact but not the rotation that follows, so Lazer Helmets built gear that keeps your head straighter.

The trick is covering an ordinary helmet frame in a skin-like layer that, similar to human flesh, can slide independently across the hard skeleton beneath it. The gliding reduces the torque of the helmet and the brain inside, which could cut by almost 70 percent the risk of “intracranial shearing”—the tearing of blood vessels and nerves caused by a twisting brain.

The Solano SuperSkin motorcycle helmet is available now in Europe and goes on sale in the U.S. next year. The inventor of the skin material, English doctor Ken Phillips, is currently testing a model for equestrians, and he’s also adapting the technology to protect football players throughout a game. 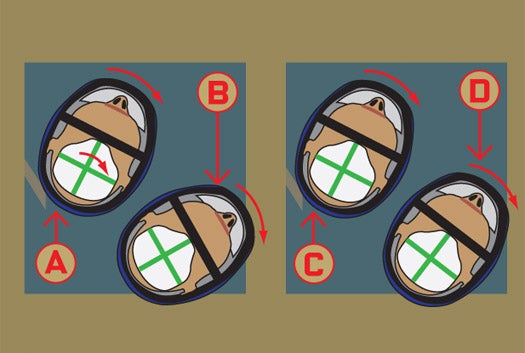 Helmets are tested by dropping them onto anvils. The SuperSkin rolls less after it lands.

Most helmets hit the ground [A] and then rotate [B], a movement that can force your brain to twist and bang against your skull. When the SuperSkin helmet hits the road [C], however, its synthetic outer membrane moves over a thin layer of gel-like lubricant. The membrane flattens and stretches to as much as eight times its original size, allowing the frame inside to slide sideways for a few milliseconds instead of rolling around its curved shape. That helps keep the helmet on a straighter path [D] (even if it bounces off the road) so your brain gets less jostled after the initial impact.