Our FYI experts answer the science questions that haunt you 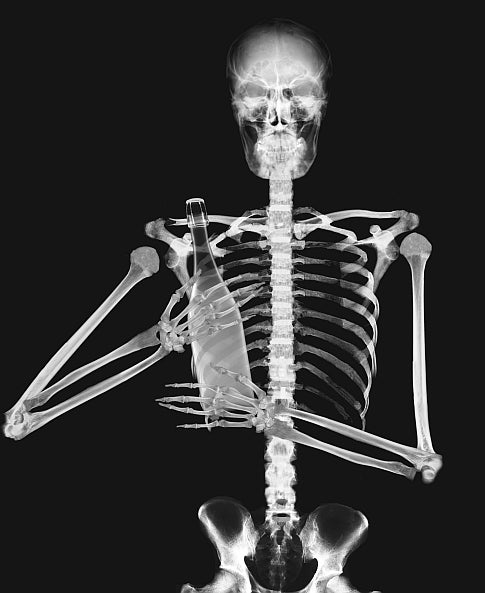 Maybe—but only if you’re drinking several gallons of seltzer a day. Here’s the chemistry that has soda drinkers worried: As carbon dioxide hits the water in your blood, it turns into carbonic acid. Too much acid in the blood can lead to a condition called acidosis, which could intercept small amounts of calcium from food as it makes its way to your bones, or steal it from them directly. Your greater concern, though, says endocrinologist Robert Heaney of Creighton University, should be the vomiting, headaches and impaired organ function that result from extreme acidosis.

The acid content in a carbonated beverage is 5 to 10 percent of what the body’s metabolism naturally produces, Heaney has found, which is far too little to interrupt the calcium absorption of bones. In general, he says, the carbonation in soda has no ill effect on bone-mineral content.

Other ingredients in soda might rob a small amount of calcium from bones. Caffeine causes the kidneys to pull sodium from the blood using proteins that accidentally scoop up calcium ions as well. The body reverses this effect within 24 hours, however. Another commonly cited culprit is phosphoric acid, an ingredient in colas. Studies have indicated that if the ratio of phosphorus to calcium in your body tips too far toward phosphorus, it can cause bone loss over time. So although a “Coke and a smile” once in a while won’t a brittle bone make, Heaney urges drinking a tall glass of milk to keep your bones good and strong.