After decades of research, there is still no cure for the disease that affects millions 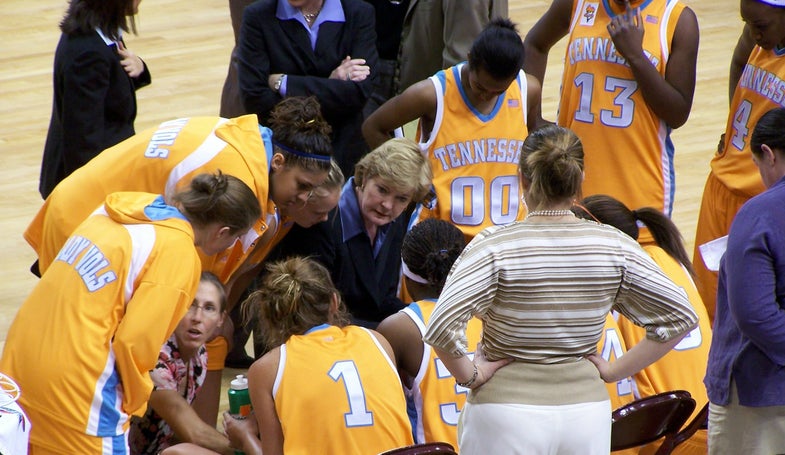 Pat Summitt, former women’s basketball coach at the University of Tennessee, passed away Tuesday morning at age 64, after having been diagnosed with early onset Alzheimer’s disease in 2011.

Calling Ms. Summitt a legend in the world of basketball is almost an understatement. Summitt started coaching in 1974 when she was just 22 years old. At the time, the NCAA did not sanction women’s basketball as a collegiate sport, so until 1981 her teams functioned without financial support from the school. During her record-shattering 38 year career, her teams won 1,098 games and eight national titles, and she earned the honor of NCAA Coach of the Year seven times. Her dominance not only brought women’s college basketball to the national spotlight but also popularized women’s sports as a whole.

Summitt’s distinguished coaching career was unfortunately cut short by her early onset dementia. Although she was diagnosed at age 59, she began experiencing classic symptoms of the disease two years prior. Summitt would sometimes forget hand signals for plays and defensive sets during games. She put her clipboard away for the final time in 2012, less than one year after her diagnosis. She then launched the Pat Summitt Foundation to join in the fight against the most costly and confusing disease in the U.S.

What makes Alzheimer’s disease so difficult to treat is that doctors and researchers still don’t completely understand what causes it. If patients are diagnosed early enough, they can prescribe a medication called a cholinesterase inhibitor that prevents the breakdown of acetylcholine, which is a chemical messenger important in memory formation. But as the Alzheimer’s Association points out, this works for just half of the patients, and it only delays their mental decline for six to 12 months.

Recently, researchers have focused on creating drugs to prevent amyloid buildup or plaque in the brain, which is a hallmark of Alzheimer’s disease. But that has seen little success, as preventing this plaque buildup is only part of the problem. Some companies are testing alternatives, like drugs that target tau proteins, but a total of 190 Alzheimer’s drugs have failed in human trials to date, Bloomberg News reported this week.

The National Institute on Aging (NIA) is focusing its energy on understanding Alzheimer’s at its “most basic level,” which means finding out the genetic risk factors and creating an open database from its studies performed on Alzheimer’s patients. This would then help them identify and diagnose Alzheimer’s more quickly and begin treatment earlier. Although there is no cure for the disease, the NIA plans on moving its research to repurpose existing drugs, create new drugs, and initiate clinical trials to better understand and combat the disease.

Another tribulation is an underfunded field of research against the disease. The main goal of the NIA’s national plan to address Alzheimer’s is to “prevent or effectively treat Alzheimer’s disease by 2025.” In order to do this, though, the NIA estimates that the country will have to allocate $2 billion annually to research dedicated solely to Alzheimer’s disease. The Senate has been taking steps towards this goal; in the 2016 fiscal year, it approved a $350 million increase in research spending for Alzheimer’s, and the Senate Appropriations Committee just approved a bill to have an additional $400 million in funding for the 2017 fiscal year. In the fight to combat this disease that affects 5.4 million Americans, more funding and more research still has to happen.

Perhaps we will we see a world in which Alzheimer’s is effectively understood and treated by 2025. Whatever the future holds, though, we must remember the ones we lost along the way. Rest in peace, Pat Summitt.