The operating system that dares not speak its name 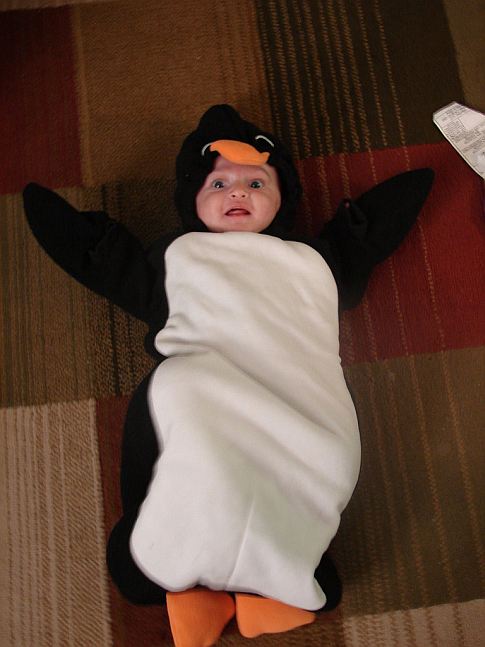 Hey kids! Have you heard of the cool new program for Windows PCs that lets you boot your system in a jiffy and gives you instant-on access to e-mail, IM, and the Web? Yeah, it’s called Linux.

That’s the basic sales pitch for a new software package called Presto — though the official verbiage doesn’t dare go anywhere near that dirty “Linux” word. On its web site and in its documentation, Presto is positioned simply as a program for Windows. You download it as an .exe file and install it like you would any other application.

To remove it, run the uninstaller or go to Add/Remove Programs in your control panel. The spiel reads:

“Presto is an easy to install program that works with Windows XP and Vista PCs. Next time you turn on your computer, you’ll have the choice of running Windows or Presto… Start up your computer in seconds – like magic. You will be able to instantly start to email, Skype, instant message, listen to music, surf the internet or download apps — before Windows XP or Vista even boots — and you will automatically be connected to the best available network.”

You guessed it: Presto isn’t actual “magic,” but rather a Linux installation. In fact, it’s a very stripped-down and highly customized distro from Xandros, the same company that makes a similarly sanitized flavor of Linux that powers the Eee PC. The categorical lack of the word “Linux” anywhere on the Presto site or within Presto itself is kind of shocking. Coupled with the way you’re required to install it, it’s clear that this total avoidance of the L-word is a very calculated move to hide it from the public. Why, I wonder? If I had to guess, I’d say it’s because Xandros figures the average person wets himself with fear a little bit any time he hears the word “Linux.” If that’s the case, then is Presto any less scary? I installed it to find out.

The short answer is that, as promised, Presto is blissfully simple to use. It’s also fast. On my HP Compaq laptop, I have to wait two minutes and six seconds from pressing the power button until Windows XP is ready to use. Presto shortens that time to 36 seconds — not exactly instant-on, but a lot faster than Windows.

The installation painlessly takes care of everything: my monitor functions, the sound works and I’m connected to the Internet. And once I’m in, it’s easy to figure out where to go next. The taskbar — docked to the left by default — gives me four giant icons to choose from. They’re so big, they remind me of the old person phone my Grandma has with the comically oversized number buttons. The icons are for Firefox, IM, Skype, File Manager and the Application Store (more on that soon). At the bottom the taskbar, there are some slightly smaller icons for turning the computer off, controlling the volume, seeing all of the programs I have open, adjusting my screen resolution and informing me of my network status. Basic stuff. Visiting my favorite web sites, checking e-mail and IMing with friends is a cinch. OpenOffice is also installed by default for creating and editing Microsoft Office documents (as well as non-Microsoft Office docs, of course).

But what if I want to do more? I pop into the Application Store and simply download new programs ala the iPhone. Within minutes of installing Presto, I’m streaming my music collection from Last.fm and drawing mustaches on friends in the Gimp photo manipulation program (think Photoshop, except 100-percent free). The app store is loaded with tons of games, utilities and productivity software, most of which is free. Otherwise, I can download a free trial.

As I said, Presto is a watered-down version of Linux in disguise. But what about folks who want its instant-on advantages with a little less handholding? No dice. Take for example, the icons in the taskbar. I can resize them to more sensible proportions if I so choose, but I can’t for the life of me figure out how to remove them. Worse, I can’t figure out how to put new ones on there for the programs I download from the application store. The same goes for desktop shortcuts. In fact, right clicking on the desktop seems to have been completely disabled. I also can’t find a control panel of any kind to customize the look of Presto, which means I’m stuck with the default background image and color scheme. Simplicity, it seems, has come at the expense of functionality and customizability.

If Xandros intended to dumb down Linux to such an extent that only a novice would be happy using it, the company didn’t even really succeed at that. For example, all of the applications installed on Presto, default or downloaded, are accessed via the Application Store icon, which is a shopping basket. Why would I ever look in a shopping basket for a program I’ve already installed? Another misstep is the lack of an OpenOffice icon in the taskbar. I wasn’t even aware the free productivity suite was installed until it opened by itself to view an email attachment. I’d tack an icon on the taskbar myself if I had any idea how to do it. Finally, there’s the file system, which is still so thoroughly Linux. When prompted to save a file, I suddenly find myself swimming in a sea of oddly named folders such as “bin,” “dev,” “mnt” and “root.” Granted, the Windows file system isn’t any prettier to look at. But if Presto is cutting off my access to something as simple as changing my desktop background, why is it allowing me to see all this stuff?

At the end of the day, I’m definitely impressed with this program known as Presto — particularly with its startup speed. I had fun using it, too, even if it is struggling for an identity a little bit. Is Presto for novices to Linux, or novices to computing in general? Is if for anyone who wants quick access to their OS, no matter what their technological comfort level is? None of the above, if you ask me. Here’s an idea: Offer three levels of Presto that the user can select during installation and change over to anytime they choose. Let’s say, “Simple,” “Intermediate” and “Kitchen Sink.” That way, it has something to offer everyone. Presto is still in public beta at this time (wrapping up April 13th), so here’s hoping someone over at Xandros Towers is listening.