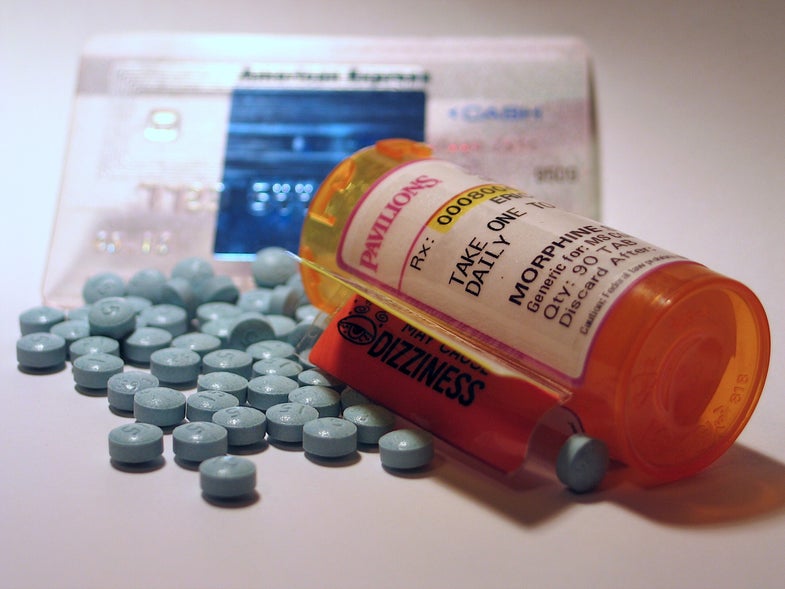 Painkiller manufacturers are confused. Their drugs have maintained the same efficacy at relieving symptoms for the past 25 years, but the placebo effect has gotten stronger in drug trials conducted in the U.S., according to an analysis of 35 experiments published online ahead of print in the journal Pain. In 1996, a painkiller relieved symptoms in 27 percent more patients than a placebo; in a similar trial in 2013, it was only 9 percent, as Nature News reports. As a result, the drugs are appearing less effective during clinical trials, which means that fewer of them have been approved by the Food and Drug Administration; over the past 10 years, more than 90 percent of drugs designed to treat pain have failed in late stages of testing.

The real question, of course, is: why? Why has the placebo effect gotten stronger, and why only in the United States? The study authors have a few ideas. Drug companies in the U.S. market directly to consumers, a practice illegal in much of the rest of the world, which might raise patient’s expectations for how well a drug should work. But a more likely reason, the study authors suspect, is that the glossy setting of an expensive, large-scale clinical trial—with professional nurses taking patients’ vitals and administering drugs—may raise patients’ expectations and convince them of the pill’s efficacy, even if it doesn’t have any active ingredient. Historically, trials in Europe weren’t as large and didn’t last as long, which may have offset the effects of the placebo. But it still doesn’t fully explain the difference in outcomes across the Atlantic, especially because the two systems are now more alike than ever before.

The study, as Nature News points out, raises a question about one of the basic assumptions we make to evaluate drugs: that they should show a stronger effect than placebo. And while a stronger placebo effect clearly isn’t good for getting new drugs approved, maybe it’s not so bad in practice—it could mean that patients could take lower doses of a drug and still experience a clinical benefit. And though the researchers didn’t address it in this study, placebo could boost the efficacy of other drugs with physiological effects that are difficult to measure, like those to treat psychological conditions. But for drug companies looking to get their products on the market, they may have to find a different way to conduct clinical trials, like making them shorter and smaller.