Wipe the smudges off your electronics and kick up some bidding wars. 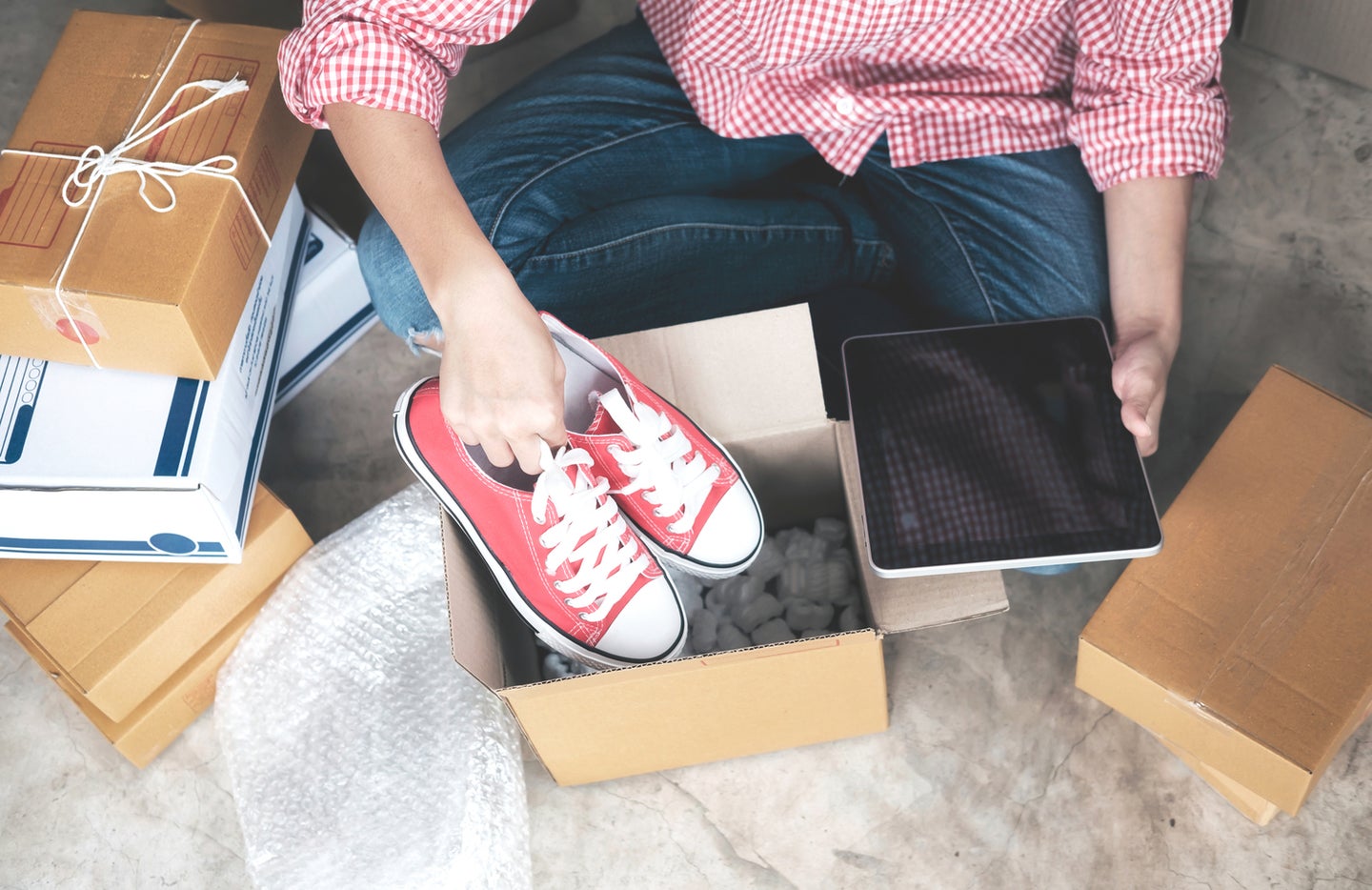 When it comes to selling stuff online, a strong lead photo is important. That’s true whether you’re hocking those vases you started making after you took a pottery class, the t-shirts you had made up featuring that clever line you couldn’t believe nobody had thought of, or simply just a bunch of things you don’t want anymore.

So if you’re looking to be the next Jeff Bezos, you should probably hire a professional photographer (and those vases probably won’t cut it, either), but if your ambitions are more along the lines of downsizing or making a buck off a hobby, you can definitely do the job yourself.

Using things you already own, you can turn a corner of your house into a makeshift studio that will help you take the best photos you can of anything you can’t wait to get rid of.

A perfectly shot, beautifully composed photo of a greasy, fingerprint-covered phone is still a photo of a dirty phone. Before even touching a camera, you’ll need to get your items ready to be photographed—grab a cloth and give them a dust-down. If there are fingerprints or grease stains, use a wet wipe or screen wipe to get rid of them. Also, plump up any pillows, iron out any creases, and generally just make things look nice. The more effort you put in before the shoot, the better your end photos will look.

Set up your “studio”

For small items, place a table near a window. They are a big and even source of natural light, which looks great in photos. Avoid using flashes or electric lights, unless you absolutely know what you’re doing.

Clean the table, remove any clutter, and, if you want, put a tablecloth on it. It’s going to be the background to most of your photos, so you’ll want to keep it as simple as possible. If you go for a tablecloth, avoid prints, and choose solid, neutral colors that contrast with the items you’re photographing. Black on black works for Wednesday Adams, but it won’t work for you here.

You probably won’t be able to easily move larger items, like a couch or TV, so you’ll have to photograph them in place. Before you do, clean up the surrounding area and throw open any blinds, curtains, shutters, and doors to let as much natural light in as possible.

Use the best camera you have

You should use the camera that will give you the best results. For almost everyone, that will actually be your smartphone, unless you have a recent DSLR or mirrorless camera that you’re comfortable using. If you don’t, don’t worry—smartphone cameras are so reliable and easy to use that they’re hard to beat.

If you have a smartphone with a built-in telephoto lens (like a Pixel 4, for example), even better. It’s the perfect lens for photographing small objects.

Don’t get too artsy

Phones are one of the best things to sell online. For this, you will definitely want a photo of the screen, but taking one can be a bit awkward. If the screen is off, you’ll get a lot of reflections, and if the screen is on, you can get a horrible moiré pattern—that weird interference effect that looks like black lines on your screen.

Dark screens reflect whatever is in front of them. Your two options are to either turn the screen on or control what’s reflected. For small screens, like phones, it’s actually pretty easy. Take the photos of the phone face-up on a table in a room with a nice plain ceiling near a blank wall, and adjust the angle of your photo until nothing distinct shows in the reflection—simple.

For larger screens, things are a bit trickier. If you can’t turn it on, try to make whatever’s in the reflection at least look neat. Ensure there are no reflections of your unmade bed or dirty dishes.

If you’ve ever tried to take a photo of your computer screen with your phone, you’ll have seen a moiré pattern. It’s what happens when the pixel grid in your smartphone camera and the pixel grid in the screen don’t overlap perfectly. There are a couple of ways to avoid or minimize it:

If you’ve got the chops, it’s worth tidying up any photos you shoot in Photoshop or whatever image editing app you like. You don’t have to do much—adjusting the color balance, brightness, and contrast can really make your photos pop. You can also use cloning or healing tools to remove any small blemishes you missed.

However, be careful not to rely entirely on Photoshop, or push things too far. If whatever work you did on the photo is easily noticeable, potential buyers might doubt the product looks as good in real life. You’re better off with good, natural-looking photos than something that screams, “EDITED!”

Once you’ve got your shots, it’s time to get selling. Just by putting in a small bit of effort, your images will stand out from the hoards of mediocre shots. Go through the photos you took and pull out the best few. You’ll want to upload enough images to fully show off your products, but not so many you overwhelm potential customers—like a bad real estate agent. Make sure the lead image shows the item off properly, then use any other images you like to show details and alternative angles.