Where to find cardboard boxes when you’re moving

Start prospecting for “brown gold,” a term we made up to make cardboard boxes sound more interesting. 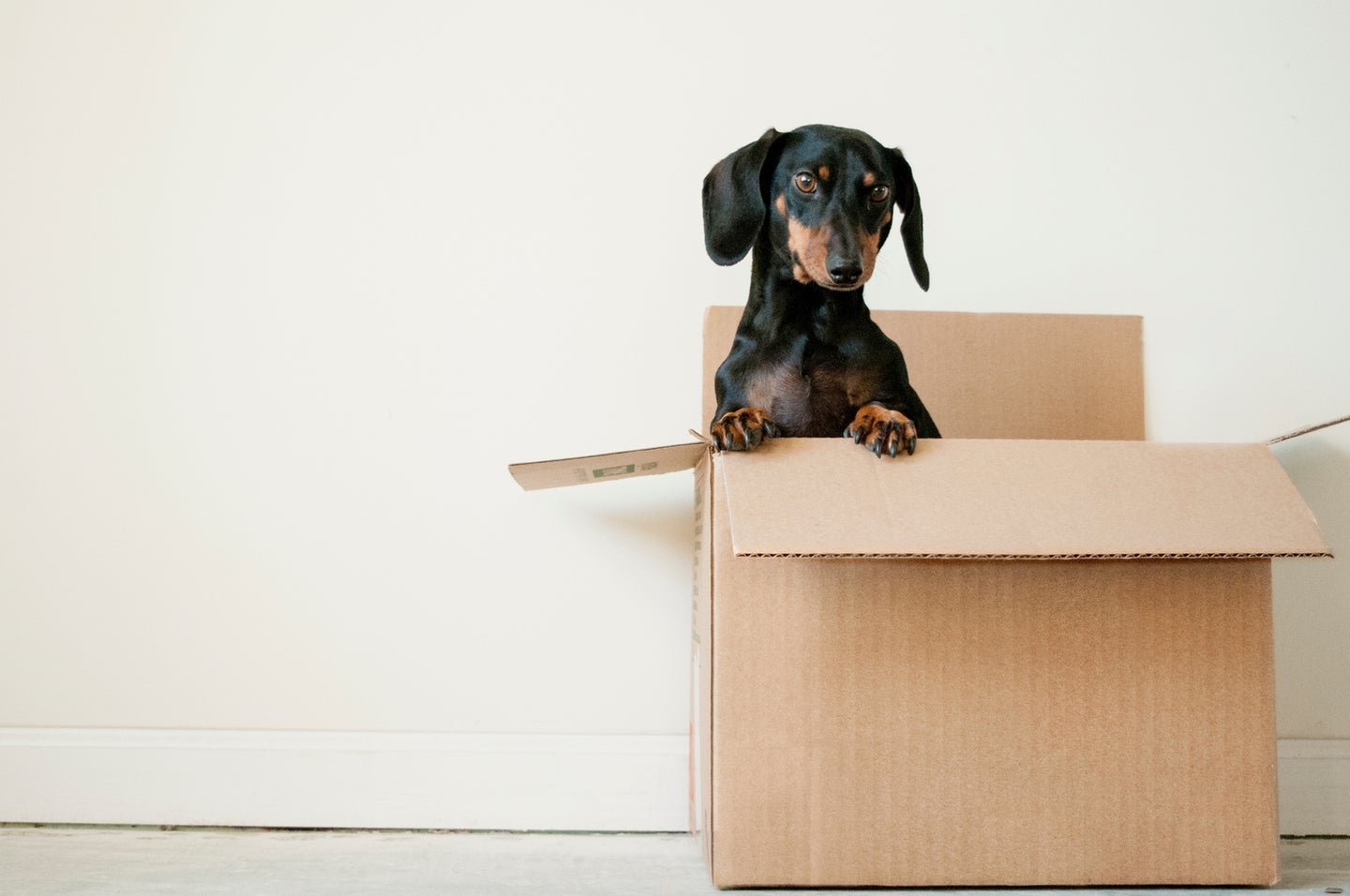 Moving day approaches. You’ve got to start packing. But odds are, you don’t have enough boxes, storage containers, and assorted bags lying around to transport everything you own. Sure, you could buy a bunch, but that costs money. There are plenty of ways to get your boxes for nothin’ and pack up for free.

You can find a variety of packing calculators and detailed explainers online to help you estimate just how many cardboard containers you’ll need, and the number is probably higher than you think. Even one professional packer living a minimalist lifestyle in a studio apartment might need 30 boxes of various sizes. At the other end of the spectrum, seven pack rats with limited organizational skills may require more than 300 to get the job done.

Whatever box-hunting strategy you choose, make sure you give yourself the ability to adapt on the fly. Moving can be stressful and exhausting, and you don’t want to waste valuable energy scrambling to find boxes at the last minute.

Supermarkets restock their shelves every day, which means they’re opening boxes day in and day out. And because companies care about their products making it safely to the store, these boxes are usually strong and clean.

The bigger the store, the more they’ll have, but don’t write off smaller locations—they may be easier to deal with. I got dozens of boxes from a local market near my apartment before my most recent move, and I was always able to find the correct staff member each morning. Eventually, they simply agreed to stack their cardboard just inside the front door for me to pick up around 10 a.m. until I was satisfied.

Large chains, like Stop & Shop, recycle most of their cardboard, and it generally doesn’t matter to them whether their used boxes end up at the recycling center or as a temporary home for your ridiculously large collection of forgettable seashells and somewhat interesting rocks. Still, it’s up to individual store managers to decide whether or not they can provide boxes upon request, according to Stefanie Shuman, a Stop & Shop spokesperson.

Food stores should be your first stop for boxes simply because of the sheer frequency with which they need to get rid of them, and the fact that there may be several markets in one area, but you can find that precious “brown gold” at other retailers, too.

If you need large boxes, consider hardware stores, especially those that sell appliances (they got to move those refrigerators somehow). Of course, many of the bigger hardware retailers also sell cardboard boxes, so they might not be willing to give them away for free. If you strike out, try smaller, perhaps family-owned, spots to see if they’re willing to help out.

Office supply stores also tend to use sturdy boxes. After all, nobody wants to have to pick up 10,000 paper clips because their packaging gave out. They also sell printer paper, which usually comes in boxes with handles and lids. Little to no tape necessary and easy to carry around—a win-win when you’re moving. Like hardware stores, though, these businesses may also sell moving boxes, so they may say no.

Pharmacies and liquor stores are good locations to ask for boxes, too, as they’ve got to protect medication and bottles of alcohol from breaking in transit. But they might not have larger sizes, and depending on how busy they are, might not get frequent shipments.

Some of the hardest items to transport are books, simply because they’re so darn heavy. If you’ve got a substantial personal library, consider hitting up a bookstore. You know their boxes are going to be able to handle thick tomes, but like pharmacies and liquor stores, they may not have them available daily.

In these latter cases, you’ll want to ask a manager for shipment days. Since most stores schedule these for a specific day of the week, you’ll know when to come back.

Pretty much everything is available online, and cardboard boxes are no different. If you’re looking to quickly snap up a bunch of packing material with minimal effort, this is the strategy for you.

Facebook Marketplace is one option, and finding what you need is as easy as, well, typing “cardboard boxes” into the search bar. From there, you can refine your search by asking the site to show only boxes within a certain distance from your location. If you’re using the Facebook app or a browser on your computer, you’ll be able to request that it Only show free listings, but that option isn’t available when using Marketplace via a mobile browser.

The internet is impersonal, but sometimes, you’ve got to get personal. Reach out to friends, either generally via social media, or individually. You may find people who recently moved, bought furniture or appliances, or otherwise have boxes to spare. When you’re done moving, consider offering your boxes up to others who may need them, earning some good will.

If you’re likely to move again, you can help your future self by stashing the best boxes somewhere in your new place. That could be under a bed, at the back of a closet, or behind a couch, but avoid storing them anywhere they’re likely to come in contact with water or humidity—it’ll ruin them.

Where not to get boxes

Just because you see an abandoned cardboard box doesn’t mean it’s up for grabs. It might be unhealthy, or potentially even illegal for you to take it. So make sure you check up on local laws, or at the very least, just ask permission.

If you see boxes on private property—like stuffed into a trash can in someone’s driveway—snatching them may constitute trespassing. You also risk pulling out boxes stained with or soaked in whatever other nastiness was packed in with them. Gross.

Roadside boxes have similar issues. In many cities, residents and businesses leave trash on the curb for pickup. If that happens where you live, you’ve probably often seen stacks of boxes sitting on the sidewalk, seemingly ripe for the picking. That’s not necessarily the case.

In New York City, for example, you could be fined for unauthorized removal of garbage, according to NYC Department of Sanitation spokesperson Dina Montes. The law says only people working for the sanitation department can remove trash that has been set out for pickup. Fines start at $100.

And at that point, if you were looking to save $20-$30 on cardboard boxes, the potential cost isn’t really worth it. You might as well just buy some.