How to get rid of lice 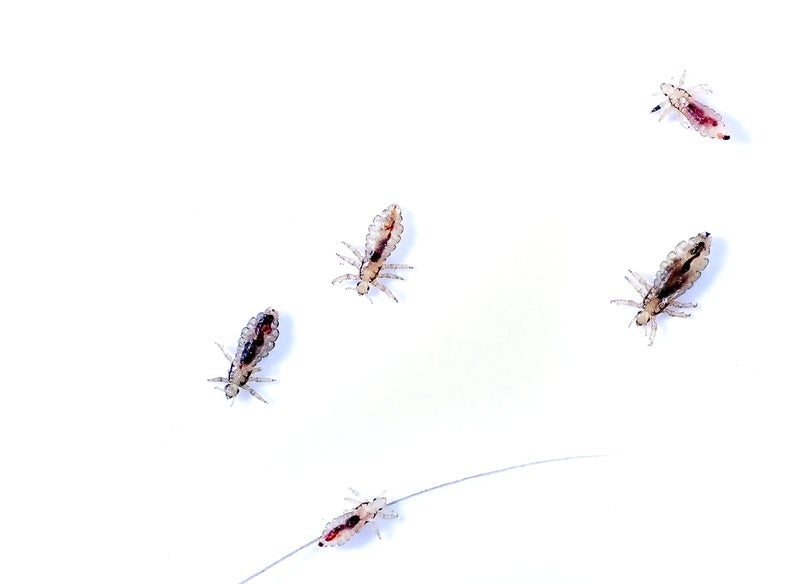 Full-grown head lice are tiny, about the size of a sesame seed. Deposit photos
SHARE 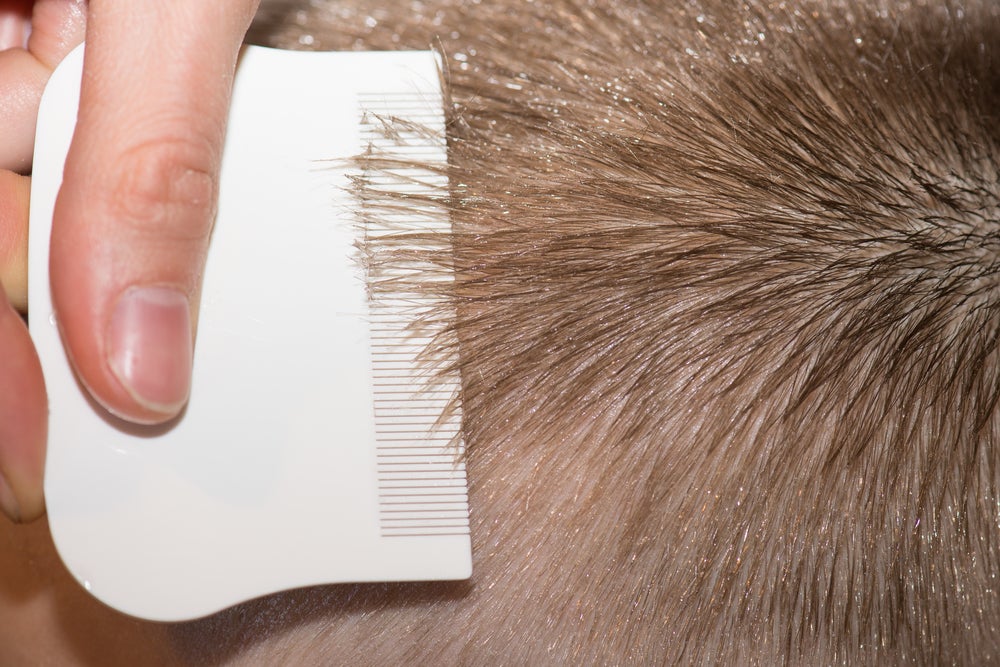 If you don’t remove every single louse and egg, the lice will mount a counterattack in less than two weeks. No pressure!

It’s the scourge all teachers and parents dread, haunting elementary schools, striking swiftly and unexpectedly. In a matter of days, it can infect all the children in a room—and then spread to you. Just the thought of that is enough to make you reflexively scratch your head. This plague is the unholy head louse.

Lice have infested human hair for as long as humans have existed, and outbreaks are still a common occurrence anywhere that you find small children. But there’s still a lot of misunderstanding about what, exactly, you should do when the insidious bugs reach your home. So we asked the experts everything you need to know about head lice.

What is a head louse?

The head louse, or Pediculus humanus capitis, is an insect that has adapted to live on the scalps of human beings. This bug is specialized, so you won’t get these lice from your pets because they don’t live on dogs or cats. They also differ from body hair lice and pubic hair lice, which are distinct species and only live in those hairy ecosystems. 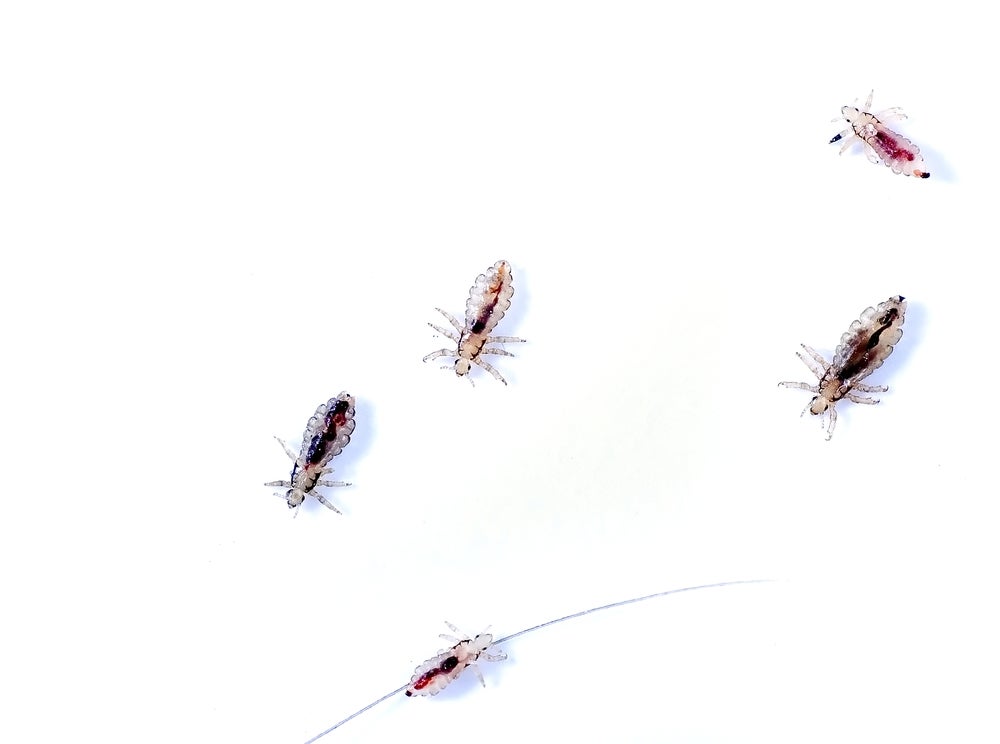 Full-grown head lice are tiny, about the size of a sesame seed.

Head lice thrive in the specific warm temperature found near the scalp, and they feed off blood. Most people are somewhat allergic to the saliva of the louse, which is why their bites itch and make victims scratch their heads.

Within the category of “head,” however, these insects aren’t picky. Anyone with any hair type can harbor lice. Even babies and infants can catch the pests if they have enough wisps on their scalps. “Anybody with any hair can get it,” says Karen Sokoloff, co-founder of LiceDoctors, a company that specializes in home lice and nit treatment and removal.

Why are kids always the ones getting lice?

Head lice spread via head-to-head contact. That’s really their only option—they can’t jump or fly, and they very rarely crawl away from the warm comfort of a human head to nestle in a cold sweater or pillowcase. Unfortunately, while playing and cuddling and just being kids, children end up in head-to-head contact with one another much more often than adolescents or adults do, which is why this common pest pops up so frequently on their heads.

But adults shouldn’t give a sigh of relief yet. “If one person in the family has it, chances are very high that someone else has it,” says Sokoloff.

Lice will occasionally use long hair as a sort of “ladder” to go from one scalp to another, which is why people with long hair tend to be more at risk, says Sokoloff. But most of the time, it’s the direct hair-to-hair contact you need to worry about. This is also why teachers and parents of young children are at risk—resting your head on your child’s head while they sit in your lap is enough contact to transfer the bugs.

How do you know your kids have lice?

Head scratching is the infamous first sign of an infestation. But this isn’t a foolproof way to detect lice, because not every victim does it.

How itchy your head feels depends on how allergic you are to the bite (really the saliva) of the louse. “We treat people who have a head full of bugs, really must have had it for a year,” says Sokoloff, “and they haven’t felt a thing.”

Upon close inspection, it’s rare to see an actual bug, she says. Instead of relying on itchy fingers or insect sightings, people should look for the eggs, also called nits. Lice lay these white ovals, less than one millimeter long, about a quarter of an inch away from the scalp. They are sticky, round on one side and pointy on the other. But not everything that looks like a nit at first glance is, in fact, a nit. The trick is to hold up the possible egg against a pure white background. If it blends in, that’s actually dandruff or deposits of oily secretions from the head. If the little ball appears brown in contrast to the pale backdrop, it’s a louse egg sac.

Do I have to worry about my health?

Now that you’ve found nits in your hair, you shouldn’t panic. Head lice don’t carry or transmit disease, so they won’t infect you with anything while they roam around your scalp. Many people feel shame about contracting the bugs, but they are not necessarily a sign of poor hygiene, says Sokoloff.

Still, head lice are uncomfortable and, for many people, really gross. And constant head scratching—rather than the actual insects themselves—could leave your scalp raw and vulnerable to infection. So while getting head lice is no reason to freak out, it’s also important to address the infestation as quickly as possible.

What’s the best way to get rid of lice?

Lice will never go away on their own, so you have to deal with it proactively, says Sokoloff. Focus on the eggs as missing just one of those suckers could lead to a repeat outbreak.

Sokoloff recommends the old-fashioned approach of physical removal. First, spread a lubricant throughout the victim’s hair to make it easier to work with and to slow down the live bugs, she says. Any conditioner or hair oil or olive oil (what Sokoloff and the team at LiceDoctors use) should work. Next, work through the hair with a fine-toothed nit comb to pull out the tiny eggs and scoop up the live bugs. After you’ve gone over the entire head, wash the hair.

Wait for the damp tresses to dry. You can also use a blow dryer to speed up this process, unless you’re relying on a medicated treatment that prohibits this (we’ll have more on medications later in this guide). On the now-dry hair, look for any nits the comb missed and pull those out with your fingers.

It’s important to do all of this under a bright light. The nits camouflage themselves well, but it’s critical to remove every single one. Be slow, methodical, and thorough. If you miss just one or two, the bugs will rebuild their forces and come back—in a mere week and a half or so, it will be like they never left.

As for the person doing the removing, you should take precautions to avoid catching the parasites yourself. If you have long hair, keep it pulled back and out of the way while doing this work. If your hair doesn’t come into contact with theirs, you should be able to delouse someone without fear of infection. If, however, you caught the bug from your kid before treating them, find someone who can repeat this regimen on you. It’s very difficult to thoroughly rid yourself of lice and nits, according to Sokoloff.

If this seems like too much for you to tackle at home, you can call in the experts. A service like LiceDoctors will come to your house, or you can go to a salon that specializes in lice removal. Depending on what is available in your area, hiring a specialist can cost from $100 to $200 or more.

The short answer is not necessarily—or at least not for long.

Special lice-killing shampoos contain an insecticide, either natural chemicals called pyrethrins (derived from chrysanthemum flowers) or their artificial equivalent, pyrethroids. But these substances have been so commonly used for so long, lice in at least 42 states have developed resistance to them. As a result, in many places, these Super Lice are completely unperturbed by these chemical products.

Even if the shampoo does succeed in killing adult bugs, they have no impact on the impenetrable shell of the eggs, says Sokoloff. This means, unless you are vigilante about repeating the wash nine or ten days after the first delousing (roughly when the eggs will hatch), the lice will return as strong as ever.

Because of all this, Sokoloff’s company doesn’t recommend any chemical treatments. They tend to be ineffective and sometimes cause headaches in the people who use them. Some people ask if the chlorine found in swimming pools is strong enough to kill lice, says Sokoloff. But that doesn’t seem to kill the bugs either, so going to the pool every day will not ward off lice.

Should I try mayonnaise or some kind of natural treatments instead?

You may have grown up hearing that slathering your head with mayonnaise and letting it soak into your scalp will ward off lice without chemicals. Some people also try rubbing their scalps with other fatty foods like butter, margarine, and olive oil to attack the bugs.

Alas—there’s no scientific evidence to support the mayonnaise approach, according to the Centers for Disease Control. Sure, these oily substances likely will suffocate the juvenile or adult lice, which is a start. But they won’t hurt the eggs, which is what you really need to be worrying about.

Do I need to de-louse hair-adjacent stuff like hats, clothes, and furniture?

You actually don’t have to worry about washing everything your child’s head may have touched. These lice can only live for about 24 hours away from the human head, which has the perfect temperature and an ideal food source (blood!) for the bugs. Even if a louse happened to find its way onto a hat or couch cushion, after a day, the bug would perish.

Some people like to wash everything because the thought of the bugs crawling around anything they own is gross. That’s fine, says Sokoloff, but probably unnecessary.

Are there medications to treat lice?

Your pediatrician may recommend the over-the-counter pyrethrin shampoos we discussed earlier. If those do not work, some doctors suggest medications, such as benzyl alcohol, ivermectin, or sinosad, which you can apply directly to hair to kill either the adults only or both lice and eggs.

If you want to use a medication, be sure to talk with your doctor about potential side effects and usage directions—some treatments, like malathion, are flammable and should not be used with a hair dryer or with an open flame nearby. On top of that, mot all medications have the approval of the American Academy of Pediatrics. So do a little homework before committing to a particular medicated approach.