It's like you're Doctor Strange, but only in your head. 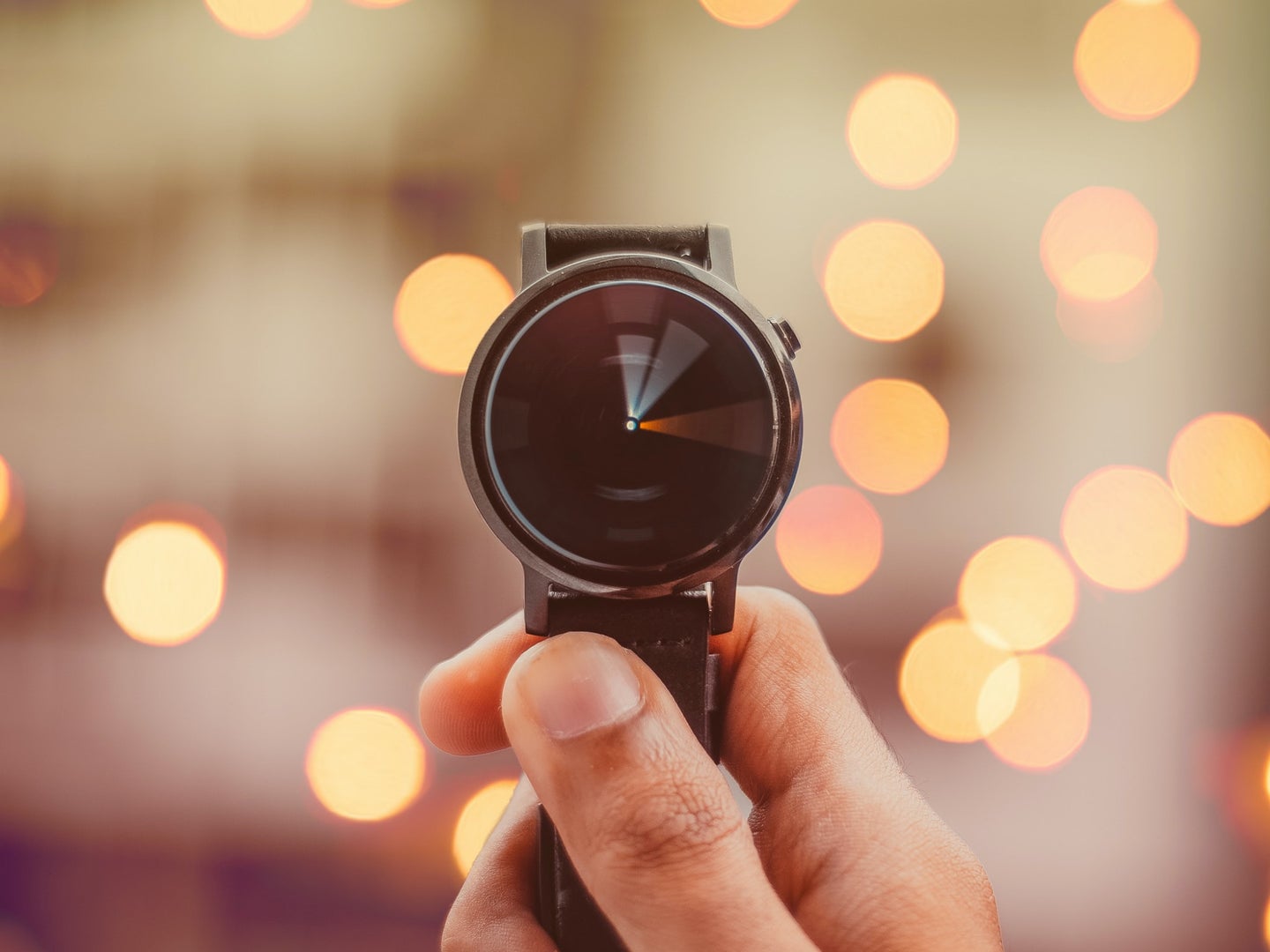 Time seems like it's just flying by, but you can try to fix that. Saffu / Unsplash
SHARE

The older we get, the shorter everything feels, and that can really be quite distressing. Last year’s holiday season feels like yesterday, as does the futuristic-sounding year 2000, and that was almost 22 years ago. Even summer isn’t as long and relaxing as it was when we were young.

As much as we may want to escape time, we can’t, and more and more research suggests that time is somehow intrinsic to our bodies. There is, of course, our circadian rhythm—a natural internal clock that can maintain a 24-hour cycle even while stuck in a dark, empty room for months at a time. And every one of our cells can also tell its own time, so much so that some scientists even assembled a biological clock in a test tube to study how it works.

But even if you’re not on an intellectual quest to determine the nature of time itself, your perception of time dictates a lot of how you experience your past, present, and future. And understanding how you perceive time can help you make the most of it.

Be mindful in the present

When it comes to taking control of time, this tip might just be the most important one. Paying attention to the moment you’re currently living is key to not letting time pass you by.

“Whether its listening to someone else share their experiences, or simply walking from point A to point B, if your mind is racing to the past or the future—like what it will be like when you reach point B, or what that person told you last time—you are not fully present to the richness of the experiences that are occurring that moment, in real time,” says Fuschia Sirois, a psychology professor at The University of Sheffield who specializes in the art of procrastination.

[Related: Procrastination is hurting Future You. Present You can help.]

Being fully present, both cognitively and emotionally, could mean anything from observing every nuance in your friend’s words, to the environmental details around you. One study showed that meditation experts had a better perception of time, and others showed those who practiced meditation felt like time lasted longer than people who do not meditate.

“In being more mindful in our experiences, we may recognize how they may be meaningful to us,” says Sirois. “Meaningfulness can foster positive feelings. These positive feelings support expansive mindsets that can merge our perceptions of the past, present, and future and make the present feel fuller and less fleeting.”

“In my mind there is only one way to slow time: seek novelty,” says David Eagleman, neuroscientist at Stanford University. “The reason this works is because new experiences cause the brain to write down more memory, and then when you read that back out retrospectively, the event seems to have lasted longer.”

That’s essentially why when you travel somewhere for the first time, it feels so much longer than when you’re on your way back. So to make time last longer, you should push yourself to learn new things as often as possible, or at least trick yourself into thinking something is new, like rearranging your office just to make it feel like a new experience. Researchers in the Netherlands found, for example, that novelty enhances our perception of those experiences, and therefore time. The opposite can also be true, and that’s why time felt like it was going faster during COVID-19 lockdown, because we weren’t having new experiences and everything just seems like one big blob of a memory.

Challenge yourself and engage your brain

For Selmer Bringsjord, a professor of logic and philosophy, as well as director of the Rensselaer Artificial Intelligence and Reasoning Laboratory, the longest days often involve spending time tackling problems known in mathematical computer science to be lengthy, difficult solves.

“For example, there are problems known to demand exponential time relative to the size of their inputs; these are known as EXPTIME problems, if you want the fancy label.” Bringsjord, for one, loves American football, and he says that when you closely study NFL games, stats, and make predictions, you are playing an EXPTIME game. “My longest days are often Mondays, because I study what happened the previous day in the NFL, then watch Monday Night Football, and then analyze further—and make some detailed predictions.”

You don’t have to dive as deeply into numbers and complicated problems as he does, but if you try playing chess, checkers, or Go—all EXPTIME games—you just might feel like time is moving a bit slower.

Stop multitasking and focus on one thing at a time

Multitasking is a myth: you’re not juggling many tasks at once, you’re quickly switching between tasks. And if you quickly change tasks, you’re not really focusing on any of them in a meaningful way, a practice that’s bad for your focus and productivity, as well as your understanding of time.

“We need to stop consciously multitasking,” says Caroline Leaf, a cognitive neuroscientist. “This mixes up the energy waves in the brain and creates a sort of tsunami energy effect in the brain and mind and body which will distort our perception of time.” So it’s no surprise that in a 2015 study, researchers from University of Illinois and University of Wisconsin showed that when participants carried out other tasks while watching commercials they felt time was going by more quickly than if they just focused on the commercials. This is, of course, great for killing time while you wait for your favorite movie to return, but it’s detrimental if you’re working on slowing your pace.

Say no, or at least, don’t always say yes

If you are able to protect your time and are intentional about how you spend it, you will feel like you have more control, and you can perceive time more slowly. “Don’t say yes to everything and try to adopt a rule of only so many appointments or social events each week,” says Carol Kaufman-Scarborough, a business professor at Rutgers University who researches consumer time perception.

In fact, stress from having too much on your plate distorts your perception of time, especially when it comes to work and burnout, according to research by the University of Pennsylvania. But the distortion isn’t consistent—stress can make time appear to speed up or slow down, depending on the situation. So please, remove this variable entirely and say no to some more things (just not this tip).

Hold your breath, rest, and let your mind wander

“When we live in reaction mode, time feels like something that is passing by or we are chasing, a fleeting quality that we are not part of constructing, a cosmic conveyer belt taking us somewhere ahead, forward, toward,” says Catherine Cook-Cottone, a mindfulness researcher at the State University of New York at Buffalo. “Time, when slowed, is spacious. Time when contracted or ignored is not… we become ‘pressed for time.’”

[Related: Time isn’t real. Here’s how people capitalized on that.]

This can also mean practicing some moments of daydreaming or reflection, such as five to 10 minutes of mind-wandering to really stimulate the default mode network in the brain, which is the state your brain enters when it’s not stimulated. This basically resets the brain and helps bring more perspective to how you are feeling, as well as how we see time. Thinker moments can also just be moments of daydreaming or boredom.

One of the most extreme examples of this was a “one month of boredom” challenge by Chris Bailey, author of Hyperfocus. To rest his brain from overstimulation, he did something extremely bland for an hour every day, from waiting on hold with an airline company to reading terms and conditions. You don’t have to go that far, but simple rest and boredom will bring your brain back to that default mode and restore your power to slow down time.

And by very fast, we mean travel-into-space-kind-of-fast. Odds are you won’t get a chance to travel at these speeds, but this is worth knowing anyway.

“This will not affect your perception of time’s passing, except that when you reconvene with others who have not been traveling at a significant fraction of the speed of light you will find that they are actually older: more years will for them have passed, and the trees will have more rings,” says Richard Arthur, a philosophy professor at McMaster University.

In fact, studies have shown that time goes by differently in space. Astronauts age more slowly during space travel than they do, or would have, on Earth. In fact, to get a glimpse into how radiation, microgravity, and confinement during a spaceflight affect the passing of time for the human body, NASA studied twin astronauts, Scott and Mark Kelly. Scott went to space for 340 days and Mark stayed at the terrestrial control base. At the end—you guessed it—the one who was in space aged just a little more slowly.

Intentionally capturing details is crucial for ensuring you can savor your experiences, and that time passes more slowly. But part of that is up to how you create memories of those moments, especially after the fact. Developing the right type of mental snapshots can stretch a 10-minute experience to 10 years, or even a lifetime.

Actually doing so can take practice, but you can consider not taking photos. Snapping a pic to remember a ridiculous moment or picturesque view could make our memory of that time worse, according to studies by researchers at the University of California and elsewhere. If that’s a big ask, you should still try to build mental images when you can. After all, your brain can store up to 2.5 petabytes of data, according to researchers at Northwestern University. That’s more than 300 years of Netflix, and if you’re lucky you’ll feel like you enjoyed life for that long.