A Unified Theory Of How Soft, Curved Things Wrinkle 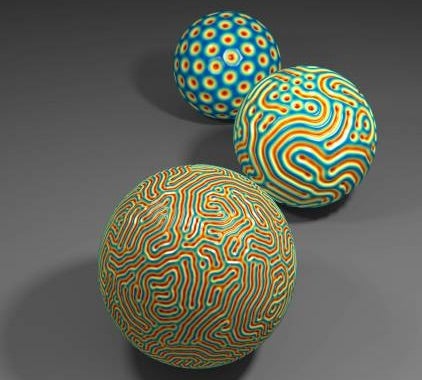 Do your fingertips wrinkle like raisins when you’ve been in the bath too long? Yes, yes, they do. That’s according to a new mathematical attempt at a sort of Unified Theory of Wrinkling. The theory uses the same equation to explain wrinkles on raisins, fingers, brains, and more.

The equation could help chemists working on high-tech materials, the equation’s creators, a team of engineers from MIT, wrote in a paper they published in the journal Nature Materials. For example, chemists can use controlled wrinkling to make the arrays of teensy lenses that go into digital imaging technologies. Wrinkling happens frequently in biology, too, as the rounded balls of cells that make up embryos develop. Perhaps these equations could help biologists understand how important wrinkling patterns, such as those on the brain, arise.

The MIT team members verified their equation by testing centimeter-wide soft hemispheres they made from silicone materials. (So, basically, Barbie implants?) The wrinkling they saw in the hemispheres matched what they predicted from their equation. Of course, not all wrinkly balls look exactly the same. The differences arise from variables such as how steeply curved the surface is, how strong the wrinkling force is, and how thick the wrinkling object’s skin is (Grape skin? Human skin?). All of these variables can go into the equation as coefficients.

Up next, the engineers want to tackle wrinkling on more complex surfaces, such as rings and “Pringle-shaped” areas that have multiple curves, one of the engineers, Pedro Reis, told MIT News.