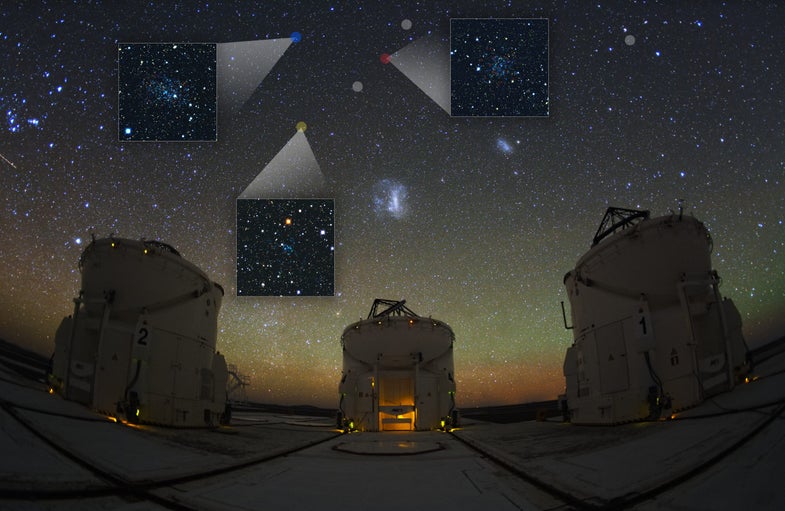 Guess who just moved in down the block? In a study published today in the arXiv, scientists announced the discovery of at least nine star clusters orbiting our own Milky Way Galaxy. Three of the satellites are believed to be three dwarf galaxies.

“The discovery of so many satellites in such a small area of the sky was completely unexpected,” said Sergey Koposov of Cambridge’s Institute of Astronomy, the lead author of the study, in a press release. “I could not believe my eyes.”

Of course, it isn’t likely they moved in recently, we just didn’t notice them until now. That’s going to make taking a plate of cookies over as a housewarming gift super awkward. But in our defense, these new satellites are incredibly dim. According to the researchers, they’re about a billion times dimmer than the Milky Way, and a million times less massive.

They were discovered using images taken during the Dark Energy Survey. The Dark Energy Survey is a five-year project which started in 2013 with the dual mission of surveying the sky of the southern hemisphere, and looking for answers about why the expansion of the universe is accelerating. To find out, researchers use the 570-megapixel Dark Energy Camera, located at the Victor M. Blanco telescope in Chile, to photograph objects in the night sky up to 8 billion light-years away.

The newly discovered satellites are much closer than that, between 97,000 and 1.2 million light years away. Three of them are dwarf galaxies, clusters of stars that are believed to contain large amounts of dark matter (one of the reasons they’re so dim). The others might also be dwarf galaxies, or they might be globular clusters–spherical groups of stars which don’t have as much dark matter.

Whatever they are, its clear we’re starting to have a relationship with them. The closest cluster is being torn apart by the Milky Way, and another of the clusters is about to get pulled into our own galaxy in a galactic case of eminent domain (gravity always has jurisdiction). Maybe we’re not such a good neighbor after all. 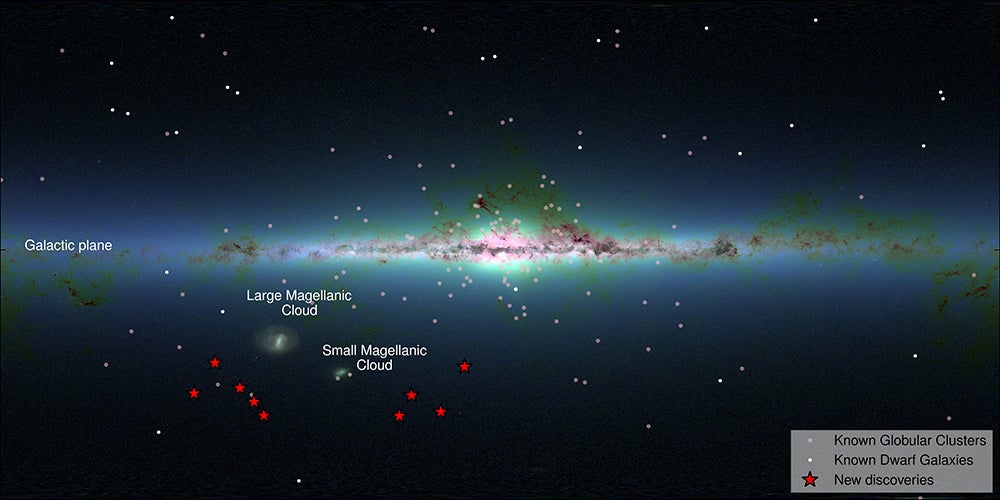