The most powerful sky surveying instrument of its kind gets to work surveying 300 million galaxies and probing the mysterious nature of dark energy. 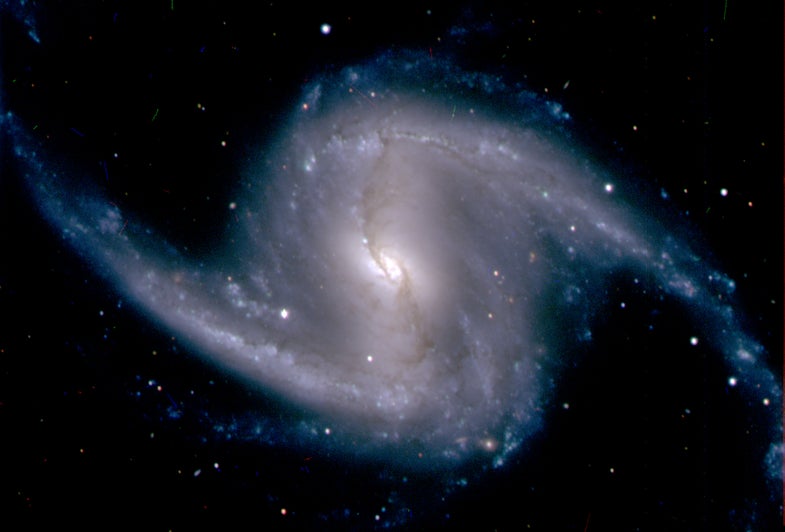 Behold, the product of eight years and 570 megapixels. The U.S. National Optical Astronomy Observatory’s Dark Energy Camera has achieved first light, capturing a sweeping vista of the southern sky on Sept. 12. The most powerful instrument of its kind, the Dark Energy Camera will spend the next five years carrying out the largest galaxy survey ever undertaken, capturing more than 100,000 galaxies up to 8 billion light years away in each image that it collects.

The Dark Energy Camera itself was built by the U.S. Department of Energy’s Fermi National Accelerator Laboratory in Illinois before being shipped down to Chile, where the National Science Foundation’s Cerro Tololo Inter-American Observatory’s Victor M. Blanco telescope resides. The phone-booth sized detector, constructed from an array of 62 sensors, possesses a sensitivity to red light that is unparalleled, allowing it to map the sky in unprecedented detail and hopefully help answer a fundamental cosmological question: Why is the expansion of the universe speeding up?

Dark Energy is a theoretical (but largely accepted) form of energy that is responsible for driving the expansion of the universe at an accelerating pace. Scientists have yet to directly measure it, but they can try to get a handle on the nature of it by studying things like galaxy clusters, supernovae, weak gravitational lensing, and the macro clumping of galaxies. Astronomers have used all of these techniques previously to attempt to measure dark energy; the Dark Energy Camera will let them use all of these methods at once, an astronomical first.

Over five years, the Dark Energy Camera will survey one-eighth of the sky, producing sweeping color images of more than 300 million galaxies, 100,000 galaxy clusters, and thousands of supernovae. For astronomers, those images will produce a bevy of important data related to dark energy. For the rest of us, we get pretty space pics like the detail above. 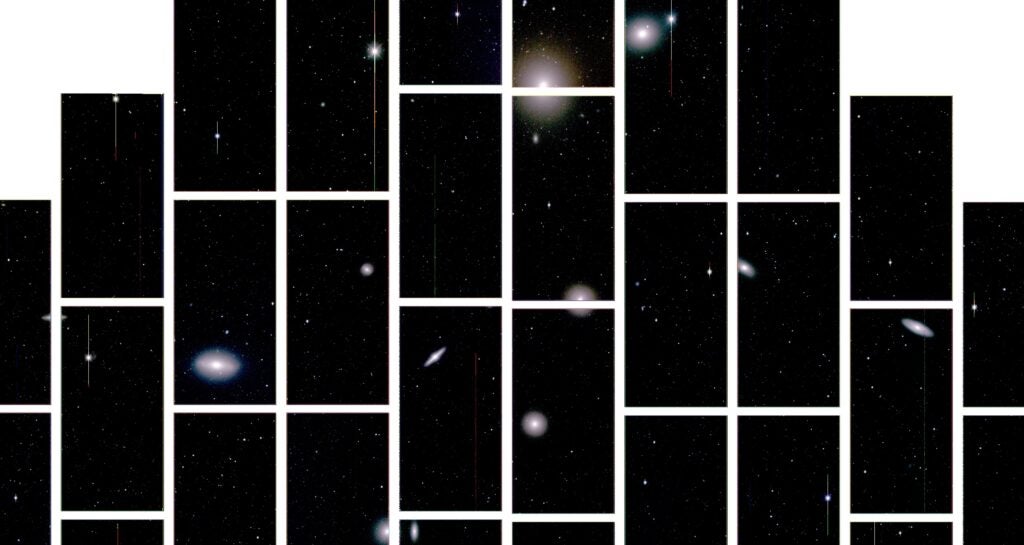 The Fornax cluster of galaxies reside some 60 million light years away.