Over at the Kavli Institute for Particle Astrophysics and Cosmology (KIPAC), which is associated with Stanford University and the SLAC... 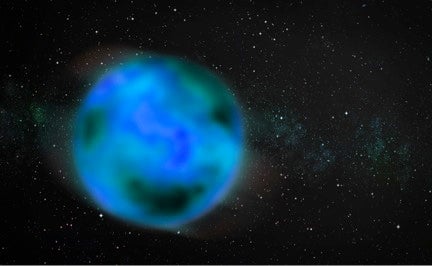 Over at the Kavli Institute for Particle Astrophysics and Cosmology (KIPAC), which is associated with Stanford University and the SLAC National Accelerator Laboratory, a new study indicates that not only are there many so-called “nomad planets” in our galaxy, but that there may be tens of thousands of them, drifting through the Milky Way unattached to a star or your buttoned-up corporate way of life.

Nomad planets have only been confirmed in the last year or so, mostly by monitoring nearby stars to see if and when their light is “refocused” by a large passing object, like a planet. This new study is more math-based; it relies on the known gravitational pull of the entire galaxy, and how that might divide up into objects ranging in size from Pluto-sized rocks to Jupiter-sized giants. The research suggests that there may be as many as 100,000 more nomad planets than there are stars in the galaxy.

The research has some pretty interesting implications; our understanding of interstellar object behavior doesn’t really include unattached planets, and the search for extraterrestrial life could be the first field to really see a change from the survey. Nomad planets don’t have the light and warmth from a star to nurture life, but they actually might not even need it: with a thick atmosphere and a significantly radioactive core, they might theoretically be able to retain enough heat to serve as solo carriers of life through the galaxy.