Is the net still neutral?

Wondering if Net Neutrality is still in place? Here's your answer. 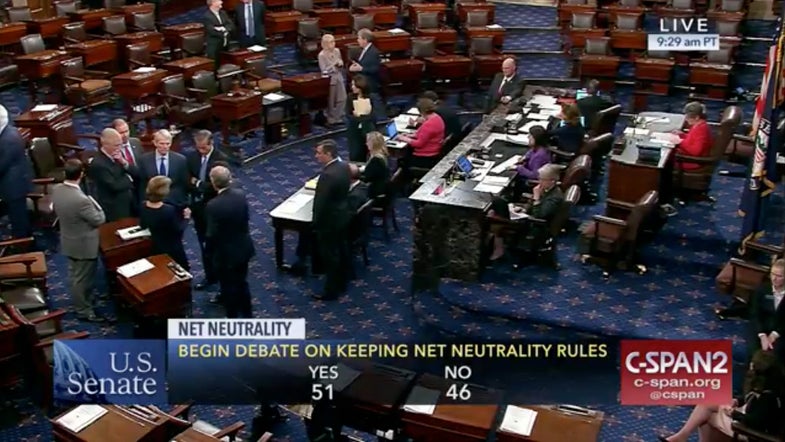 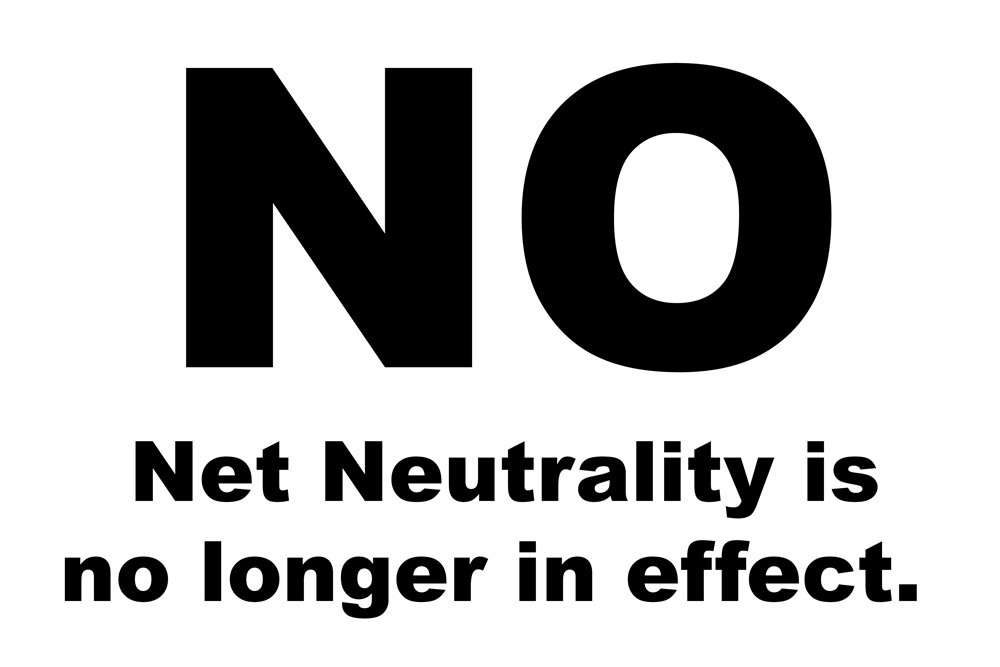 The repeal is official

June 11, 2018 marks six months after the FCC voted to pass the Restoring Internet Freedom Act, which effectively repeals the Net Neutrality protections on the internet. Despite efforts from Congressional Democrats (and a few Republicans), private companies, and consumer advocate groups, the new rules go into effect on a federal level today.

Earlier this year, Washington state passed a law that effectively reinstated the Net Neutrality rules outside the scope of the Federal rules. A total of 29 states have taken some action to try and mitigate the effects of the federal repeal. Some, like Montana and New York, have used executive orders from their respective governors in an effort to keep the rules in place.

Congressional efforts are continuing as well. The Senate voted in May to block the ban using the Congressional Review Act. Now, House Democrats need to get enough signatures (they have 170 of the required 218 at the time of this post) to bring a vote to the floor. Public support for the issue is strong, which may push Representatives to at least vote on the issue.

What does the repeal mean in the short term?

There are three main practices the 2015 Net Neutrality rules aimed to prevent with its regulations:

But, don’t expect to see these tactics employed right away, at least not by the biggest providers. Both Comcast and Charter—two of the country’s biggest providers—are bound to Net Neutrality rules by the terms of acquisition deals from earlier in the decade. Other companies have promised not to employ these tactics, but it will ultimately be up to the FTC to decide whether or not they’re compliant.

How we got here:

On May 16, the U.S. Senate voted 52-47 to block the 2017 Restoring Internet Freedom Act, which, despite its name, is the legislation that would effectively repeal the Open Internet Act of 2015. That law established Net Neutrality and its protection over the internet. You can watch the debate here.

The Senate held this vote under the Congressional Review Act, which allows Congress a 60-day window in which it can nullify the FCC’s decision. Democrats filed the plan within the 60-day window back in February, but the petition forced a vote by June 12.

The Senate officially voted in favor of maintaining Net Neutrality with a simple Majority. Now, the vote needs to pass in the house. Republicans have a 236 to 193 member majority, and the act requires a simple majority to move it along. Even if it passes the House, it would still require the president’s signature to block the repeal.

Congressional Republicans and internet companies have already started stating their objections to the repeal. A key piece of their argument suggests that Net Neutrality unfairly targets internet service providers, without regulating big internet companies like Google and Facebook.

Even though the repeal has gone into effect, there are still lawsuits and motions to sort out. There is currently a coalition of more than 23 state attorneys general suing the FCC on the grounds that the repeal is illegal under the Administrative Procedure Act, which prohibits “arbitrary and capricious” changes to policy.

Unfortunately, former New York attorney general, Eric Schneiderman acted as the head of the coalition. Popular Science has reached out to the coalition to find out who will take the lead after his recent departure.

The FCC claims that states and cities don’t have the right to make this kind of law in the face of federal regulations, and lobbyists that represent ISPs plan to sue the states to get the laws taken off the books.

What can you do right now?

You can join the fight against the repeal by contacting your local lawmakers and encouraging them to vote to support efforts to block the Restoring Internet Freedom Act. Battle for the Net lets you do it using a simple form.