Your supermarket salmon is probably stealing someone else’s food. 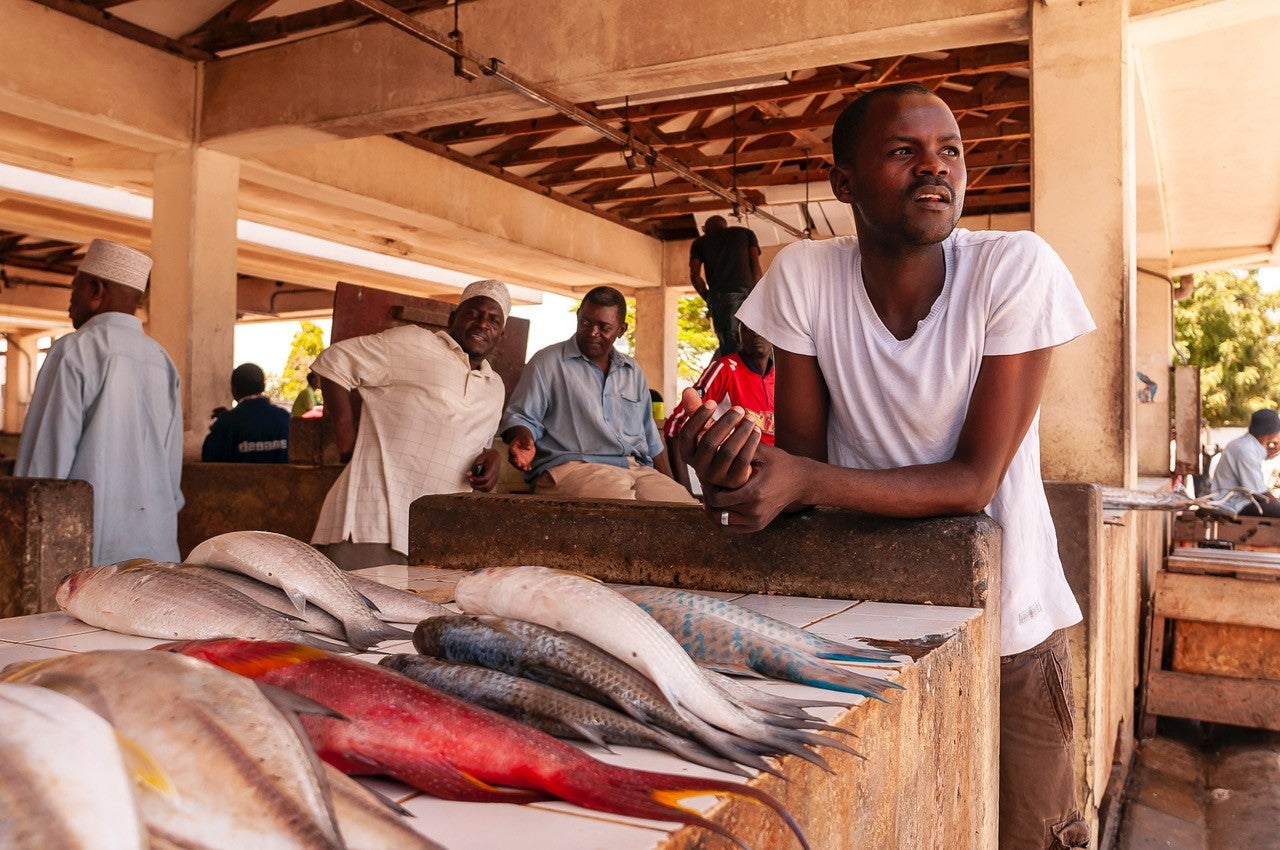 Micronutrient deficiency hurts more than 2 billion people around the world—yet some of the best available sources for minerals and vitamins are being chowed down by fish, not humans.

A new study by an international coalition of researchers shows that while local fisheries are more than productive enough to feed everybody, many developing nations aren’t getting their share of the catch. In fact, a lot of smaller, micronutrient-rich fish are being fed to farm-raised fish, which fetch a higher price on the global market.

The research, published today in Nature, uses a model based on 350 fish species we eat to predict the nutritional value of thousands of others. The model draws its conclusions from several criteria—what the fish eat, where they live, how much energy they must burn to survive—and helps fill in gaps on the micronutrient content of much of the seafood we consume. The authors further looked at fishing data from 2010 to 2014 to estimate how much of each species was harvested in the waters of 43 countries. They then figured out the nutritional potential of each local fishery and compared it with national data on micronutrient deficiencies.

Their results show that in tropical countries with high malnutrition, eating local fish could boost the quality of residents’ diets. “There’s a predictable set of micronutrient deficiencies that you see in populations where people don’t eat a lot of meat or milk,” says Andrew Thorne-Lyman, a Johns Hopkins nutritionist and one of the study authors. That includes six micronutrients that are crucial to human health: zinc, iron, calcium, selenium, omega-3, and vitamin A.

Generally, those elements can be found in species that are high in demand for fish meal, like anchovies off the coast of Peru or sardinella from West Africa. As a result, those smaller fish are landing in the stomachs of farm-raised salmon and supermarket species in other parts of the world.

In the West, fish is often thought of as a low-fat protein source—but they hold many more nutrients, especially when prepared simply and whole. “These small dried fish have been an important source of micronutrients probably for centuries,” Thorne-Lyman says.

“When considering what fish we should eat, given that fish is good for us, it is time to take a broader perspective about how ‘us’ is being defined,” writes fisheries scientist Daniel Pauly in a commentary published with the Nature study. This new information, he adds, “could be used to put a spotlight on fish availability when thinking of ways to prevent human disease caused by micronutrient deficiencies.”