It's not a black hole or a worm hole, however 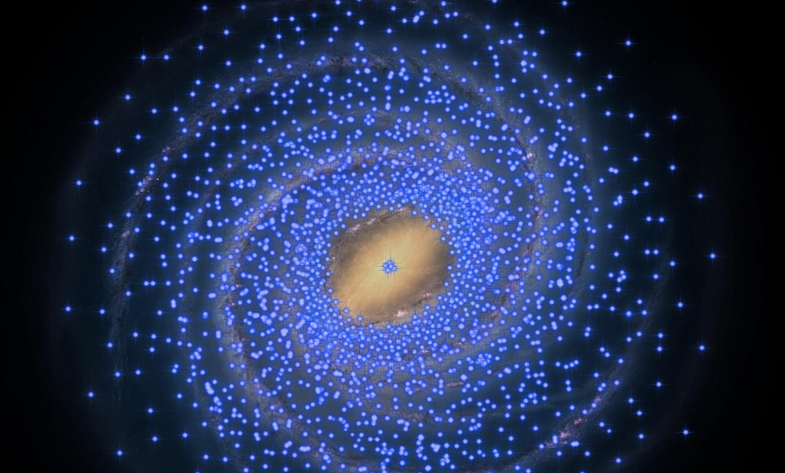 There’s a ring-shaped dead zone in the middle of the Milky Way, and we’re not sure why.

Prof. Noriyuki Matsunaga of the University of Tokyo and his team of astronomers published a study in the Monthly Notices of the Royal Astronomical Society journal finding that the Extreme Inner Disk of the Milky Way is devoid of young stars. The region lies 8,000 lightyears from the center of the galaxy, and is typically hidden from view by “interstellar dust.” The researchers used analysis of near-infrared observations with a telescope in Sutherland, South Africa, and found no young stars. A clump of youngins exist in the very center, but from 150 lightyears to 8,000, none. This implies that no new stars have been formed in this region for hundreds of millions of years, according to a Phys.org press release.

Astronomers use pulsating young stars, called Cepheids, to measure distance. Because their pulsating cycles are related to the star’s luminosity, they make gauging distance from Earth easier than relying on luminosity alone.

Cepheids are much younger than our own Sun — 10 to 300 million years compared to 4.6 billion years. This new finding will help scientists learn more about how our home galaxy formed and continues to evolve. “The current results indicate that there has been no significant star formation in this large region over hundreds of millions years. The movement and the chemical composition of the new Cepheids are helping us to better understand the formation and evolution of the Milky Way,” Giuseppe Bono, one author of the study said in the release.