A decade ago, the bells of doom started to sound for carefree, swinging koalas. A new, HIV-like retrovirus had begun... 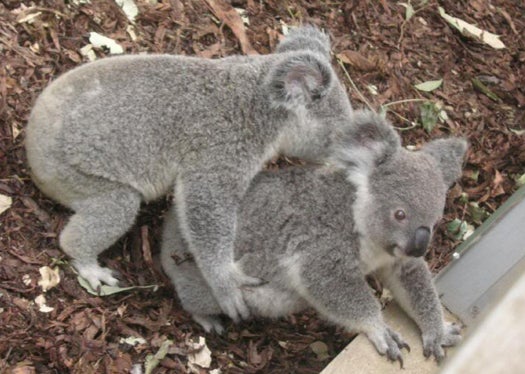 A decade ago, the bells of doom started to sound for carefree, swinging koalas. A new, HIV-like retrovirus had begun to attack the koala population, decimating its ranks and threatening extinction.

Now, the Australian researchers have launched an effort to stop the spread of the virus before it’s too late.

Even before this virus emerged in 2000, koalas were dirtier than a truck stop floozy. Scientists currently estimate that 50 percent of koalas have the sexually transmitted disease chlamydia. Unfortunately, with the retrovirus weakening the koalas’ immune systems, the formerly non-lethal bacteria has transformed into a killer. In fact, YouTube sensation Sam the Koala became the Freddie Mercury of this new disease by dying from complications due to chlamydia in August.

To combat the epidemic, the Australian Wildlife Hospital hopes to expand its health care program for koalas, treating the koalas for their chlamydia before it takes advantage of their retrovirus-weakened immune system. Similarly, researchers at the Queensland University of Technology in Brisbane, Australia, hopes to raise $1.7 million to develop a vaccine for koala chlamydia.