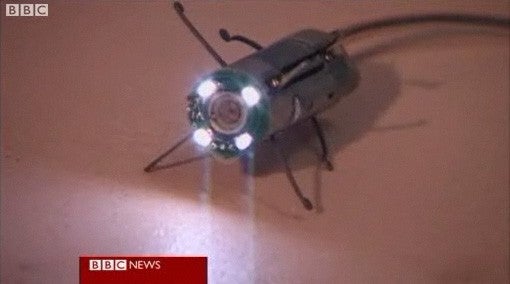 People who dislike having medical cameras snake through their body on the ends of long tubing now have a fun alternative. A new remote-controlled spider bot can scuttle around inside the colon or intestine and perform a medical inspection instead.

Rest assured that the experience sounds much more pleasant than Neo’s icky encounter with an electronic bug in The Matrix. Italian scientists have tested the device inside pigs, controlling the spider bot wirelessly to diagnose serious conditions such as cancer.

Once finished with its exploration, the device exits the body “naturally,” according to the Telegraph.

Pill cameras have come up before, and a German device allowed physicians to steer a pill by moving a magnetic remote control over a patient’s body. But the spider bot concept seems to kick the camera pill up a notch. Fantastic voyage ahoy!