But their research is still still insanely cool 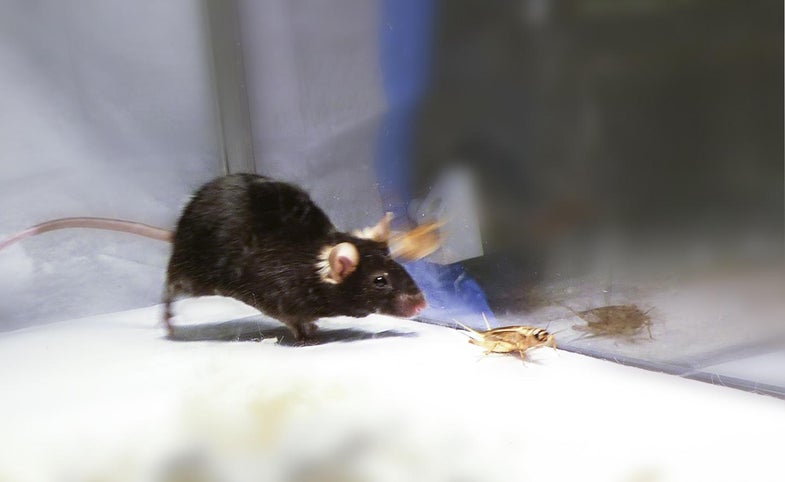 Mind-controlled zombie mice do well on Google News. So do headlines about flipping a “killer instinct” switch. That’s why press releases love phrases like that, and why you’ve probably seen headlines with nearly identical phrasing for the past day or so. Here’s the problem: they’re all pretty misleading.

On Thursday, neuroscientists at Yale University published a paper in the journal Cell showing how they could trigger a mouse’s predatory instincts with a clever genetic trick. Key word: instinct. They’re not engineering mice to be mindless killers, roaming cages in search of their next target. They’re prompting the mice to do something they already do in the wild: hunt. And yes, they did turn the mice into unusually efficient hunters, which I suppose you could argue counts as turning on their “killer instinct.” But it’s a totally natural instinct that wild mice have to have in order to survive—we just don’t normally observe it, because we see mice in cages chowing on food pellets.

That’s the whole reason that this group at Yale was studying predator behavior in the first place. Ivan de Araujo, the senior investigator on these experiments, mostly studies feeding behavior. He decided to look at predator instincts after realizing that cage feeding might not be natural. He’s quoted in the press release saying just that: “They have nothing else to do other than eat the pellets we throw in the cage,” he says. “I began to wonder how natural and relevant this behavior is.”

To be clear: this is a crucial question to ask. If an alien species were studying human feeding behavior, but all they ever looked at was how people ate at public events, we wouldn’t think their studies were all that relevant to our actual lives. So in an effort to look at a mouse’s hunting behavior, de Araujo began researching brain areas that control hunting and feeding. One part of the brain in particular—the central nucleus of the amygdala—was associated almost exclusively with hunting, so he looked there for more clues. 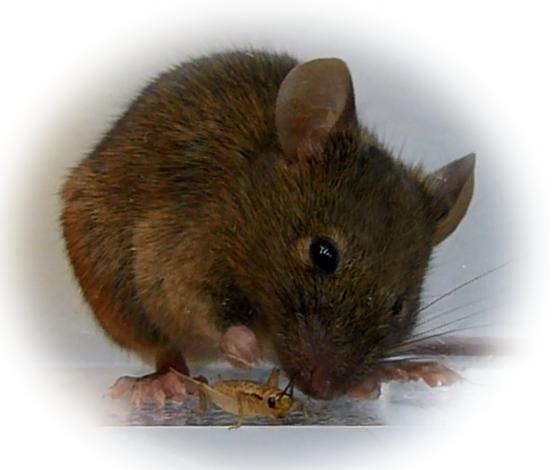 A deadly mouse ponders its prey before murdering it in cold blood.

This is where the whole mind-control business comes in. One of the most powerful, technologically-advanced tools in the neurobiology arsenal is technique that, when described broadly, sounds a lot like mind-control. Technically, it might even be mind-control, depending on how you define it. But it’s so much more nuanced than that. The technique is called optogenetics—“opto” for “light” plus genetics for, well, you get it. There are a couple different ways to use optogenetics, but this paper used a particularly precise method.

You start by genetically engineering mice to express an enzyme called Cre—only in the neurons that you want to study. Then you inject a virus into their brains that contains a light-sensitive protein, which can only be incorporated into the neurons that have the Cre enzyme. You end up with a very specific set of neurons that are activated when you insert a fiber optic light into the mouse’s brain. And if those neurons happen to control a physical process, like hunting or biting, the result looks a lot like mind control. You can use optogenetics to do other things, like implant false memories into a mouse’s brain or selectively erase them. It’s experiments like these that made optogenetics one of the breakthroughs of the decade in *Science * magazine.

To use optogenetics to activate a mouse’s predatory instinct is as simple as identifying a set of neurons that are sufficient to trigger the predatory behavior. This helps scientists understand how the brain controls hunting. It doesn’t make mice into zombies.

We should appreciate this study for the incredible precision with which the researchers executed their experiments and the scientific curiosity it took to notice how one brain area might differ from the others. We should be in awe of how powerful these techniques have become. Scientists can reach into a mouse brain and turn on only the neurons that they want to—that’s freaking ridiculous. But we shouldn’t blithely compare that feat to an episode of The Walking Dead.

Besides, the whole reason that zombies scare people is that they eat other humans and infect their victims. Unless fiber optic cables are infectious, I think the rest of the mouse world can still rest easy.