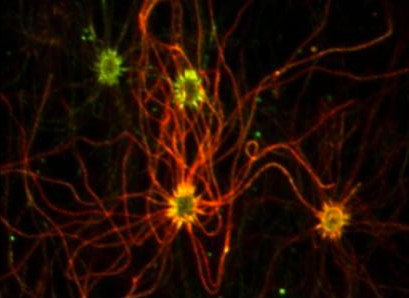 Science can make blind mice see again and deaf mice hear — now scent-deprived mice can sniff their surroundings and smell for the first time, after a new gene therapy. It may be a while before this treatment percolates up to humans, but it’s a sign that gene therapy could restore smell in this rare but disorder.

The lifelong inability to smell, called congenital anosmia, is different from the smell-destruction that can stem from trauma to the brain, olfactory nerve or sinus cavity. People with congenital anosmia have never been able to smell. In this study, researchers at the University of Michigan worked with mice that lacked cilia, those tiny hairs found in the nose and elsewhere in the body. The olfactory nerve uses cilia to detect odors. The genetic defect that causes this lack of cilia is fatal in humans, and it involves a protein called IFT88.

To re-engineer the mice, scientists led by Jeffrey Martens programmed a cold virus with normal IFT88 genes and infected the animals with it. The virus did what viruses do, invading the mouse’s cells and replicating. This inserted the new DNA sequence into the mice, which in turn caused the cilia to re-grow from the ends of the olfactory neuron. This had a notable effect on the appetites of the mice — after just two weeks, the mice increased their body weight by 60 percent. The scientists put some smelly substances in front of the animals and noticed their neurons were firing as they should.

“At the molecular level, function that had been absent was restored,” Martens said in a news release.

Restoring cilia growth could be useful in a wide range of other disorders, the team points out, from kidney disease to retinitis pigmentosa in the eyes. But next Martens and his team plan to study treatments for non-cilia-related anosmia, including degenerative diseases and head trauma. “We know a lot about how this system works — now have to look at how to fix it when it malfunctions,” he said. The research appears in Nature Medicine.