What’s that, again? How short, repeated phrases may further your tots’ speech

Ball! Look at the ball! The ball is blue! When parents talk to babies, it can sound like a mind-numbing... 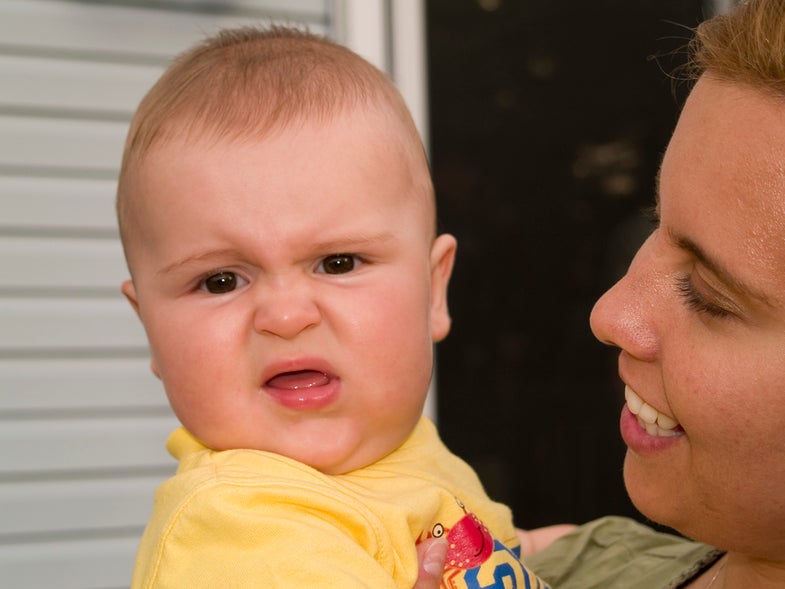 Ball! Look at the ball! The ball is blue!

When parents talk to babies, it can sound like a mind-numbing repetition of words and terms – but research is starting to show that the repetition of short words may be a part of the larger constellation of language development.

Lots of research has shown that the amount of language kids hear in the first few years of life is vitally important to their own verbal abilities later. But few have started to hone in on the quality and characteristics of this language.

Nan Bernstein Ratner, a language scientist at the University of Maryland, presented a study on short repeated utterances at this year’s American Speech–Language–Hearing Association meeting in Orlando, Florida last month.

The number of words kids year, Bernstein Ratner says, has to be combined with what’s inside the utterances, to help the kids find the words within the input the example of the conversation about the ball – first naming it, then describing it – is a good way to prime kids’ brains.

“Kids may understand the word ball first, and then look at the,” she says. “The repetition helps them to pull the language apart. Whereas if you have this huge blurb of stuff, it’s much tougher for the kids to unlock the words.”

Bernstein Ratner’s lab has been researching 125 families with kids, starting when the babies were 7 months and following them until the kids were 2 years old. She says that including the parents’ interactions with the kids was a no-brainer.

For this study, the researchers looked at the parent-baby play interactions of the 7- and 8-month olds who scored lowest and highest on a language evaluation test. They found a significant relationship between the frequent repetition of short utterance words in longer utterances and language test scores.

Bernstein Ratner says that the results suggest that infants are able to process and develop from the input given to them – even at 7 and 8 months old.

Other research with the same group of families has found that babies who can segment words — identify words in the stream of speech — showed very different outcomes at age 2 than those who weren’t as good at segmentation, that verbal ability continued through kindergarten. That difference existed even though the babies’ non-verbal IQ scores were the same.