Lyme disease is thriving thanks to climate change 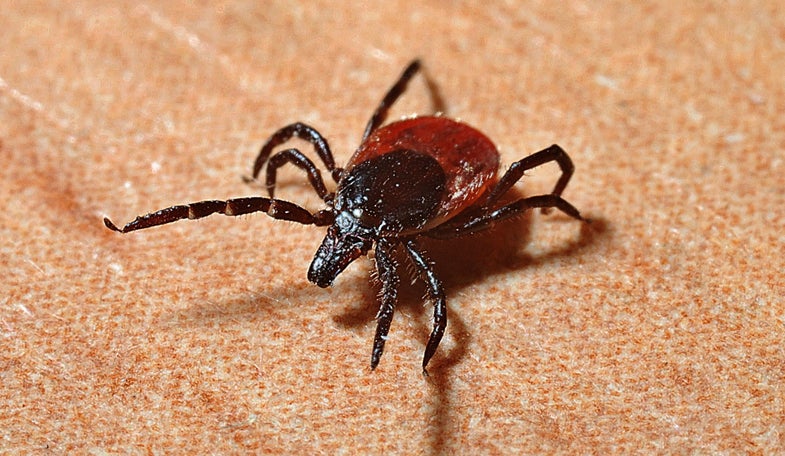 German physician Alfred Buchwald had no clue that the chronic skin inflammation he described in 1883 was the first recorded case of a serious tick-carrying disease, one that would take hold in a small Connecticut town almost a century later and go on to afflict people across the United States. Today we know a lot more than Buchwald did about Lyme disease — that it is caused by a bacterium, Borrelia burgdorferi, and it is transmitted to humans by blacklegged ticks, and that it can cause untold misery for those infected. U.S. scientists first recognized the disease in the 1970s in Old Lyme, Connecticut — hence the name. The condition starts with fever, headache, fatigue, and a characteristic bullseye rash. Untreated, it can spread to the joints, the heart, and nervous system producing long-lasting, debilitating symptoms. Early use of antibiotics is crucial. About 300,000 Americans are diagnosed annually with Lyme, with cases concentrated in the Northeast and upper Midwest, according to the Centers for Disease Control and Prevention. The incidence of the disease has doubled in the United States since 1991, according to the EPA. And it’s about to get much worse, thanks to climate change.

“Warmer temperatures are making cold places suitable habitats for ticks, so new places are having Lyme disease cases, and endemic areas are having more cases than the average,” said Edson Severnini, assistant professor of economics and public policy at Carnegie Mellon University’s Heinz College, and co-author of a new study that predicts the incidence Lyme disease will rise around 21 percent by mid-century.

Climate change already has amplified the range of invasive insects that devour crops, destroy homes, and spread disease. “Tick-borne diseases are an important public health concern and the incidence of these infections is increasing in the United States and worldwide,” said Igor Dumic, the study’s lead author and a researcher at the Mayo Clinic College of Medicine and Science who has treated numerous Lyme patients. “Lyme disease is a classic example of the link between environmental factors and the occurrence and spread of disease.”

Ticks spend most of their lives in environments where temperature and humidity directly affect their survival. For this reason, the EPA uses Lyme disease as an indicator of climate change. Higher temperatures spur ticks to venture farther in search of hosts, such as deer, which are more plentiful after warmer winters. “The Lyme disease vector tick needs deer to complete its life cycle, so this means that more ticks will be completing their life cycle, and consequently the tick population will increase,” Severnini said. “Also, as temperature rises, people may engage in more outdoor activities, increasing exposure to ticks.”

The research, which appears in the Canadian Journal of Infectious Diseases and Medical Microbiology, examined the relationship between weather conditions and Lyme disease in 15 U.S. states. These states, located primarily in the Northeast and Upper Midwest, make up 95 percent of all U.S. reported cases. The scientists used epidemiological data from the CDC and at meteorological data from the National Oceanic and Atmospheric Administration.

Assuming the temperature will increase by 2 degrees Celsius by mid-century — the forecast of the U.S. National Climate Assessment—the United States will see 8.6 more cases of Lyme disease per 100,000 people annually. That is bad news, but governments can take steps to keep the disease in check, Severnini said.

“We need to educate people about how to look for ticks after going to wooded areas where ticks are abundant,” he said. “Secondly, people and clinicians should be aware that just because ticks are not present in certain areas it doesn’t mean that people aren’t traveling to areas where ticks are present. For example, a resident of Arizona, where Lyme disease is rare, can acquire it while camping in Wisconsin and get symptoms upon returning to [his or her] home state of Arizona.”

It’s not just education, Severnini said. “We can also invest in the development of a Lyme vaccine, use insecticide and acaricidal to decrease the tick population,” he added. “Finally, we can prevent severe global warming.”