Expect to pay more for that pint. 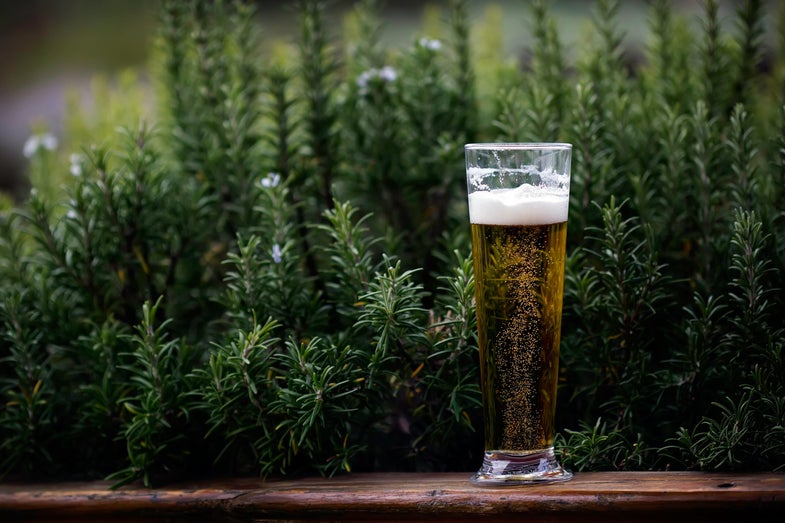 Beer is the most popular alcoholic beverage in the United States and around the world. It accounts for nearly half of all the alcohol Americans drink, according to the Beer Institute. It’s the perennial favorite of college students, runners, certain high-ranking members of the judiciary and just about anyone who wants a cool one on a hot day. It’s the staple of “beer pong” tournaments and Oktoberfest celebrations. But brace yourselves: Soon, you may be weeping into your brew. Climate change is causing the global beer supply to go down—and its price to go up. “Tough times for beer enthusiasts,” said Steven J. Davis, associate professor in the department of Earth system science at the University of California at Irvine (UCI), and author of a new study that looks at the impact of climate change on beer. “Although this study may seem like climate science clickbait, I think it is actually yet another example of the many ways that climate change is bound to affect our lives. Just because people have air conditioning in their homes and don’t live on a low-lying island, climate change is still going to affect them in one of a million different ways. Unfortunately, the volatility in extreme weather will translate into volatility in beer prices, and that’s one of the effects of climate change that beer drinkers won’t be able to escape.”

To be sure, “the world is facing many life-threatening impacts of climate change, so people having to spend a bit more to drink beer may seem trivial by comparison,” added Davis, a beer fan and, in recent years, a home brewer. “But there is definitely a cross-cultural appeal to beer, and not having a cool pint at the end of an increasingly common hot day just adds insult to injury.”

Beer lovers will be hurting because global warming is fueling persistent droughts and prolonged heat waves that already contribute to crop loss and are expected to produce dramatic declines in the yield of barley, beer’s main ingredient. The researchers modeled scenarios based on current and expected levels of carbon pollution. The study appears in the journal Nature Plants.

“The study linked up three types of global models: Climate models that tell us how temperatures and precipitation may change in the future, a crop model that tells us how barley crops will respond to those changes, and an economic model that tells us how any decreases in the supply of barley — and beer — will be shared among countries via international trade, and what prices apply,” Davis said.

The researchers found that, in the worst-case scenario, parts of the world will see barley yields drop as much as 17 percent. These regions include the northern Great Plains, Canadian prairies, Europe, Australia, and the Asian steppe.

The cost of beer will rise the most in wealthy, beer-loving countries such as Belgium, Canada, Denmark, and Poland, according to the researchers. During drought years, residents of Ireland might spend the equivalent of an extra $20 for a six-pack, Davis said. Moreover, beer-drinking will likely drop in poorer countries, such as China, where many will not be able to afford the increase in price.

The study showed that in the most severe climate events, the supply of beer could drop by about 16 percent in years when droughts and heat waves strike, Davis said, adding, “That’s comparable to all beer consumption in the U.S. Future climate and pricing conditions could put beer out of reach for hundreds of millions of people around the world.”

Only 17 percent of the world’s barley production goes into brewing. The rest is used for livestock feed. This could raise an interesting conflict between animal and human sustenance, although experts believe it’s no contest — animals should come first, they say. “Indeed, and they do,” Davis said. “For this reason, beer production [will decrease] by a larger percentage than barley production in the extreme years as the economy prioritizes staples over luxury.”

The average cost of a six-pack of beer in the United States is about $8, Davis said. “In the median extreme year under higher warming scenarios, we found that beer prices in the U.S. [would] increase by $1.19 per six-pack, but in the more severe extreme years prices would more than double, rising by $8.31 per six-pack,” he said.

The study doesn’t address the economic consequences for beer manufacturers. “This is a hard one to answer, as different breweries will have very different exposures due to their different shares of the market, profit margins and consumer bases,” Davis said. “I would guess that fans of craft brew are generally less cost-sensitive than Coors Light drinkers, which would make me think that big breweries might be more impacted. But then again, the profit margins of craft beer may be less, given their smaller production volumes, meaning that craft breweries won’t be able to shield their customers from big price spikes.”

Climate change also has been affecting wine production both here and abroad, but wine tends to be more expensive than beer. “I have no data to support this, but I’d expect beer drinkers to be more cost conscious on average than wine drinkers, so that the same relative increase in the price of beer and wine might be felt more by beer drinkers,” he added, especially for a generation of college kids. “Cheap beer may not be so cheap anymore,” he said.