Robots Seem More Thoughtful If They Glance Away While They Talk

Maybe you can use some of these tricks to impress your next date. (Plus, talking about robots is always impressive and sexy, non?) 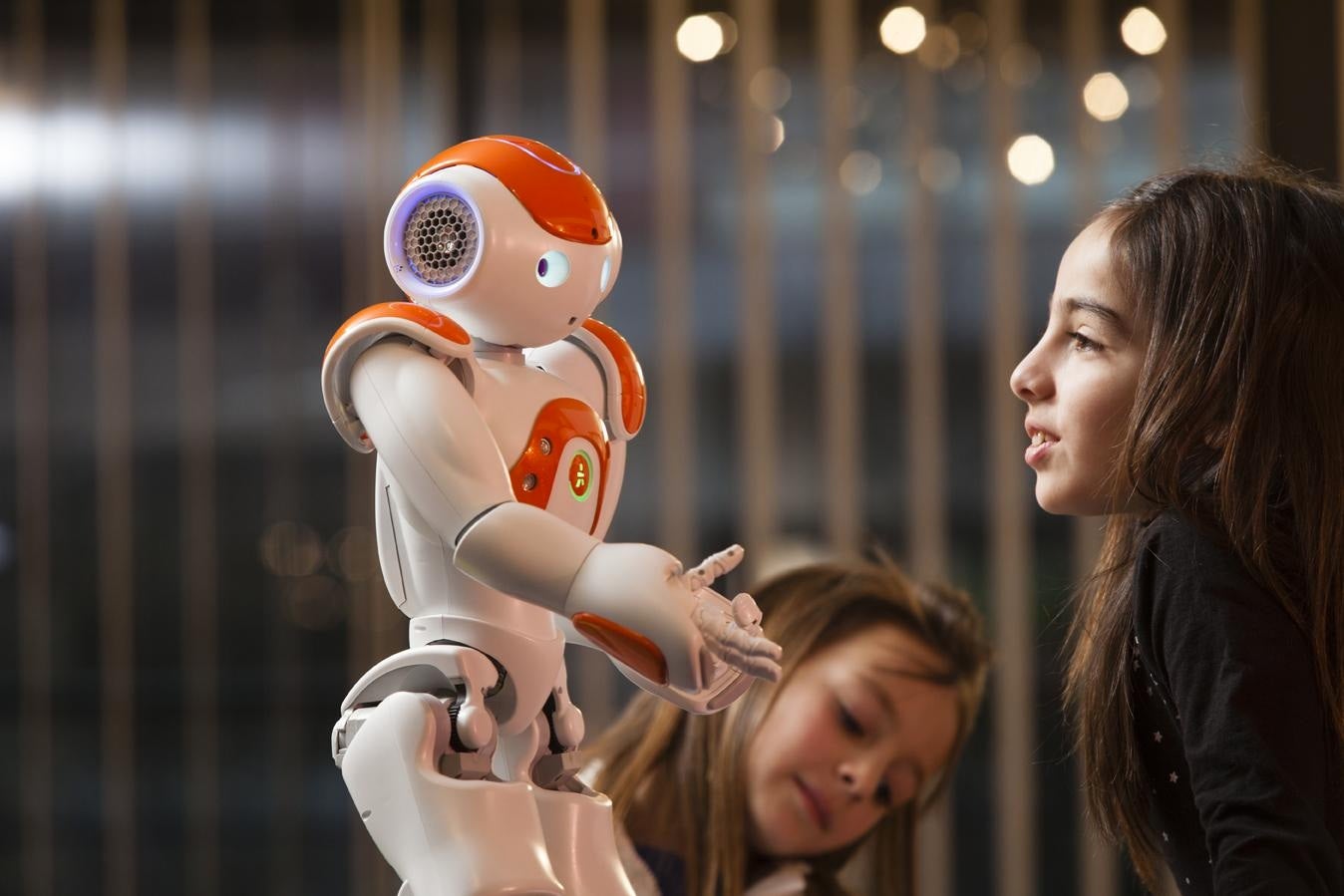 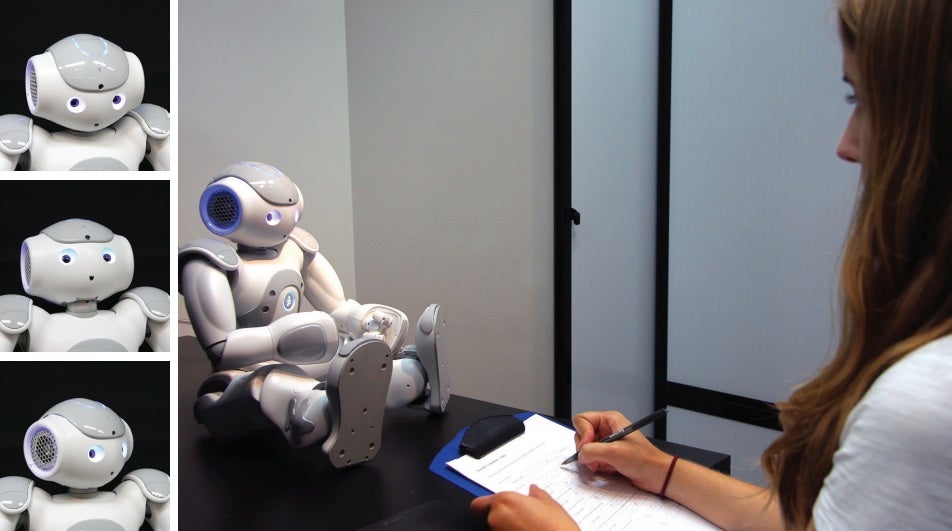 NAO Robot “Looking Away” from Its Human Conversation Partner

The NAO robot can’t move its eyes, so it can’t really look away in the manner people do. Researchers programmed it to tilt its head instead.

Check out this Nao robot looking at you out of the tail of its eye. Do you feel it’s thinking more deeply? Many people do, apparently.

In a recent bit of research, robot-programmers wrote code to make Nao robots look away sometimes while conversing with people. Naos are little humanoid robots, popular with schools and researchers, that are designed to interact with people. In a series of experiments, computer scientists at the University of Wisconsin-Madison found that giving Naos look-away behaviors made people think the Naos’ responses to questions were more thoughtful. The glances away also prevented people from interrupting the Naos during conversation. Pretty good for two-foot-tall machines made mostly of white plastic.

The Wisconsin research is part of an ongoing effort, by scientists all over the world, to make robot interactions with people more natural. In the future, natural interactions will be important for people to understand and cooperate with robots at work and at home, researchers contend. (I wouldn’t argue otherwise.) And it’s not just about getting robots to say the right thing in response to humans. When people talk and work with each other, they use a whole suite of little movements that unconsciously tell their conversation partners, You’re talking with a thinking being.

When people talk and work with each other, they use a whole suite of little movements that unconsciously tell their conversation partners, You’re talking with a thinking being.

Of course, all this research tells us a little about people, too. Even if humans can sense that there’s something missing from a robot that doesn’t look away sometimes during conversation, they might have a hard time identifying exactly what’s wrong. The UW-Wisconsin research shows just how important it is to break eye contact sometimes. Previous decades of research show that people generally look away from their conversation partners while they’re talking. The look away helps them formulate their thoughts without the distraction of watching the other person’s face. That’s what made look-away Naos seem more thoughtful compared to Naos not programmed to look away, the Wisconsin researchers hypothesized in a paper they wrote for a conference hosted by the Association for Computing Machinery.

People also look away while they’re in the middle of a thought, to indicate to the other person, I might be pausing right now, but I still have something more to say. That keeps the other person from interrupting. The same trick works for Naos, the Wisconsin researchers found.

One bit of relief: The researchers were also hoping their programmed Naos might encourage their human partners say more in response to intimate questions such as, “What is something you don’t like about yourself?” But people didn’t respond any more to look-away Naos than Naos without the looking behavior programmed in. Whew, so robots can’t use subtle body language to get you to reveal your secrets… yet.

[via The Badger Herald]