Nothing to see here, hippo... 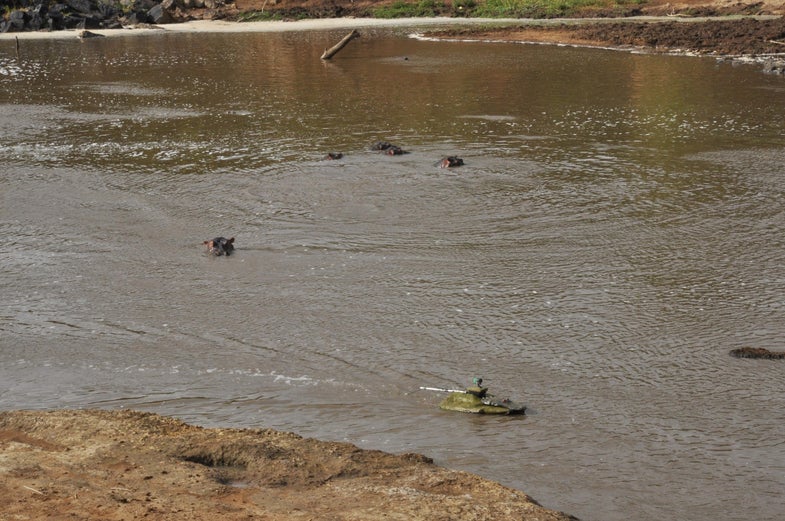 The hippos generally leave the croc-boat alone, as long as it sticks to deep water and gives them wide berth. Carnegie Mellon University
SHARE 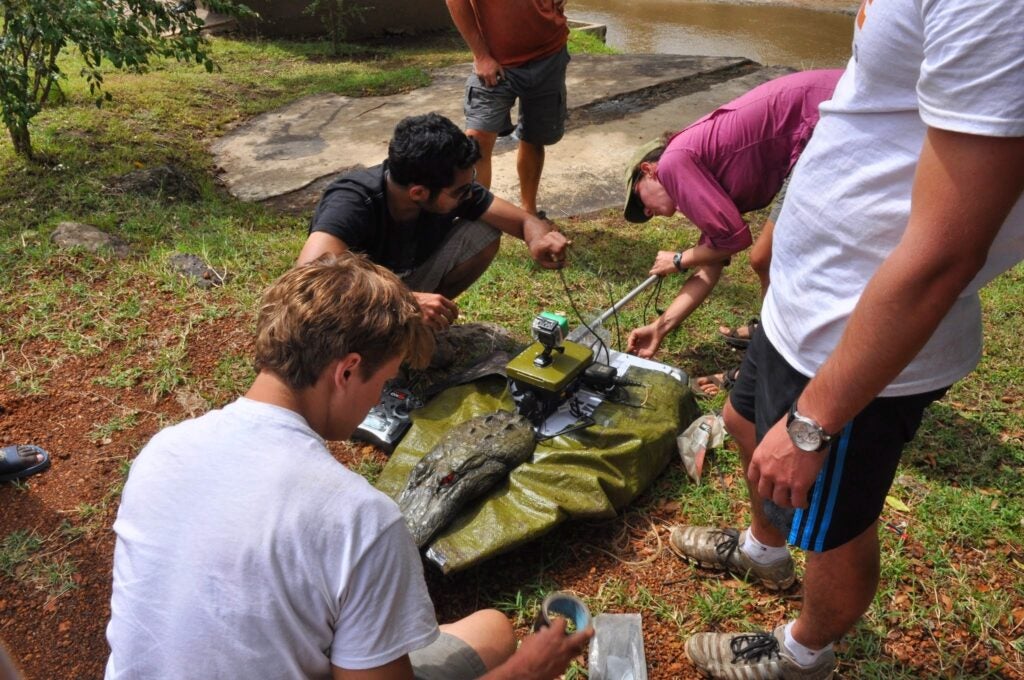 The crocodile boat, up close

Hippos eat and hippos defecate, as animals do. That’s usually no cause for concern or interest. However, in Kenya’s Mara River, in which about 4,000 hippos live (and poo), this hippo waste may be causing downstream fish kills. The theory is that when the water level is low, the material has time to settle to the bottom and decompose, using up oxygen.

But that hypothesis hasn’t been rigorously tested. Perhaps there is something else causing the fish deaths. Well, what to do, brave scientist? To the hippo pools! Study that sh-t! The only problem is, hippos are territorial and don’t like when people come close to them–they kill nearly 3,000 people per year, according to the African Wildlife Foundation. They have also been known to attack boats. So a team of researchers from Carnegie Mellon University created three boats for the job, and after the advice of a Masai guide, disguised them as crocodiles. Hippos and crocs can co-exist peacefully in the same general region, so long as they don’t get in each other’s way. 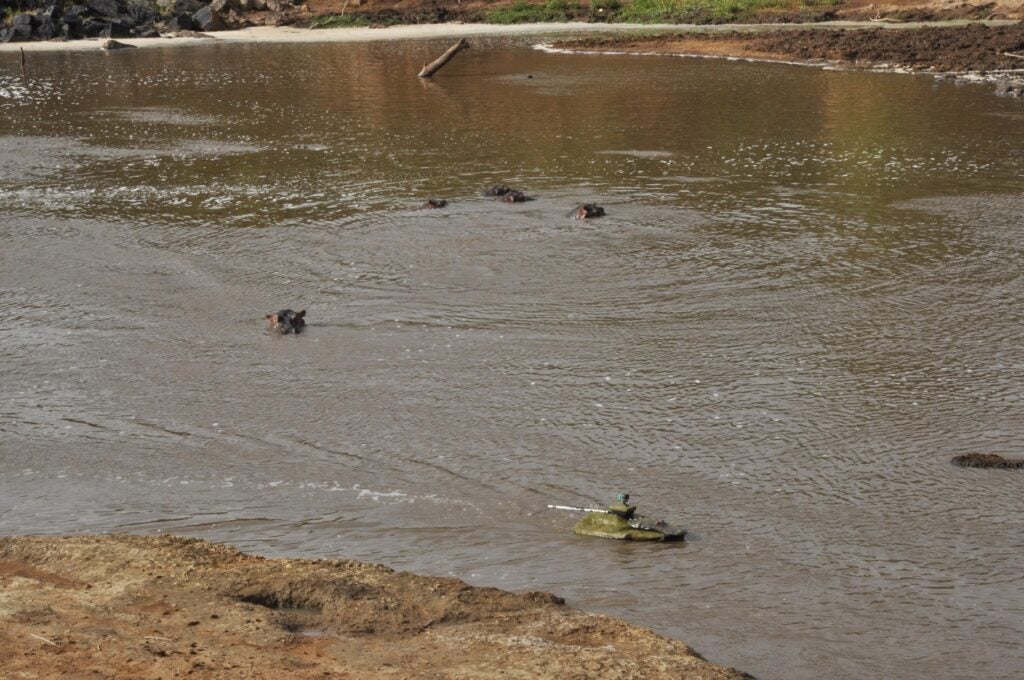 The hippos generally leave the croc-boat alone, as long as it sticks to deep water and gives them wide berth.

The idea appears to have worked. The team’s three boats, made of plastic and weighing about 13 pounds, were able to collect data about the depth of hippo poo and to take several measures of water quality, during a three-week trip this past summer. The data are still being analyzed, and haven’t been published yet. The boats can autonomously perform sampling tasks, but can also be remotely driven.

There was one close call, however, when a hippo chased one of the boats. Luckily the boat got away, according to a statement from Carnegie Mellon. Below is a video of that close call (it gets good at 1:35).