Virgin Galactic: We Are Moving Forward

Commercial space hopefuls pledge to continue their “mission to make space accessible for all.” 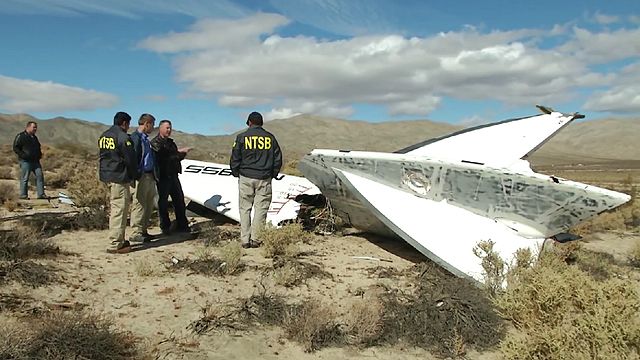 Last night, Virgin Galactic held a press conference intended as its last connected directly to SpaceShipTwo’s crash on Friday. The conference had three major themes: the crash investigation is ongoing, the cutting edge of transportation technology always carries risk, and despite setbacks Virgin Galactic has no intention to abandon space tourism.

At the core of the statement is a vision that Virgin Galactic’s planned short hops into space, currently priced only for a wealthy elite, are part of the progression of all humankind:

It’s an ambitious statement, especially bold in light of the recent crash. Stuart Witt, chief executive of the Mojave Spaceport that launched SpaceShipTwo on Friday, is fond of comparing the craft to the voyages of 16th century Portuguese explorer Ferdinand Magellan. Magellan is best known for launching the first naval expedition to circumnavigate the globe, though Magellan himself and the vast majority of his crew died along the way.

The 21st century is not the 16th century, and the death of co-pilot Michael Alsbury in the crash might shutter the whole enterprise. Writing for Popular Science, Eric Adams noted a key twinge of doubt in Virgin Galactic founder Richard Branson’s remarks immediately following the crash:

Virgin Galactic’s statement last night had less doubt than the ones made immediately following the spaceship’s crash. But the possibility remains that the SpaceShipTwo might not be humanity’s bridge to the stars the way its creators hoped.

Meanwhile the National Transportation Safety Board is leading the investigation into the cause of the crash, and we can expect that they’ll be very thorough doing so. Everything about the flight, from the vehicle’s construction to surviving pilot Peter Siebold’s recollection to fuel mixtures and failsafes will be pored over, all trying to establish exactly what went wrong so that it can never happen again. In part, the answer to SpaceShipTwo’s crash will be found among the wreckage in the Mojave: