All aboard the nostalgia train, next stop Kakariko Village 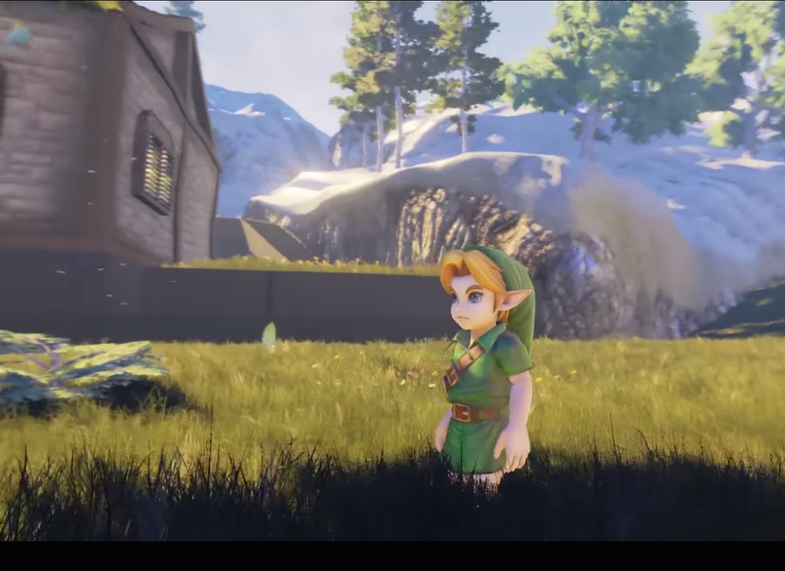 Few games are as legendary as Legend of Zelda: Ocarina of Time. When first released on the N64 back in 1998, it helped change the adventure game forever. Though, like most games from nearly 20 years ago, the visuals look quite dated. Even the 3DS Ocarina of Time remake with updated graphics can still take things a bit further. Enter Unreal Engine 4. The high-powered graphics-rendering software has been the favorite of third-party developers looking to re-create classic video games in glorious ultra high-definition, as of late.

One doesn’t have to look far to find more videos of Hyrule coated in Unreal Engine-y goodness. The previous Zelda video containing new graphics depicted the water level Zora’s Domain. Other re-done environments showcase different areas, such as the Temple of Time or even settings from other Zelda games, such as Majora’s Mask.

The latest video shows Link running through the Kakariko Village. While the town contained other people, Cuccos and pots ripe for the smashing in the N64 version of the game, the Unreal Engine 4 fan mockup does a good job of illustrating what exactly an HD Zelda title could look like—at least as well it can without Nintendo’s backing. But don’t worry—Nintendo’s HD Zelda mock-up is out there too. Perhaps we can expect some official visuals to be revealed alongside the Nintendo NX.