Behold The Trailer for The New ‘Legend of Zelda: Breath of the Wild’ 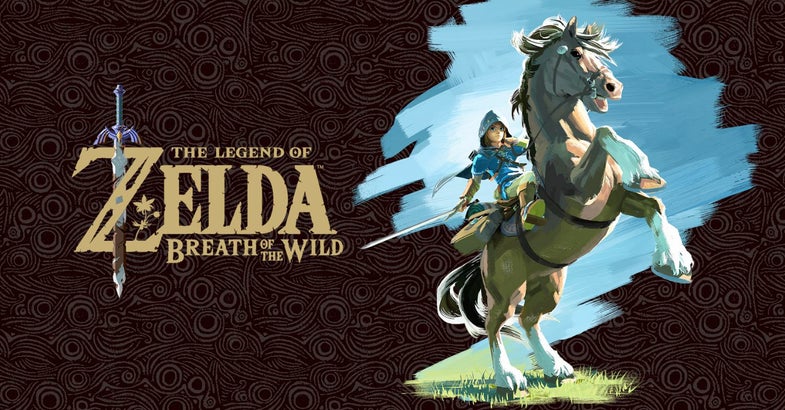 The title artwork for the new Zelda game for the Nintendo Wii U, coming in December 2016. Nintendo
SHARE

Earlier today at the annual E3 videogame conference in Los Angeles, Nintendo pulled back the curtain on the latest installment in its iconic Zelda franchise. The Legend of Zelda: Breath of the Wild will be the first new Zelda game created for Nintendo’s four-year-old Wii U system (instead of just updated versions of games for older systems). Based on the new trailer, it looks pretty incredible.

The Legend of Zelda: Breath of the Wild is also the most “open world” Zelda game yet. While previous games let players embody the Hylian warrior Link and travel throughout various fantasy worlds with relative freedom, the actual set of movements you had at your disposal, and the areas you could reach, were not as unrestrained as other games (looking at you, GTA).

Now Link will be able to climb “any vertical structure,” according to Hardcore Gamer, and the map of Breath of the Wild will be 12 times larger than Twilight Princess, the hit Zelda game for the Gamecube and Wii, as IGN reports.

The openness and emphasis on climbing reminds this admitted non-gamer of Shadow of the Colossus, the hit giant-killing game for the PS2 that dominated many of my undergraduate days and nights (yes, I was quite the badass). The new animation style and improved graphics are also gorgeous. Maybe they’ll finally stop fans from resorting to making their own Zelda videos in Unreal Engine (yeah right).

Legend of Zelda: Breath of the Wild is available now for pre-order for $59.99 online at Best Buy and Amazon. Though no official release date has been set, the Amazon page lists December 30, 2016.