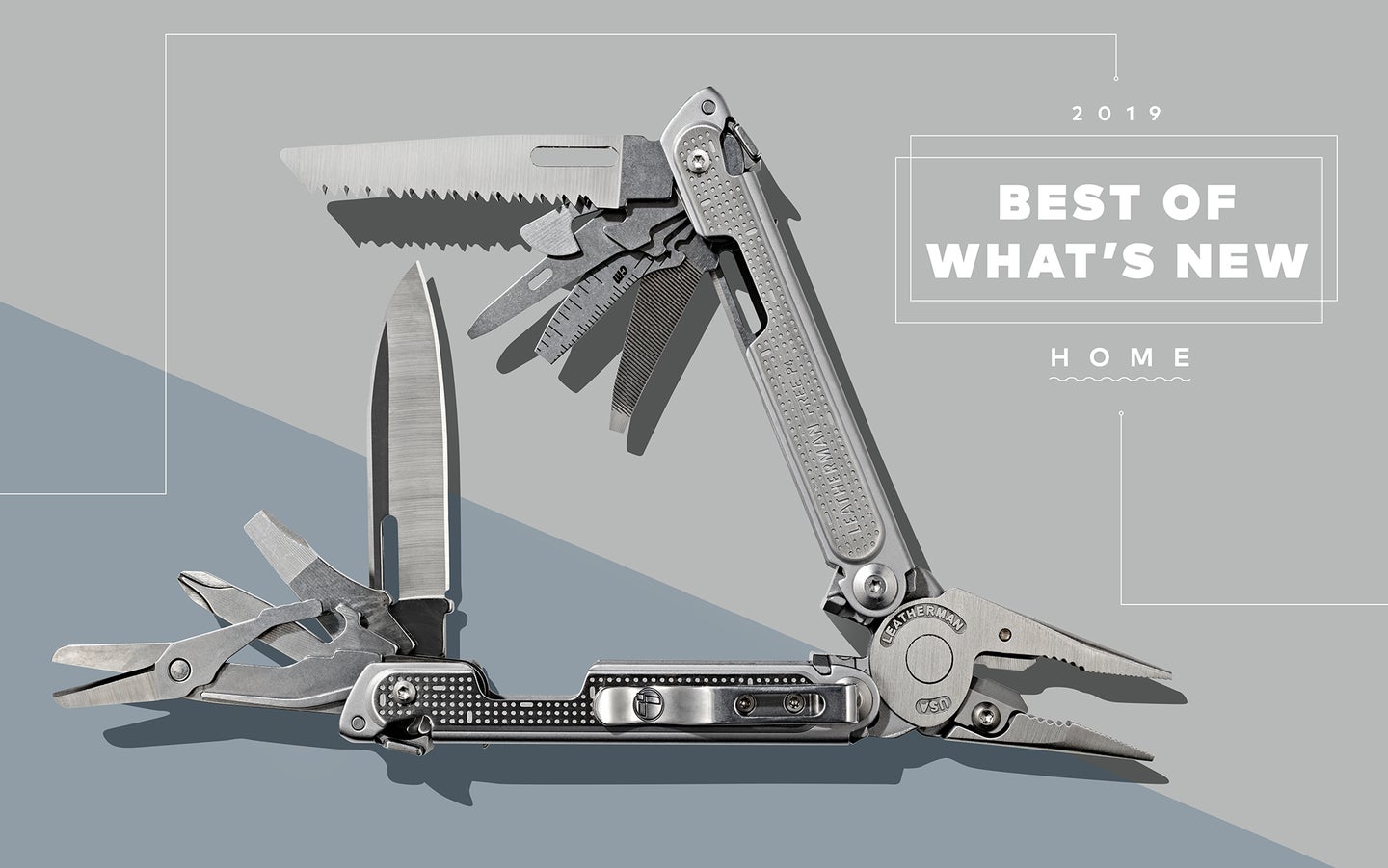 You don’t need to stuff your house full of smart gadgets to surround yourself with cool gear. Sure, this list features an omniscient light that matches the sunshine streaming through your window—but there’s also a super-rugged tape measure, as well as a stroller that’ll do some of the pushing itself. Mix and match however you please. 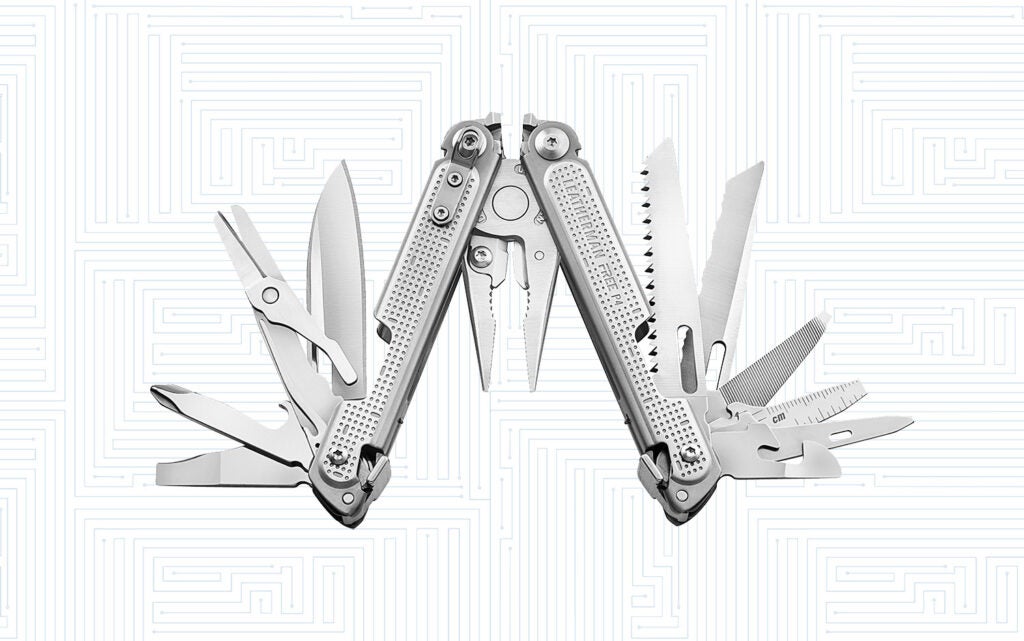 Magnetic multitools you can wield with one hand.

For decades, multitool users have had to swallow their angst while struggling to lift out tightly tucked can openers and knives. But after five years of development, Leatherman has come up with a seemingly simple fix: a unique piece of hardware that replaces stiff metal joints with magnets. Those magnets will disengage with the flick of a wrist, but are strong enough to keep all the tools—21 in the P4 and 19 in the P2—folded in when you’re not using them. Engineers also made sure the magnetic field wouldn’t reach farther than necessary, so the P-series won’t stick to your keys. It’s not just magnets, either: The makers ditched pinching metal springs in favor of an elastic polymer that snaps the handles into place when the pliers are in use, allowing for a stronger set of pliers in a nifty portable package. 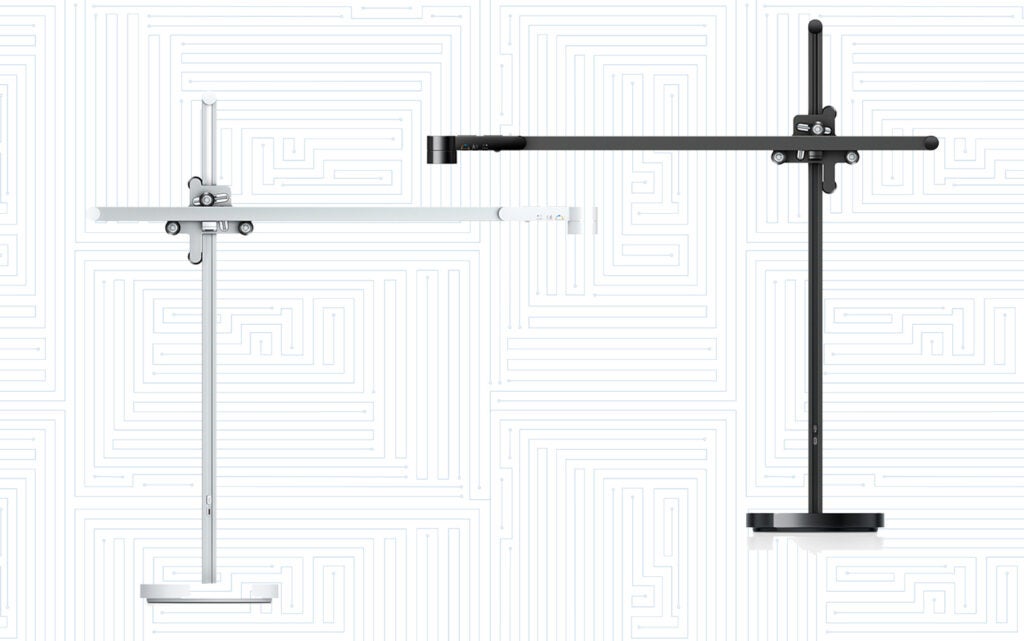 A smart fixture that burns on for decades.

If you enjoy changing light bulbs, this is not the lamp for you. Dyson’s Lightcycle desk and floor lamps channel heat away from their bulbs with a heat pipe in the arm, technology that extends the life of their LED bulbs to 60 years. The fixtures also sense changes in ambient light to keep your work space at a constant brightness, no matter the time of day or type of weather brewing outside. Connect the Dyson Link app to have the lamp mimic the movement of the sun in your location, emitting warmer beams in the mornings and afternoons and cooler ones later in the day. 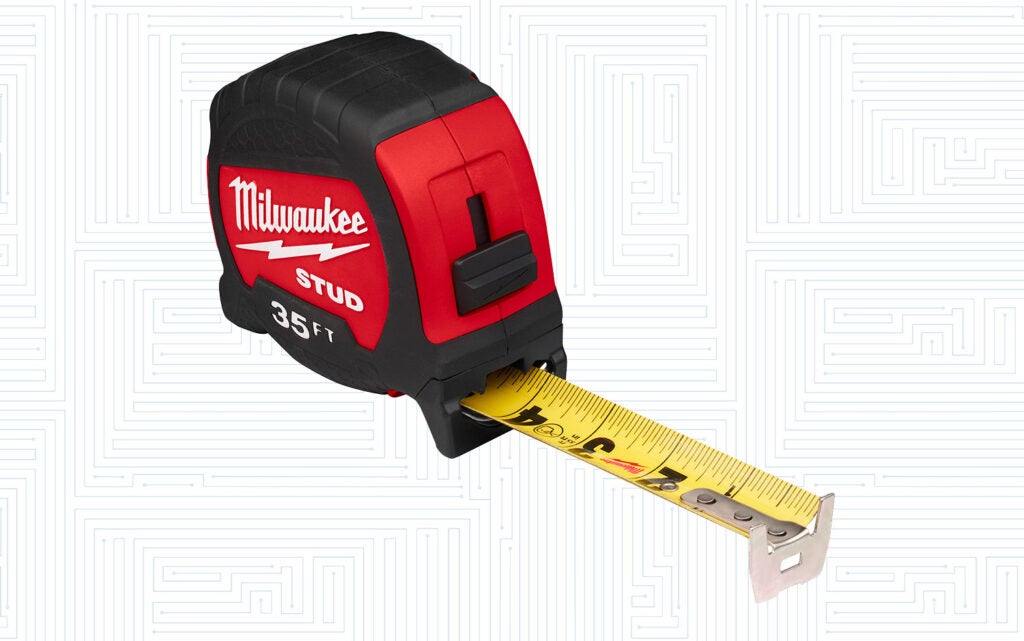 A ruler that can take a beating.

Tape measures take a lot of abuse on the job site; they get bent, snapped, dropped, maybe even kicked down a flight of stairs. The STUD is built to endure all that; its thermoplastic rubber-covered frame can survive an 80-foot drop. The 33-millimeter-wide blade is also coated in high-density nylon to protect it from ripping and wearing, and it curves deeply in several strategic locations, meaning it’ll extend up to 14 feet until it flops. Handy if you can’t get somebody to hold the other end for you. 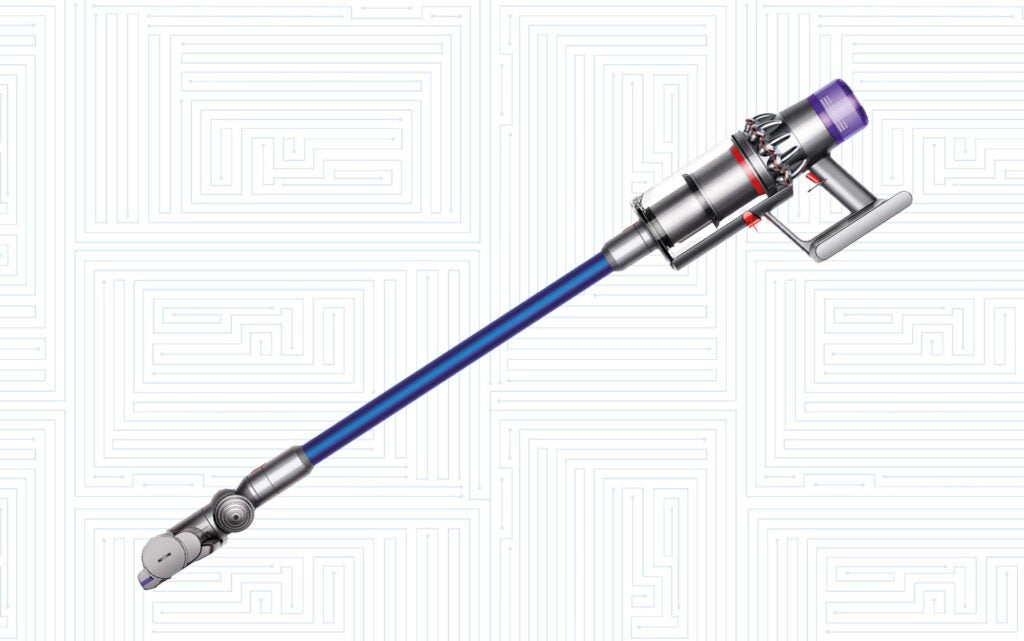 The fifth iteration of Dyson’s V-series knows how to adapt to its environment. Sensors in the cordless stick vacuum’s brush bar measure tension and determine whether it’s moving over a smooth hardwood floor or thick carpet, adjusting battery power accordingly. The wall-charged V11 can run for more than an hour on “eco” mode, and can level up to “medium” or “boost” for more heavy-duty cleaning if you’re willing to sacrifice battery life. An LCD screen at the top of the vacuum shows how much juice you’ve got, along with essential diagnostics like airflow blockage and whether you’ve done a bang-up job (kidding on that last one). 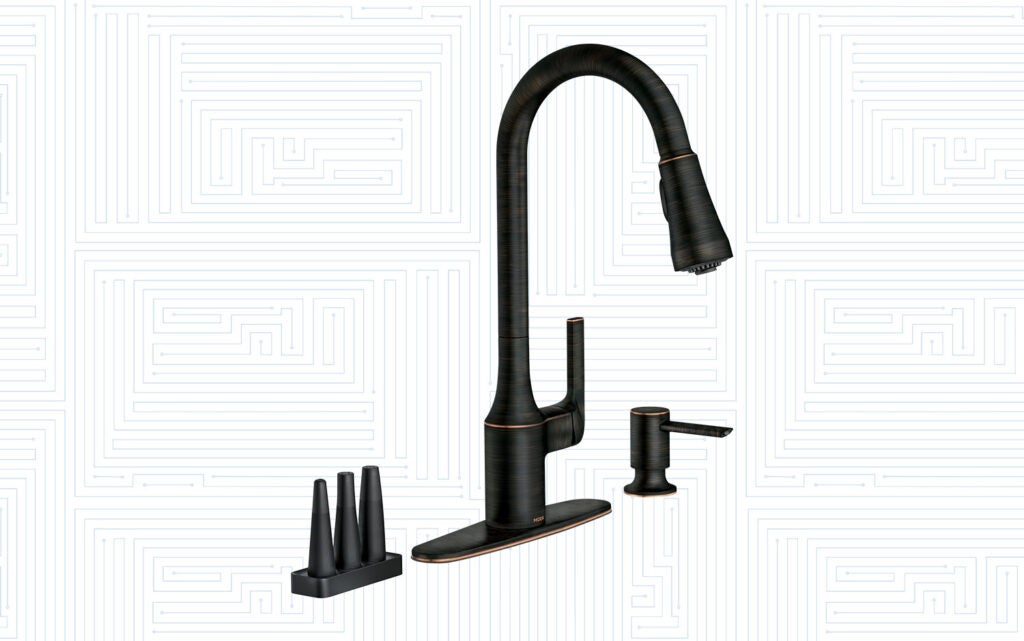 Powerful sink sprays for any mess.

Pots and pans come in a variety of sizes, but faucets rarely get to spice it up. Moen’s new kitchen faucets come with three snap-on attachments to help clean the toughest gunk and hardest-to-reach spots your cooking gear has to offer. The targeted spray acts like a pressure washer to remove stuck-on food; the four-corner spray takes the place of unwieldy bottle brushes; and the broad spray rinses stuff with wide, odd-shaped bases, like tea kettles. The attachments also blast water 50 percent faster than Moen’s standard faucets. 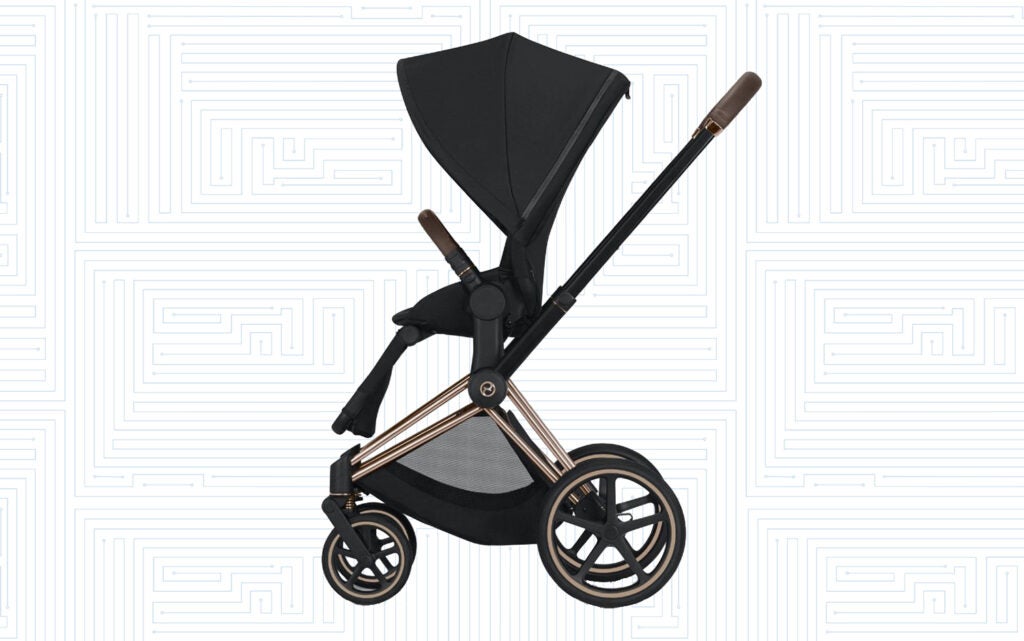 Power up all the hills.

The first electric stroller of its kind in the US, Cybex’s e-Priam can help you shuttle your kid around when the going gets steep. Sensors in the handlebar detect how hard you’re working, and then power the wheels to make the job less strenuous. Take on slopes as steep as 14 degrees with the added assurance that you won’t lose control downhill (the sensor-applied brakes will smooth out the roll). The wheels also assist when you’re crossing rough terrain, so you won’t have to struggle across the beach or through your untamed lawn. The stroller’s battery can last anywhere from a 10K to a marathon, depending on the load it’s carrying and the road ahead. 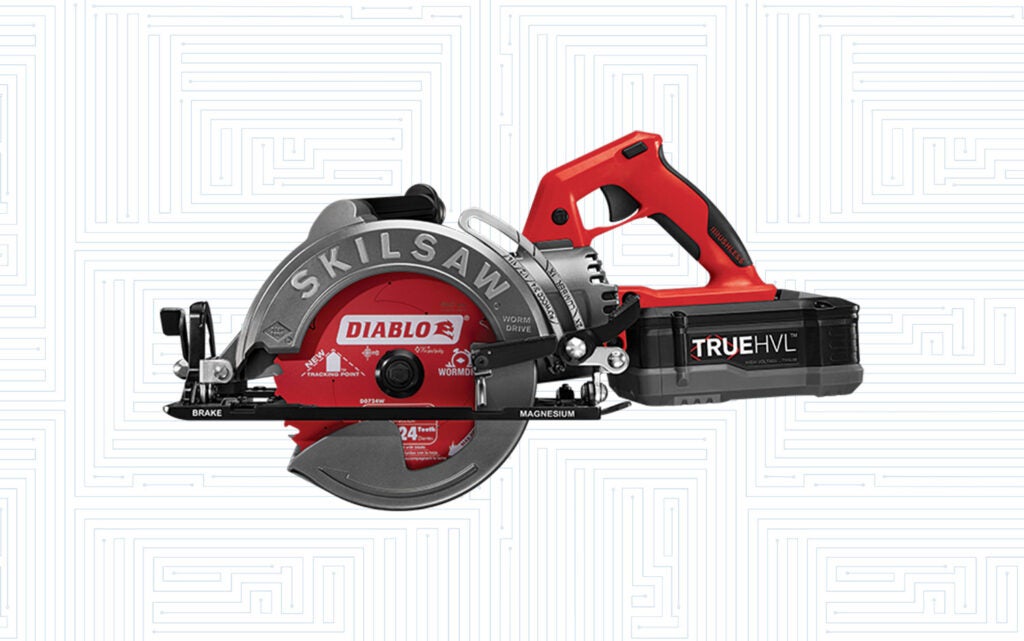 A wireless boon for shop nerds.

The motor of a worm drive saw is located slightly to the rear, meaning its internal gears run perpendicular to each other. That gives the tool more power than its direct drive “sidewinder” relatives, at the expense of RPM. The tool’s narrow, elongated shape also lets you cut in tight spaces and provides extra reach when ripping wide sheets of wood. Plus, its blade is positioned to the left, so righties will be able to see where it’s cutting. The cordless part is clutch here: It’s hard to unplug with a worm drive because the gearing requires more oomph. Skilsaw found a way, though, by developing its own powerful battery. 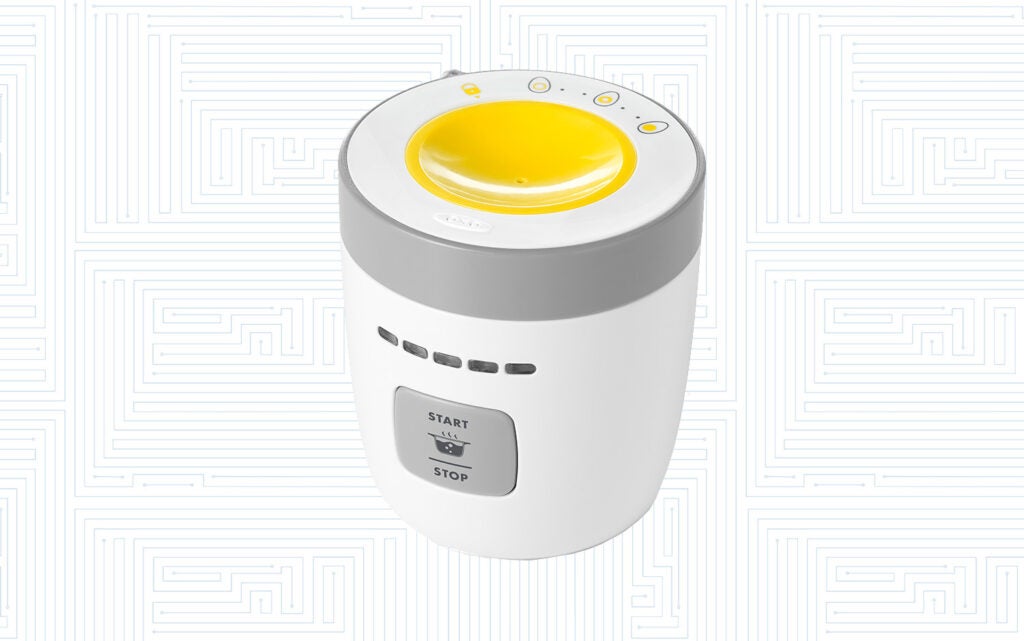 Egg Timer with Piercer by OXO

You can’t just plop eggs in some boiling water and hope for the best. You need an impeccable sense of timing, too. If you weren’t born with it, give OXO’s egg timer a try. Just crank it to your desired doneness level (there are seven), tell it how big your eggs are, and it’ll let you know exactly when they’re ready to pull out of the pot. Plus, a lighted progress bar shows you how much time is left in the cooking process—useful for when you have to step away to put on pants. The pear-size gadget also has a built-in piercer that makes peeling shells an absolute thrill. Remember to run the eggs under cold water after boiling, though; otherwise all that punctuality will be in vain.