What Did Early Americans Eat? 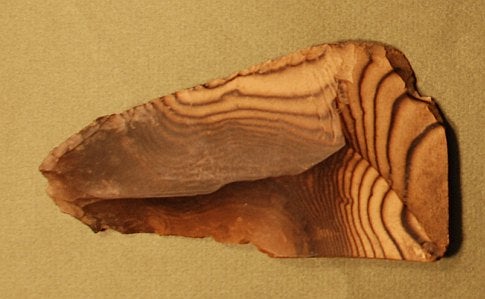 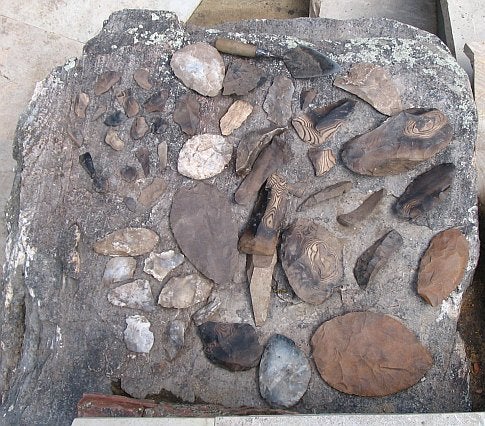 Doug Bamforth had taken calls like this one before. He studies early American plains dwellers, and his employer, the University of Colorado at Boulder, regularly sends him locals who think they’ve found something. He’s often skeptical. Besides, it was also the middle of May. The semester was over, and he was about to leave town. But the caller, a bio-tech mogul named Patrick Mahaffy, kept insisting, and the next day Bamforth took a ten-minute walk from his office to the site. What he saw astonished him: right there, in urban Boulder, no fewer than eighty-three stone tools were spread out on a patio table.

The initial discovery, dozens of ancient tools buried in someone’s yard, was surprising enough, but other surprises would follow. The tools first offered a look at when and where their owners had lived, and then, a few months later, unprecedented evidence of what they had eaten.

Most of the tools were what archeologists often call unmodified flakes, sharp bits of rock that splinter free as a carver shapes a tool. But the cache also included fully-formed tools: eleven bifacial knives; a big oval knife, sharp all the way around its edge; and a mysterious double-bladed axe head, the likes of which Bamforth had never seen before. Judging by the tools’ appearances, he guessed that they were around 13,000 years old. Dating tests at the University of Colorado confirmed his suspicion. The relics belonged to the Clovis era, a 500-year period during which Asian hunter-gatherers trekked across the Bering Land Bridge and populated North America.

Although a landscaping crew unearthed the tools in Boulder (the crew was digging Mahaffy a koi pond), the stone came from elsewhere. Boulder lies a few miles east of the continental divide, and the rock around it simply isn’t suited to tool making. The artifacts came from the Rockies and the western half of the state beyond them. A few have a tiger-stripe pattern distinct to the Bridger Basin, a former ocean bottom in northwestern Colorado. Three of the bifacial knives are quartzite and could come from as far away as the Colorado-Utah border. This leads Bamforth to believe that whoever buried the tools had roamed hundreds of miles around what is now western Colorado before crossing the Rockies.

Those hunter-gatherers shared the continent with a menagerie of legendary but long-extinct Ice Age mammals: short-faced bears, woolly mammoths and rhinos, American horses and camels, dire wolves, saber-toothed cats, and giant ground sloths. We don’t know much, though, about how our ancestors related to them. On other Clovis-era tools, discovered in Canada and Washington State, scientists have detected traces of American horses and bison, suggesting that the Clovis-era people hunted them. Hoping for a similar find, Bamforth and Mahaffy sent their tools to a lab in California.

Robert Yohe, the director of the lab, uses a biochemical analysis to match proteins from Ice Age animals to the proteins of their modern counterparts (the test is accurate to the family level). He places samples, from both the tools and a modern animal, a few millimeters apart in a neutral gel. If the tool sample contains old animal proteins, and if those proteins match the modern animals’, a thin blue line appears between them. Yohe then has a match: someone from the Clovis era had used the tool on one of the animal’s ancient relatives. After a few months of testing the tools against different kinds of animal proteins, Yohe sent Bamforth an e-mail that began, “Dear Doug, I hope you’re sitting down.”

The tools had tested positive for horse residue. But that wasn’t all. They had also tested positive for sheep and camel, neither of which had shown up on Clovis-era tools before. If this means that early Americans hunted and ate these animals, as Bamforth believes it does, the Mahaffy cache (as it’s now known) has expanded our understanding of the early American diet. Clovis-era man, it seems, lived by horse, sheep, and camel, not by woolly mammoth alone.