Researchers discover a 1.2 million-year-old female pelvis that holds the key to brain evolution 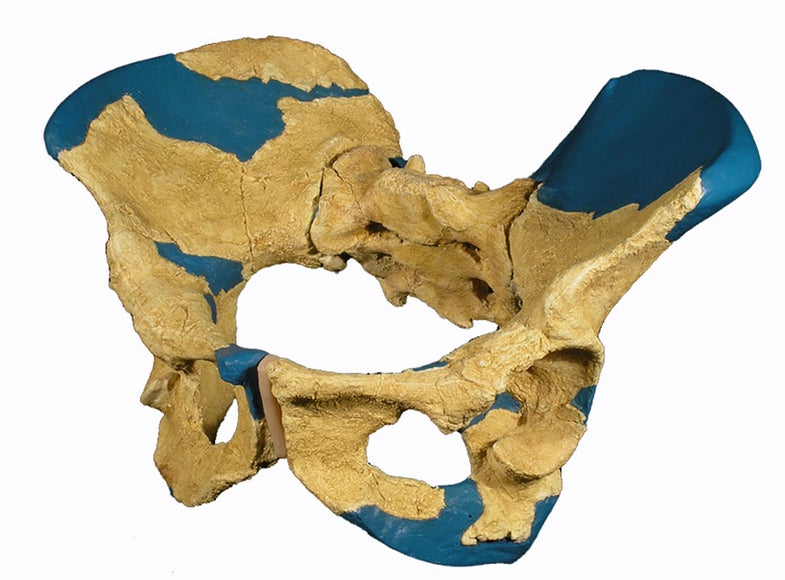 Researchers reveal that a 1.2 million-year-old female pelvis they found in Ethiopia in 2001 suggests our predecessors were larger-brained than previously thought

The story of evolution got bigger last week when researchers revealed in the journal Science that they had discovered a wide-hipped pelvis, suggesting our ancestors were larger-brained than formerly thought. The first of its kind, the 1.2 million-year-old, near-complete female pelvis is from the now-extinct Homo erectus species, believed to be our first human-like relative to leave Africa.

Previously, researchers postulated_ H. erectus_ females had narrower hips, consequently making it harder for them to give birth to larger-brained babies. Scientists believed this explained how humans evolved to have long childhoods since smaller-brain children would be more dependent on their mother. But this assumption was mainly based on the small pelvis dimensions of “Turkana Boy,” a 1.5 million-year-old, tall young male of the same species found in Kenya in 1984. Believed to be more than 6 feet tall, Turkana Boy led scientists to theorize that early humans were taller and narrower-hipped to help them maintain a constant body temperature while running long distances in hot climates.

The latest discovery, however, of a female pelvis found near Gona in northern Ethiopia challenges earlier notions of our ancestors. The researchers found that the birth canal of the pelvis, which belonged to a 4 feet 5 inches tall H. erectus woman in her 20s, was more than 30 percent larger than earlier estimates. The woman’s hips were even proportionally wider than those of modern humans, suggesting that the larger brain size of a H. erectus child made him less dependent on his mother than a modern day baby. This adaptation would have been useful for survival in the African savannah where the H. erectus lived. While the discovery has raised a lot questions, it could help give scientists greater insight into when humans developed larger birth canals in our evolutionary history.