The Internet Is A Huge Energy Suck

But we love it anyway 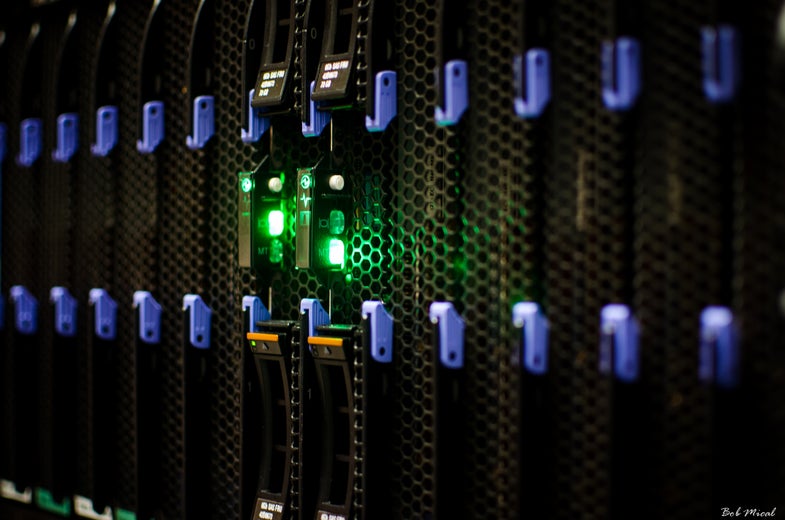 The internet is an amazing thing. It connects the most remote, far-flung corners of the world with the busiest metropolises, allowing people around the world to learn, do business, and look at adorable puppy gifs.

But with great power comes … huge energy costs? A new SciShow video explores the insane amount of energy consumed by the Internet every day.

In the video, host Hank Green points out that our appetite for the Internet has increased dramatically as we’ve incorporated it into nearly every part of our lives. The world has gone from sharing 100 gigabytes of data a day in 1992 to 28,000 gigabytes per second in 2013.

All that information has to come from somewhere, and it is increasingly being stored in huge data centers packed with servers. These suck up huge amounts of energy. In 2013, the US used 91 billion kilowatt hours of energy to run these data centers, equivalent to the energy output of 34 large coal fired power plants.

Because people want to be able to access the Internet at any hour of the day, servers are running all the time, sucking up incredible amounts of energy, even if they aren’t being used. As a result, these data centers can waste up to 90 percent of the energy they consume.

There are some solutions for making data centers greener and more energy efficient, including consolidating servers, and even outsourcing everything to Iceland. Just like a computer can overheat, servers can too, and require large amounts of air conditioning to stay cool. Moving servers to a place like Iceland, with naturally cold temperatures can reduce the energy cost of keeping servers at a comfortable temperature.