How iPads and iPhones are different now

Things will change when iPadOS splits with iOS 13. 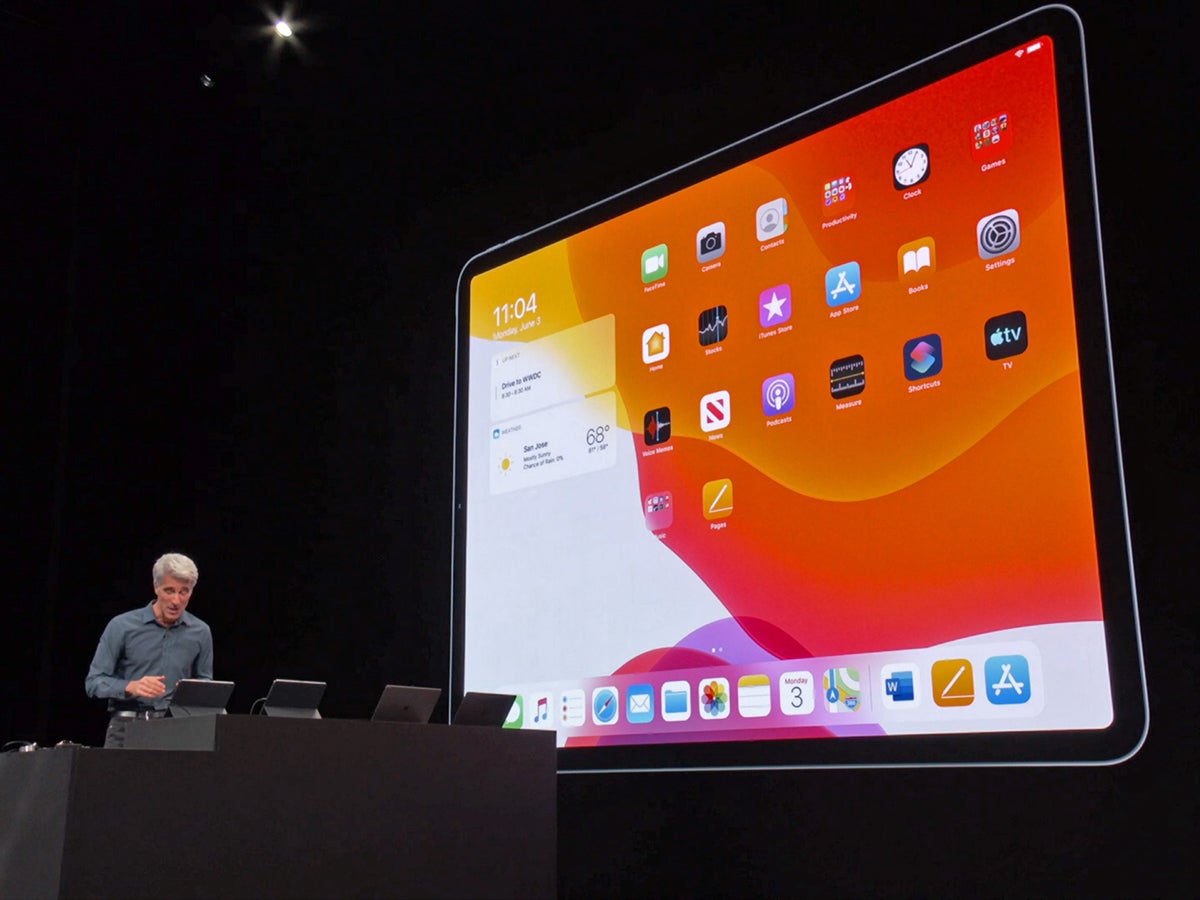 For the first time, Apple is giving the iPad its very own operating system, distinct from the iOS software it’s been sharing with the iPhone since its debut. It’s called iPadOS, and is slated to arrive in the fall with iOS 13.

In fact, this split between iPhones and iPads has been going on for several years, and past versions of iOS have previously included features that could only be enabled on tablets. Here are all the ways iOS is already different on the iPad, as well as what’s to come.

From the earliest days of the iPad, developers have had the opportunity to produce both iPhone and iPad versions of their apps, with the latter specially designed for larger displays. As a result, if you switch between an Apple phone and tablet regularly, you should see differences in the designs of apps, if not their actual features. The native Apple apps, including Music and Mail, are good examples of how apps can use the extra space available on a tablet. These variations will continue with iPadOS.

Split View was actually introduced in iOS 10 in 2016, but only for Safari. Now it works with any app, and is a nod to the multitasking you might want to do to make the most of that iPad screen. With one app open, just drag another app to either side of the display to run two side-by-side—handy for something like taking notes. At the moment, you can’t work in two windows from the same app in Split View, but when iPadOS arrives in September, you’ll be able to do exactly that—composing an email on the right side of the screen while reading one on the left, for example.

In 2017, with iOS 11, we got Slide Over, a sort of companion to Split View. With it, you can run one app (like Messages or Notes) in a narrow vertical bar on top of another—just drag it from the dock or home screen and drop it in place on top of an app you’ve already got open. Once it’s in position, you can dismiss it or slide it back into view with a swipe to the right or left at the top of the screen (whichever side you’ve chosen to put it). It’s a more temporary alternative to Split View, and is useful for quickly referring to something (like a tweet) before getting back to what you’re doing.

When you’re using Split View or Slide Over on an iPad, you can drag and drop text, photos, links, and other items between the two open windows. You could, for instance, pull an image from Photos straight into an email draft in Mail. It’s not quite desktop-level multitasking, but it help makes your iPad feel more like a laptop, and makes life easier when you’re working with multiple apps at once.

The ability to use your iPad as a Homekit hub is one of the oldest differences between iOS on the iPhone and iOS on the iPad. Both can control Homekit-enabled smart home devices, but only the iPad can automate routines and manage these devices while you’re away from home. You’ll need to leave your iPad at home for this, though, or it won’t be able to talk to your smart home kit. You can also use Apple TVs and HomePods as Homekit hubs.

The iPad has a Dock, just like macOS: simply drag up from the bottom of the screen to open it. Drag apps from the home screen down into the Dock to pin them there, or press and hold on an app already in the dock and pull it out to remove it. The Dock is really useful for accessing Split View and Slide Over modes, and also keeps a few of your recently opened apps close at hand. If you want to control how the Dock shows or hides recently opened or suggested apps, open up Settings, then go to General, followed by Multitasking & Dock.

The iPad and iPhone already feature a Files app for accessing iCloud Drive files and folders, as well as Dropbox and other services, but significant improvements will arrive with iPadOS in the fall. The updated Files app will include features such as a new macOS-like column view that’ll show more file information on screen at once, as well as native support for external drives, memory cards, and USB drives connected to the iPad.

One of the limitations of using an iPad instead of a laptop is that browsers serve up mobile versions of websites by default, which can make life difficult if you’re doing any serious online work. This will change with iPadOS, which will automatically offer desktop versions of sites. Apple says Safari in iPadOS will also support a variety of new shortcuts for connected keyboards, further helping you power through your web work.

Speaking of keyboard options, the on-screen keyboard on iPadOS will be able to float on top of other apps—just undock it from the bottom of the screen and move its compact form anywhere you like. When iPadOS arrives, the keyboard will also support a new input feature called QuickPath, which means you’ll be able to slide your finger across letters to type out words in addition to tapping on them individually.

With the new iPad operating system, Apple will finally let you add widgets to the home screen. So far, these widgets have been restricted to the Today view (a swipe right from the home screen), but you’ll be able to drag them into your home screens with iPadOS and the rows and columns of icons will adjust automatically. You’ll be able to drop in widgets showing upcoming calendar events, Apple News headlines, Screen Time data, and more.

In another nod to users who actually want to get some serious work done on their iPads, the upcoming iPadOS will feature a new bunch of text editing gestures. You’ll be able to pinch with three fingers to copy, cut, and paste, and press and swipe to select text in a document or email. Cursor navigation will be easier, too—just press and drag the cursor. “Undo” and “redo” will get their own iPad-specific swipe gestures as well.

Use an iPad as a second screen (with iPadOS)

Another useful feature arriving in iPadOS is Sidecar, which will allow you to use your iPad as a second screen for a Mac, via either a wired or wireless connection. As with any external Mac display, you’ll be able to mirror the main screen or extend it. You could have one app in full-screen mode on your laptop, for example, and one on your tablet. iPadOS will also let you use an iPad as a drawing tablet for a connected Mac.