How to fix the worst bugs in iOS 13

Troubleshoot your way to a better iPhone. 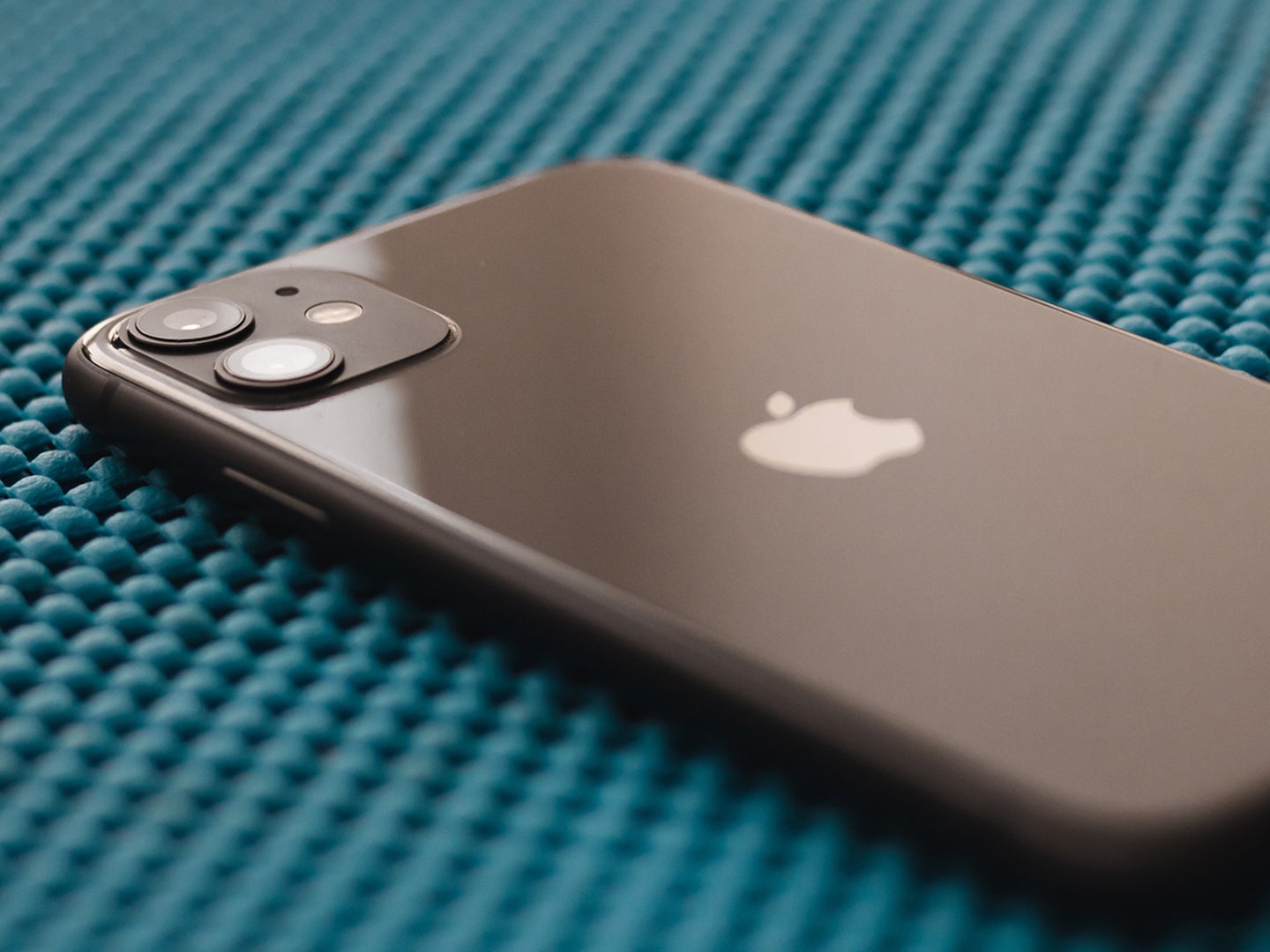 IOS 13 is here, with dark mode, new privacy features, and a host of other improvements. The rollout has not been as smooth or as bug-free as Apple would have hoped, though, with the first iOS 13.1 patch arriving less than a week after the official launch, and other updates appearing since.

With so much of our daily lives revolving around our smartphones, it can be frustrating when something goes wrong. But despair not—you might be able to fix the problem yourself.

If your iPhone’s battery life hasn’t been the same since the upgrade to iOS 13, you’re not alone—battery woes seem to be a perennial pain point after major operating system updates.

You should first make sure your apps and iOS itself are up to date (from the App Store and iOS Settings, respectively). If developers are aware that their apps are causing high power drain in iOS 13, they’ll want to get the problem fixed as soon as possible.

Apple says it has already patched up some battery issues with the iOS 13.1.1 update, and subsequent fixes should improve the situation even further.

One last drastic DIY fix is to do completely reset your iPhone—this may be enough to wash out a bad configuration. Just make sure all your important files are safely backed up somewhere else and that you’ve recently backed up your phone to the cloud or your computer. To start with a clean slate, head to Settings, go to General, and then tap Reset. When the phone resets, you’ll be given the chance to restore your backup (Apple has a full set of instructions here).

Problem: your devices won’t connect to your phone via Bluetooth

Your phone interacts with other devices, and when the software on your phone changes, problems ensue. Some users have reported having trouble with iOS 13 and Bluetooth, so if your headphones are not playing nice with your iPhone anymore, this might be the reason.

Apple says it has improved reliability and fixed some connection issues with the rollout of iOS 13.1.3, so your first step should be to make sure you’re running the most up-to-date version of the operating system (from Settings, go to General, then Software Update).

Don’t neglect any available updates on your other devices, either. Whether they’re smart speakers or wireless headphones, check the manufacturer’s website to see if any patches related to iOS 13 have been issued.

Resetting the connection of a device can also help by overwriting any corrupt or invalid configurations. From Settings on your iPhone, tap Bluetooth, then the i symbol next to the troublesome device, and Forget This Device. After that, start the pairing process again from scratch.

Apple updates all of its in-house apps at the same time as iOS, so some of the apps native to your iPhone might be experiencing problems in the wake of the iOS 13 launch. Maybe you’re seeing “No Sender” messages in Mail where the name of the email sender should appear.

Force-quitting the app has helped some users. Swipe up from the bottom of the screen then hold your finger in the center to bring up your recently used apps, then swipe Mail off the top of the screen. Restart your iPhone and see if the issue has been fixed.

Other users say they’re not receiving emails properly. If this is happening to you, you might have to disconnect and reconnect your email accounts to reestablish the connection with the latest software and settings. You can do this from the Passwords & Accounts screen in Settings.

Apple says various Mail bugs have been squashed in both iOS 13.1 and iOS 13.1.3, so you can check manually for updates via General, then ** Software Update**, in Settings. If you’re still having trouble, sit tight and wait for a software update to appear.

Problem: reminders keeps reminding you of something they already reminded you of

Reminders got a major upgrade with the arrival of iOS 13, but according to user reports, the new OS update has also brought along problems syncing to iCloud and dismissing reminders properly.

To fix this, first and foremost, get your phone and all your other Apple devices updated to the very latest software. For Reminders on iOS 13 to sync with Reminders on your Mac, for instance, your Mac needs to be running the macOS Catalina update that launched on Oct. 7.

With the iOS 13 updates Apple has issued so far, issues such as slow syncing of reminders and broken iCloud list sharing should have been fixed. If your problem hasn’t been addressed yet, it’s possible it’s still on Apple’s to-do list.

Apple’s official troubleshooting advice also mentions restarting the Reminders app (swipe up from the bottom of the screen and hold to see your apps, then swipe the Reminders app off the screen), as well as turning iCloud syncing off and back on again. Do the latter by opening Settings, tapping your name at the top, then iCloud and Reminders.

Problem: Siri is not behaving

iOS 13 users have been reporting problems getting Siri to recognize and understand their requests, particularly on the new iPhone 11. This is actually one of the first bugs Apple addressed, with iOS 13.1.1.

If you’re certain that you’re running the latest version of iOS (go to General then Software Update from Settings to check), it’s possible that your issue isn’t related to iOS 13—or you’re dealing with a bug Apple hasn’t gotten around to yet. You can always check the status of the Siri service here.

Other reported Siri problems include having the digital assistant make calls on the speakerphone by default, even when users have not requested it. As yet we haven’t seen Apple issue an official fix for this via software updates.

In the meantime, you can try opening up Settings, going to Accessibility, Touch, Call Audio Routing, and choosing Bluetooth Headset rather than Automatic. Some users have reported that this stops Siri from using the speakerphone mode, whether or not you actually have a Bluetooth headset attached.

Problem: iCloud is not the same

Whenever a new iOS update rolls out, a few teething problems with iCloud tend to follow. If that’s your case, first make sure the issue is actually related to iOS 13: Check the Apple System Status page online to see if the iCloud platform is functioning correctly.

Reestablishing your phone’s connections to iCloud might help, too, wiping away badly configured settings and starting again from scratch. To do so, open Settings on your iPhone, tap your name at the top, and then choose iCloud. From there, you’ll be able to turn iCloud syncing off and then on again for all your key apps.

A simple restart of your device might be enough to fix whatever problems you’re having, too. It sounds too simple to work, but when it comes to connecting to cloud accounts, having the phone break off and then restart communications can sometimes smooth over a problem.

The updates Apple has issued since iOS 13 made its debut include various bug fixes for iCloud problems, too, including issues with phone backups sent to iCloud. Make sure you keep installing fresh iOS patches as they appear.

Users have reported disconnected phone calls with phones running iOS 13 and later updates. If this sounds familiar, make sure it’s an iOS issue by checking with your carrier that there are no known outages.

Something as simple as turning airplane mode on and off can sometimes help, reestablishing the connection between your phone and the network. Drag down from the top right-hand corner of the iPhone screen, tap the Airplane Mode icon, then wait five seconds and tap it again.

Removing and reinserting your SIM card is something else Apple recommends, and which may be enough to get everything working again. You should also go to Do Not Disturb, Phone, and Call Forwarding in Settings to make sure they’re both turned off.

If you’re still having problems, a network reset might be enough to resolve them. From Settings, pick General, Reset, and Reset Network Settings. That will reestablish all your Wi-Fi and cellular connections, which might be enough to get your calls working properly again.