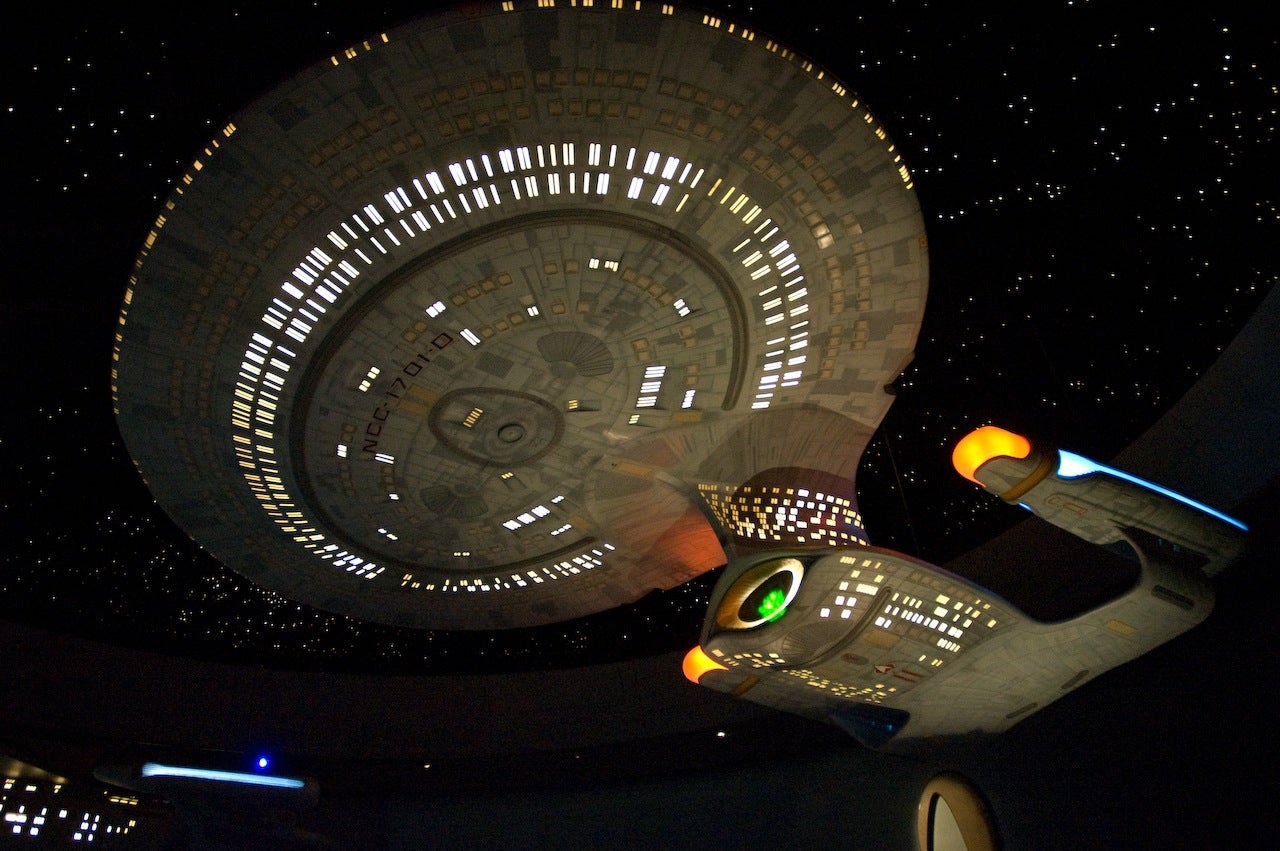 Humankind may dream of one day traveling to other star systems like Captain Kirk, but in reality we can barely figure out how to make it to the next planet over. The fastest we’ve ever flown in space was during Apollo 10 at speeds of about 25,000 mph. At that speed it would take 165,000 years to reach the nearest star system. So if we’re really serious about leaving the solar system, a bigger gas tank is probably not the solution.

Gerald Jackson, a former Fermilab physicist, thinks antimatter could propel us to the nearest star system in 10 years or less. For more than a decade, Jackson and his colleague, physicist Steven Howe, have been trying to get NASA and other investors to pay attention to their idea for an antimatter propulsion system. Now, Forbes reports, Jackson and his colleagues are appealing directly to the public. This month they plan to launch a $200,000 Kickstarter to get things going.

When antimatter and regular matter come into contact, the atoms destroy each other and release lots of energy in the process. It’s that energy that Jackson hopes to harness.

That’s an extreme long-shot, though and there are some major obstacles to overcome first.

For one, someone needs to figure out a way to generate large amounts of antimatter. As Forbes reports, Jackson’s design would require 17 grams of anti-hydrogen to reach the nearest star. Although particle accelerators have managed to create antimatter particles, it’s only been in miniscule amounts. And it could cost $100 billion or more to produce each gram of the stuff.

Second, storage is an issue. If it bumps into the sides of its containment vessel, a gram of antimatter could create an explosion the size of a nuclear bomb. To date, scientists have managed to contain anti-hydrogen for only about 16 minutes at most.

If Jackson’s team can somehow bring his antimatter sail concept into reality, he estimates it’ll propel spacecraft at velocities as high as 40 percent of the speed of light.

The design would use antimatter to induce a fission reaction. During this reaction, uranium would split into two “daughter” byproducts. One of the daughters flies forward, striking into a sail and propelling it forward, similar to wind behind a sailboat. The other daughter particle would shoot out the back of the spacecraft, creating another source of thrust.

That’s how it works on paper, anyway. The first $200,000 crowdfunding goal would help the researchers build a device to measure how much thrust the system puts out in reality. From there, they’re hoping to attract larger investments from NASA and other business partners. They estimate it would take $100 million total to build a working prototype of the antimatter engine.

With any luck, that should be ready to fly within about 250 years–just in time to be incorporated into the first USS Enterprise.