Fusion power has long been the dream of those seeking endless energy supplies, although efforts to smash atomic particles together... 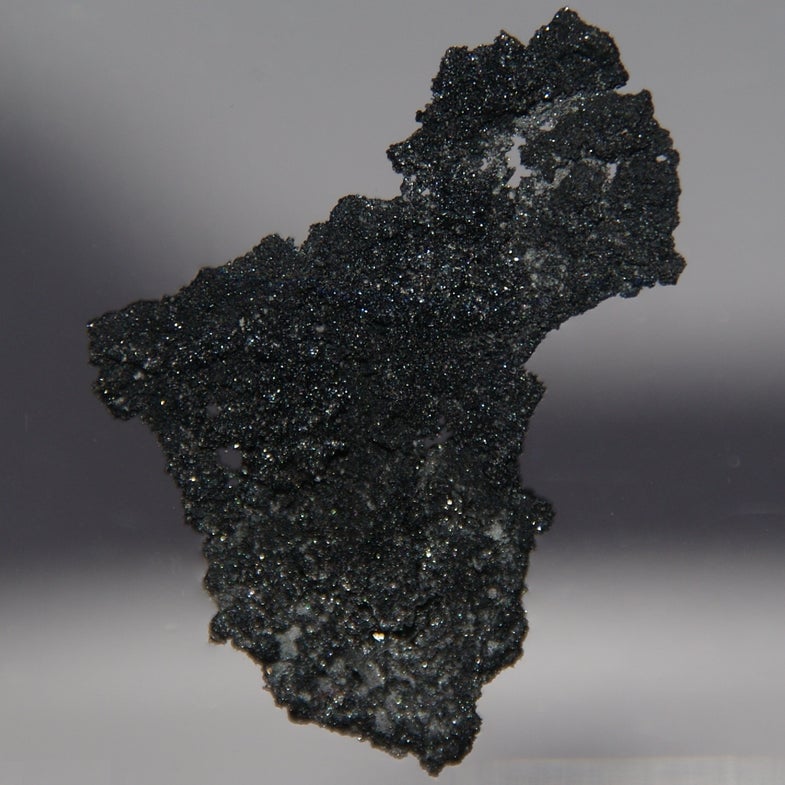 Fusion power has long been the dream of those seeking endless energy supplies, although efforts to smash atomic particles together and harness their energy have been dubious at best. Now a NASA scientist is proposing a new form of fusion-based energy to power a deep space probe.

Instead of using fusion’s excess energy to drive a generator, it would use the kinetic energy of radioactive decay particles to provide thrust.

John J. Chapman, a physicist and electronics engineer at NASA’s Langley Research Center, proposes a boron-based fusion motor instead of a system based on deuterium and tritium. He explained the system at an IEEE Symposium on Fusion Engineering in Chicago this week.

It uses a commercially available laser beam aimed at a two-layer, 8-inch diameter target, IEEE Spectrum explains. As the laser beam hits the first layer, am ultra-thin piece of metal foil, it releases a hail of electrons, leaving the foil with a net positive charge. The protons’ self-repulsive force causes the foil to explode apart, propelling protons toward the second layer, a thin film of boron-11. Here the protons fuse with boron nuclei to form carbon nuclei, which immediately decay into daughter products, which themselves decay into alpha particles.

IEEE Spectrum explains: “For each proton-boron pair that reacts, you get three alpha particles, each with a kinetic energy of 2.9 megaelectron volts.”

The electromagnetic force pushes the alpha particles in opposite directions, and they are directed to exit the spacecraft through a nozzle, providing thrust.

A laser is needed to jump-start this process, but each pulse from a beam producing 2×10-18 watts per square centimeter should generate 100,000 particles, Chapman says, so it’s highly efficient. Just 11 grams of boron would yield 300 MW of power, Chapman tells IEEE. He even believes some of the energy can be used to power a spacecraft’s computer systems.

This is a long way from reality, of course — Chapman says it could take a decade of work to build a functional spacecraft powered by this method.

Boron is abundant on the Earth, and if a few grams of the stuff can drive a spaceship to Mars and beyond, it’s an idea worth studying, at the very least.