Need a weekend project around the house? Mark Suppes, web developer by day, has built his own nuclear fusion reactor... 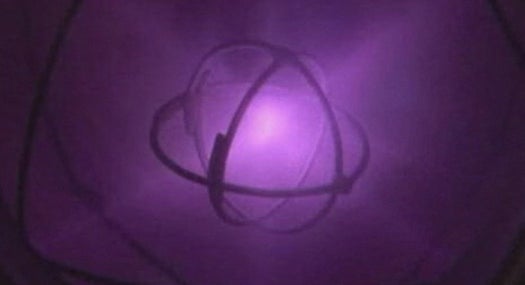 Need a weekend project around the house? Mark Suppes, web developer by day, has built his own nuclear fusion reactor in a Brooklyn workspace. It kind of makes that project car you’ve got rusting in the garage seem lame by comparison.

Suppes’ reactor – it’s about the size of an air conditioning unit with some extra bells and whistles attached – isn’t the answer to the world’s energy problems, at least not yet. He joins a list of 37 others recognized by the online community Fusor.net as having achieved homemade fusion (among them is a 15-year-old in Michigan). But his reactor is unique in the sense that it sits smack in America’s most densely populated city, and one in which the very word “nuclear” causes discomfort.

But rest easy, Brooklynites. Reactors of this kind are both legal and safe. It uses no fissile materials like uranium or plutonium that are associated with nuclear weapons, and it produces no pollution or other byproduct, other than heat. Suppes’ reactor uses deuterium gas to fuel his reactor, which essentially creates an ideal atmosphere for fusion before mashing neutrons together at high energy.

While all the components of Suppes’ machine – including the deuterium gas – were acquired through legal channels, some of it is somewhat dangerous. His power supply provides 30,000 volts, and his reactor does put off a negligible amount of radiation as it smashes neutrons together.

Suppes’ reactor does not generate any more power than he puts into it, and as such is not the golden fusion generator scientists hope will fuel the future with clean, cheap energy. But at some point Suppes hopes to go much bigger, attracting the funding to build what’s known as a Bussard reactor that will break-even when it comes to energy input and output. In the meantime, to see what Suppes is doing in his makeshift lab firsthand, check out the BBC’s video package on the amateur physicist, or check out this extensive feature from Gizmodo.