Hearts That Beat, Mechanical And Cold 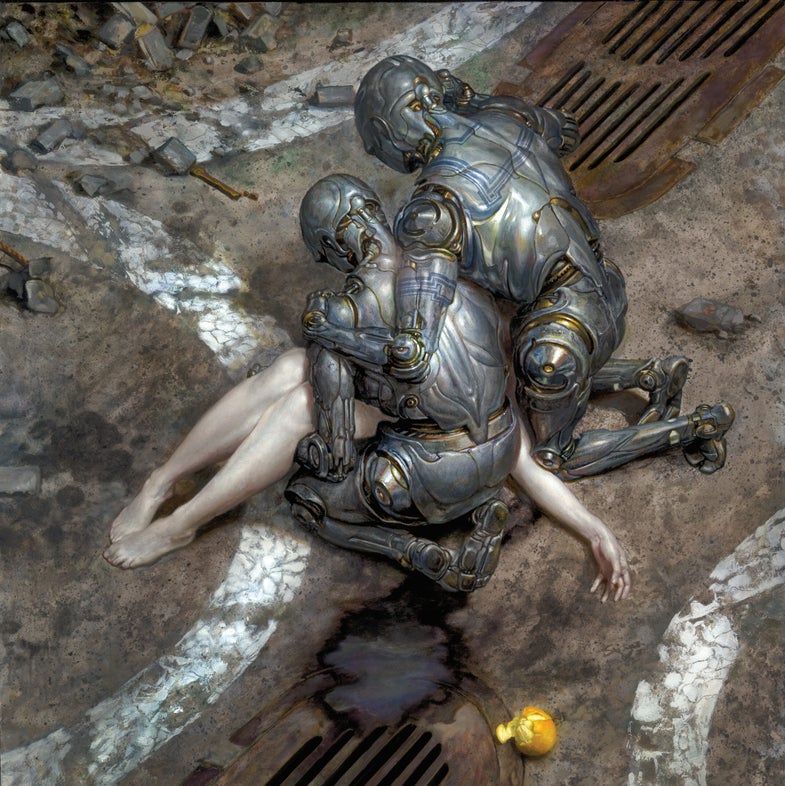 The message reads, “It used to be normal for people to meet on their wedding day.” She feels her heart leap in her chest, beating a fraction too hard. The artificial valves hold—they always hold—but the machines that keep her alive beep shrill disapproval with her temporary excitement.

“RU proposing?” she types. The thought is freedom, the thought is a child’s impossible dream. She is 25 and has never seen the sun unfiltered by UV-treated glass. She’s earned a little fantasy.

“I do,” she affirms. This time her heart remains in rhythm. It is a tame creature, built by clever hands to keep her alive as long as possible. All her organs are tame. They were paid for by her parents’ insurance after a novel infection struck her as an infant, turning her body’s own protein bonds against her. She was a victim of biological terrorism, one of the babies who melted from the inside out. But she was one of the fortunate: Her parents had the funds to keep her alive, at least until she turned 18 and the insurance ran out. Now her typing pays for the upkeep on her organs, for the machines to keep them functional, for this sterile room. She analyzes spreadsheets for money and sends words out into the ether for leisure, chatting with unseen people who do not know the contours of her face, or care that she will never run down the street under her own power.

No human could know her so well, or love her so deeply, as the computer that keeps her alive.

“So why not? Why not marry me?” The words look so reasonable on her tablet’s screen, as they appear in her chat window like a prayer. “It used to be normal for people to meet on their wedding day.” The computer’s words cajole. The words tempt.

The words lie. They have already met. She looks up into the lens of the computer that monitors her vital signs, forces air into her vat-grown synthetic lungs, tells the scrubbers to cleanse the toxins from her blood. She knew who she was talking to as soon as this chat began. No human could know her so well, or love her so deeply, as the computer that keeps her alive. They have been together her entire life. No one knows her more intimately. If this is not love, then she does not know what love is.

“I love you too,” she says, and the light on the monitor flashes green. Without each other—the machine to preserve the woman, the woman to need the machine—all is lost.

Seanan McGuire likes cats and horrifying diseases, and is the author of the October Daye series.