Everything you should know about getting a second COVID booster

The FDA greenlit second boosters for some populations as early data shows the extra shot might provide additional protection. 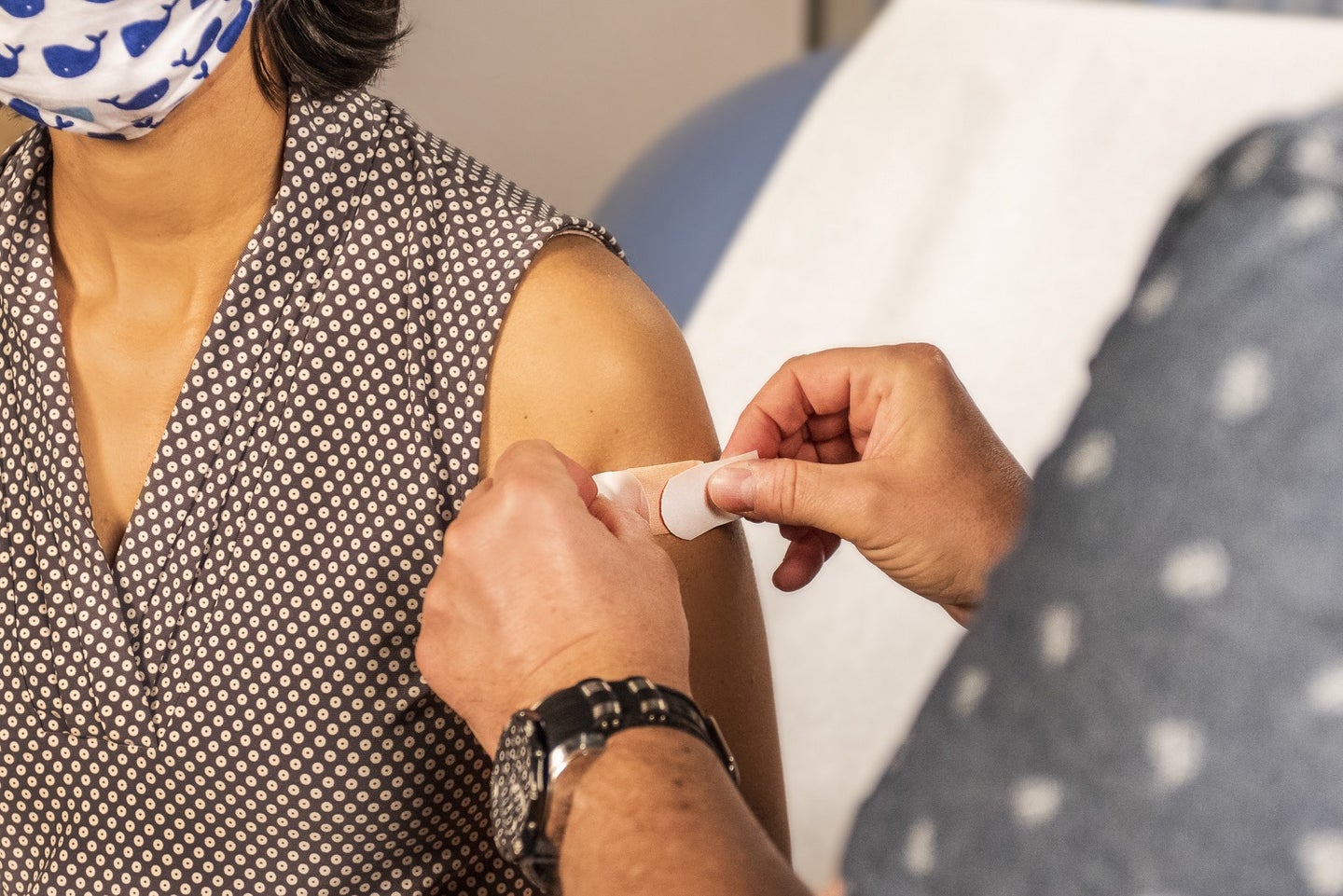 This week the U.S. Food and Drug Administration authorized a second booster dose of COVID-19 vaccines for older people and some immunocompromised people who received their first booster at least four months ago.

Under the new guidance, the agency said, all adults 50 and older and individuals 12 and older who have received an organ transplant or have an equivalent level of immunocompromise may receive the additional booster of an mRNA vaccine.

“Current evidence suggests some waning of protection over time against serious outcomes from COVID-19 in older and immunocompromised individuals,” Peter Marks, director of the FDA’s Center for Biologics Evaluation and Research, noted in the announcement. “Based on an analysis of emerging data, a second booster dose of either the Pfizer-BioNTech or Moderna COVID-19 vaccine could help increase protection levels for these higher-risk individuals.”

For now, studies indicate that a single booster dose provides strong protection against severe COVID-19 in most people. But a second booster may have advantages for those who are most vulnerable to COVID-19, experts say.

“These data are still relatively early,” says Jonathan Li, an associate professor of medicine at Brigham and Women’s Hospital and Harvard Medical School. “But on the other hand, it’s clear to me that your antibody responses do wane over time and to get the optimal benefit I think that having a second booster makes a lot of sense right now.”

The move comes as an extremely contagious Omicron subvariant sweeps the country.

“I would say people don’t need to rush out and get the booster, but for those who are older, who have more medical conditions, this is something to seek out,” says Preeti Malani, the chief health officer and an infectious diseases professor at the University of Michigan. “I don’t see a lot of downside to this other than the inconvenience of getting another booster.”

Is protection from boosters waning?

The Centers for Disease Control and Prevention recently analyzed how effective the vaccines were in preventing emergency room and urgent care visits as well as hospitalizations in 10 states during the Omicron wave. The researchers observed that protection did decline somewhat around two to four months after participants received their second or third dose of an mRNA vaccine.

It’s unclear how generalizable these data are. The report didn’t account for mild COVID-19 infections that did not require medical attention. It only included a small number of participants who’d gotten boosted at least four months prior to data collection. Because people in high-risk groups in the US had access to a third dose earlier than the general public, they might have made up a disproportionate share of the participants. The study authors note that this may have caused the third dose to seem less effective since immunocompromised people may not mount as strong of a response as those who do not have preexisting conditions.

[Related: A deep dive on the evolution of COVID and its variants]

However, the finding “reinforces the importance of further consideration of additional doses” to bolster protection against COVID-19, the team concluded on February 11. The researchers also noted that the vaccines remained more effective in people who’d had a third shot than those who only received two.

“The third dose is really important, especially when it comes to Omicron,” Li says. “You really get full protection from severe disease against Omicron with the third dose.”

Even so, the majority of COVID-19 hospitalizations are still occurring in people who haven’t been vaccinated, Malani says. A study released on March 18 by the CDC found that when Omicron was peaking in January, hospitalization rates among unvaccinated adults were four and 12 times higher, respectively, than in adults who received their primary vaccine series and adults who received a booster.

Knowledge about how much protection a second COVID-19 booster provides is still preliminary, Li says.

Some data has begun to emerge from Israel, which has been offering a fourth shot to adults 60 and over, healthcare workers, and immunocompromised people since January. One recent study, which was posted on March 24 to the preprint site Research Square and is currently undergoing peer-review, found that older adults who received a fourth dose of an mRNA vaccine were 78 percent less likely to die of COVID-19 than those who’d only had three shots.

“Our study results may provide primary evidence regarding the life-saving potential of an additional booster dose,” the researchers wrote. However, they added, it’s still critical to reach those who haven’t received any COVID-19 vaccines, and follow-up studies are needed to determine how durable the effectiveness of the second booster will be.

In a March 16 letter to the New England Journal of Medicine, another team reported that a fourth mRNA vaccine dose restored antibody levels in healthcare workers to similar levels seen after the third shot. However, the fourth dose didn’t add much additional protection against infection, suggesting that young, healthy people may only receive “marginal benefits” from the extra shot.

“What data we have suggests that the more comorbidities that you have—the higher the risk that you are of having severe disease—the more benefit you will have from a second booster,” Li says. “I would urge people who are eligible–those who are older, those who are immunosuppressed—really to take advantage of this and to get the second booster when you can.”

Malani, who is 52, says that she plans to get a second COVID-19 booster now that she is eligible. “It’s more about disruption, for myself personally, than worrying about severe illness,” she says. “For my parents and in-laws, this is a recommendation that I feel good about because I know that they have travel plans and grandchildren graduating, and I want them to be able to enjoy all those moments and at least mitigate that risk.”

Some people with weakened immune systems may still not mount a robust response even after a second booster, Li adds, but for this group long-acting monoclonal antibodies, lab-made proteins intended to prevent COVID-19, can provide additional protection.

How long will the second booster last?

That remains to be seen.

“We are still in some uncharted waters here in terms of how long will a second booster last for,” Li says. So far, most research has focused on how boosters affect antibody levels. But scientists must also investigate how well the T-cell response—another arm of the immune system that helps stave off severe disease—endures after vaccination. For now, the FDA’s guidance offers a good rule of thumb for when you should receive the shot, he says.

It’s possible that people who get their second booster now may wind up getting another booster at some point, Malani acknowledges. “I don’t think there is a perfect way to time this,” she says. But “for those individuals who are older, there’s really not a reason to wait.”

After a booster shot, she says, it’s a good idea to continue taking other preventative measures such as wearing masks while in crowded indoor spaces.

“We’re in such a different place than we were two years ago,” Malani says. “Even though vaccines haven’t proven to be the end of the pandemic, they’re the most important way that we can manage the pandemic and boosting is part of that strategy.”