Children with concussions might benefit from short screen time spurts

A sense of connection and social support that comes with screen time can aid recovery. 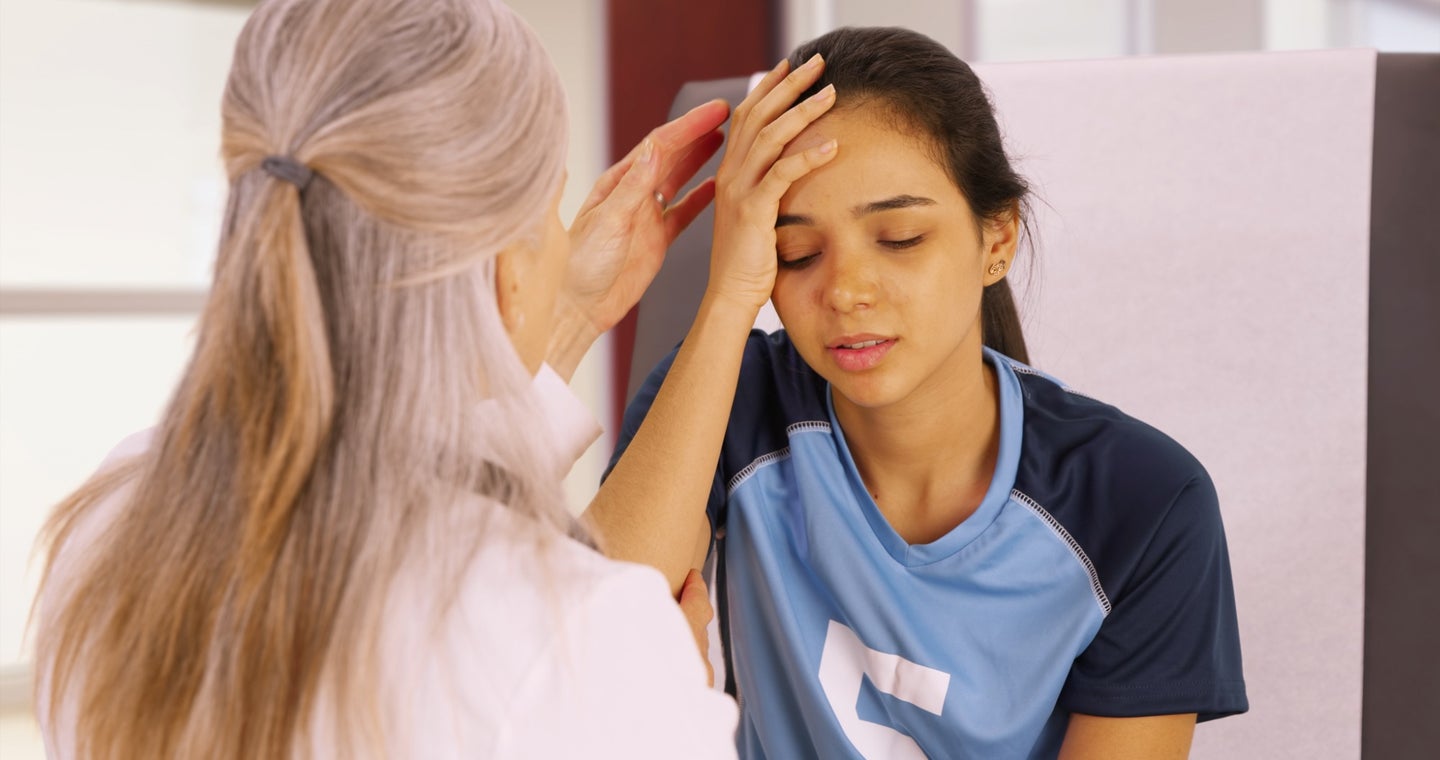 Concussions from sports or accidents are serious medical conditions that deserve attention at any age. The Centers for Disease Control and Prevention (CDC) estimates that about 6.8 percent of children had experienced the symptoms of a concussion or a brain injury in 2020. Since a lot of rest and a slow increase of activity are recommended to help children heal, limiting screen time that can impact sleep habits seems like the best course of action as children recover.

However, a study published today in the journal Pediatrics finds that while too much screen time can slow children and adolescent recovery from concussions, completely banning screen time might not be the answer.

[Related: When to worry about a concussion.]

The researchers from the University of British Columbia (UBC) and the University of Calgary in Canada looked at more than 700 children between eight and 16 year-old in the first seven to 10 days after an injury and their screen time and the symptoms over the following six months.

Like Goldilocks in the fairy tale “Goldilocks and the Three Bears,” it appears that the “just right” (or moderate) amount of screen time was present in the patients whole concussions symptoms cleared up the fastest.

“We’ve been calling this the ‘Goldilocks’ group, because it appears that spending too little or too much time on screens isn’t ideal for concussion recovery,” Molly Cairncross, an assistant professor at Simon Fraser University who conducted the research, said in a press release. “Our findings show that the common recommendation to avoid smartphones, computers and televisions as much as possible may not be what’s best for kids.”

The study also looked at patients who had suffered an orthopedic injury (sprained ankle, broken arm, etc.) to compare their recoveries with the group who experienced concussions. While the patients in the head injury group typically experienced relatively worse symptoms than those with orthopedic injuries, but it was not simply a matter of symptoms worsening with more screen time. The children with minimal screen time also recovered more slowly.

“Kids use smartphones and computers to stay connected with peers, so complete removal of those screens could lead to feelings of disconnection, loneliness and not having social support,” Cairncross said. “Those things are likely to have a negative effect on kids’ mental health and that can make recovery take longer.”

This study differed from a 2021 study in the United States that measured screen time in the first 48 hours after an injury and for 10 days following found screen time actually slowed recovery.

[Related: The WHO’s ‘zero screen time for babies’ rule is more complicated than it seems.]

According to UBC psychology professor Noah Silverberg, the longer timeline in this new study led to another interesting finding.

“The amount of time spent in front of screens during the early recovery period made little difference to long-term health outcomes,” he said. “After 30 days, children who suffered a concussion or another type of injury reported similar symptoms, regardless of their early screen use.”

Additionally, screen time seemed to have less bearing on concussions symptoms than factors such as the patient’s age, sleep habits, or pre-existing symptoms.

“Screen time didn’t make a lot of difference relative to several other factors that we know can affect concussion recovery,” Keith Yeates, a psychology professor at the University of Calgary and one of the study’s authors said in the press release. “Encouraging concussion patients to sleep well and gradually engage in light physical activity will likely do a lot more for their recovery than keeping them off their smartphones.”

This study suggests that blanket restrictions on screen time might not be helpful for children and adolescents with concussion, and that moderation might be key to helping recovery.