How much exercise do I need to stay healthy?

Reaping the health benefits of staying active might be simpler than you think. 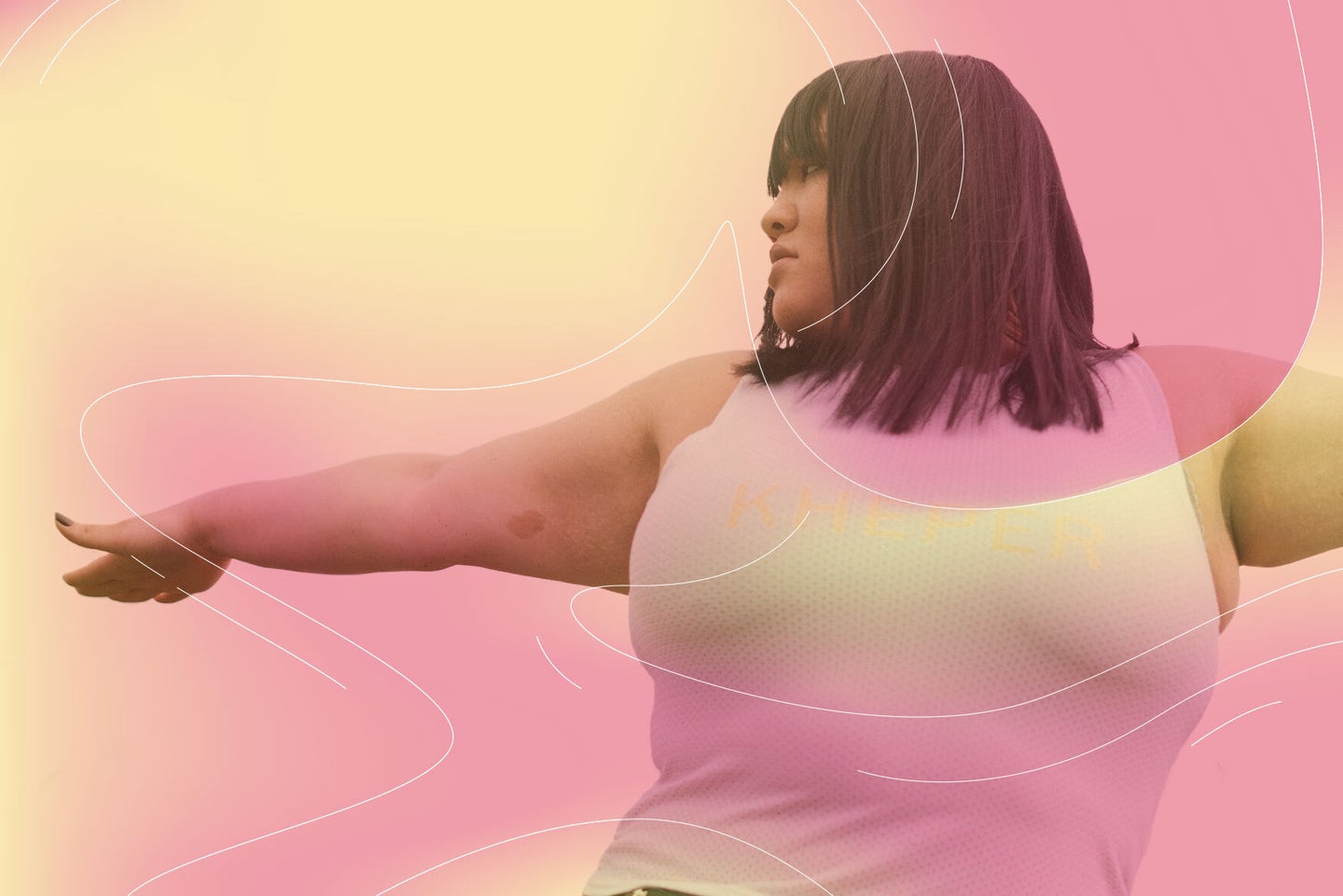 The healthiest movement is whatever feels good. Pexels
SHARE

New Year’s Day may have come and gone—and your resolutions may have already fallen by the wayside—but it’s not too late to start building a healthier relationship with physical activity. Regular exercise is associated with a host of benefits, from a lower risk of death from heart disease and cancer to a better overall mood.

But contrary to what plenty of January advertising campaigns and fitness influencers will tell you, you don’t need intense new training regimens, expensive membership fees, or watches that buzz angrily at you to get up and get moving.

Studies suggest that consistently doing modest amounts of moderate-intensity exercise, like walking and slow-paced yoga, is actually a more reliable path to better physical and mental health than large quantities of vigorous movement.

“We put forms of exercise like running and spin on this pedestal thinking that they’re more intense and therefore better for you,” says Vivienne Hazzard, a postdoctoral researcher in psychology at the University of Minnesota. But ultimately, she says, the best exercise is whatever best fits into your day-to-day routine—and whatever you enjoy doing. Here are four evidence-backed methods to set yourself up for a more active new year, no step-counting required.

The World Health Organization recommends that able-bodied adults get between 150 and 300 minutes of moderate-intensity activity each week, or between 75 and 150 minutes of vigorous physical activity. For example: a 20-minute brisk bike ride each day or three 25-minute runs each week would be enough to maximize health benefits.

For those who are time-crunched, or who have a less-than-positive relationship with exercise, even those recommendations might feel daunting or unsustainable. But physical activity doesn’t have to be completed in large blocks of time to be good for you. Even a few minutes at a time is enough, says Loretta DiPietro, a professor of exercise and nutrition sciences at George Washington University. “I think one of the biggest deterrents to physical activity is people think they need to do it all at once,” DiPietro says.

[Related: The three strength exercises everyone should do]

Adults who spend most of the day sitting should balance each hour that they’re sedentary with two and a half minutes of moderate-to-vigorous activity, DiPietro says. She recommends setting a timer throughout the work day to remind you to take a break once an hour. Whenever it goes off, she says, spend two and a half minutes doing squats or jumping jacks, walking briskly around the block, jogging up and down the stairs, or doing something that gets your heart pumping in a similar way. You can even try combining this approach with the Pomodoro Technique—a productivity method that involves taking short breaks every half an hour and long breaks every two hours—to maximize your focus at work while keeping your body happy. Some studies suggest that taking brief breaks from tasks helps you stay mentally sharp.

While a couple minutes at a time might not seem like much, there’s actually no need to also hit the gym if you take this approach—evidence suggests that balancing sitting with short active breaks is just as effective as 150 minutes of activity per week, when it comes to lowering risk of disease and death. Those two-minute squat breaks won’t make you into a buff powerlifter, of course, but the evidence suggests that they’re enough to give your body all the health benefits of exercise.

A “weekend warrior” is a person who remains relatively sedentary throughout the week, but takes the time to bust out longer workouts once every few days. Evidence suggests that this approach to exercise is no better or worse than pacing out activity, in terms of life expectancy and risk of developing cancer or heart disease. Scientists had 3,500 American adults wear accelerometers—devices to measure intensity and duration of activity—for one week. Then, they followed up with the cohort six and a half years later. The results, published in the journal Medicine & Science & Sports & Exercise, found that people who were moderately or vigorously active for at least 150 minutes per week had a 60-69 percent lower risk of death during that time period—but there was no difference between the weekend warriors and those who exercised at a more regular clip.

So if you dread squeezing in a weekday workout but genuinely enjoy getting active on the weekends—or you just have an easier time scheduling a couple 75-minute sessions than you do committing to a solid 20-to-30 every single day—this approach might work best for you.

Consider setting a goal to spend each Saturday or Sunday doing something fun and active, whether that’s a hike, a pick-up soccer game, or exploring town on your bike. Then, put less pressure on yourself to go hard on weekdays. Just make sure not overexert yourself during those infrequent exercise excursions, DiPietro says. Weekend warriors may be just as healthy cardiovascularly, but their relatively inconsistent regimens can predispose them toward injury if they ramp things up too quickly.

To reap more benefits from exercise, make a regular date to do something active with a friend—whether that’s a walk, jog, or bike ride. Having a plan in place doesn’t just hold you accountable to your goal. When scientists studied a college rowing team, they found that after team workouts, the rowers had higher pain tolerance compared to when they completed similar workouts on their own. Pain tolerance is a common proxy for endorphin levels, and the researchers hypothesized that synchronized activity might enhance the feel-good effects of exercise, and may even provide an added boost of motivation.

Just make sure that you and your workout buddy are aligned on what kind of activities you want to do more of—and how you talk about doing them. “If you’ve had a really restrictive or compulsive relationship with exercise, your goals are going to look different than someone who’s maybe been less physically active and is just wanting to get moving,” says Blair Burnette, a postdoctoral researcher in psychology at the University of Minnesota. Make sure you’re aligned on what your goals are—if not for your entire fitness regimen, then at least for the activities you do together.

Ease up on yourself

Staying fit doesn’t have to involve putting on gym clothes or breaking a sweat, Burnette says. “Broaden your conception of what exercise is,” Burnette says. If hiking, yoga, and weight lifting aren’t your thing, you can instead plan to plant a garden this spring, resolve to start running one of your regular errands on foot, or start commuting to work on your bicycle once per week.

And no matter what your exercise goals are, there’s no need to beat yourself up if you don’t hit them in a given week. Any exercise is better than none at all, diPietro says. A meta-analysis of 11 different studies showed that people who got some physical activity, but didn’t quite reach the World Health Organization’s recommendations, still had lower rates of mortality compared to people who were totally sedentary. In fact, people who exercise once per week have lower risk of heart disease than people who exercise every single day without taking breaks, according to a 2015 study published in the journal Circulation. Getting enough rest can be just as important as getting enough activity.

On a similar note, there’s no need to train like an athlete if your goal is to improve your wellbeing. It’s one thing to do regular HIIT and Crossfit-style workouts if you genuinely enjoy the challenge and the camaraderie, but don’t force yourself to participate in high-intensity activities in the name of health. After all, athletics isn’t really about wellness—in fact, studies show that Division I athletes reliably have worse health later in life than non-athletes.

The key is to stop worrying about what kind of physical activity you think you should do, and focus on what kind of activity you will do—and what kind makes your body and mind feel better than being sedentary. That might be a stepping stone to a future of intense athleticism, but it might also just be a daily habit that keeps you healthy and happy for years to come.

“The myth is that exercise has to be vigorous to be effective. That’s just not true,” DiPietro says. “Think about exercise like filling a glass of water. You just keep filling it until it’s full.”