There’s a biological reason why we miss hugs so much

For some, touch is instrumental in fighting dementia, pain, and depression. 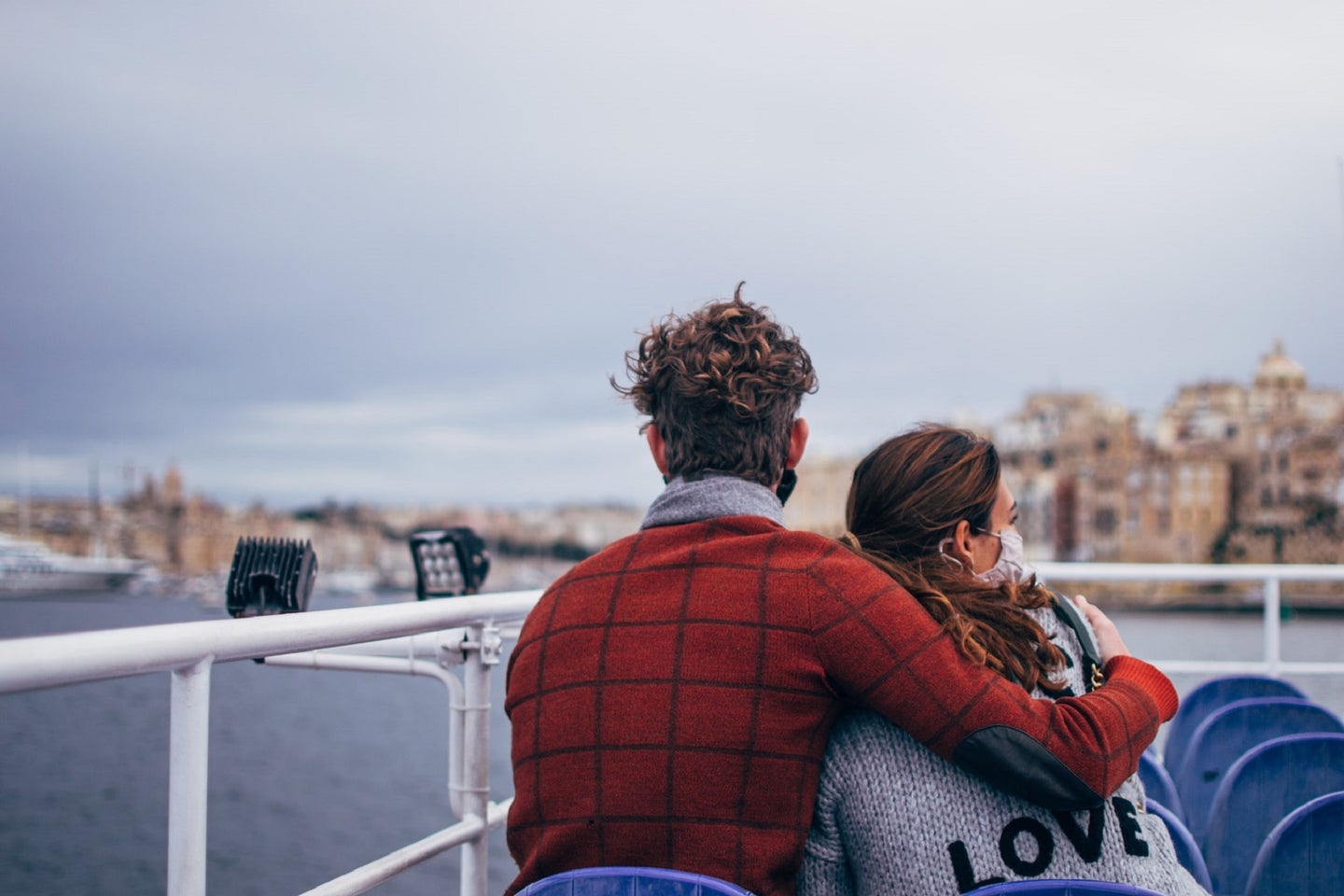 Hugging may worsen the spread of highly infectious respiratory viruses, but they're also beneficial to people's health. Own Michael Grech/Unsplash
SHARE

Kory Floyd is a professor of Communication at University of Arizona. This story originally featured on The Conversation.

Rose Gagnon could not hug her grandchildren for several months.

Not being able to see and touch her loved ones every day because of COVID-19’s social distancing protocols was taking a toll on the mental health of the 85-year-old. Like many, she was feeling lonely and yearning for an emotional connection that had been hampered by the inability to embrace those most important to her.

That’s when Gagnon’s granddaughter Carly Marinaro devised an innovative solution in the form of a “hug time” device. Inside a frame made of PVC piping, Marinaro fashioned a see-through plastic barrier with two arm attachments, so that grandmother and granddaughter could share a hug while minimizing the risk of exposure to the coronavirus.

Like Gagnon, many Americans have missed the warmth of an embrace, the intimacy of a kiss or the calming feeling of holding someone’s hand. When the Centers for Disease Control and Prevention issued its advice to stay 6 feet apart from others back in March 2020, that suddenly made affectionate touch a scarcity.

As a social scientist, I have been studying the communication of affection for over two decades. Affectionate communication comes in many forms, and not all of them have been curtailed by the pandemic. Even with social distancing, people can still say “I love you.” They can also share affectionate text messages and social media posts—and thanks to platforms such as Zoom and Skype, they can see each other’s faces and hear each other’s voices. The one experience it has not been able to facilitate, however, is touch. Individuals cannot hug their grandchildren, kiss their friends, or hold the hand of a dying loved one via Microsoft Teams or Google Hangout.

What people have suffered during the pandemic is “touch hunger,” a colloquial term for what social scientists call “affection deprivation”, a state in which individuals want or need more affection than they receive. And here’s why that matters.

Similar to regular hunger, touch hunger serves as an alert that something important is missing—in this case, the sense of security, intimacy, and care that comes with tactile contact. As people have taken pains to socially distance, many have discovered the sense of deprivation that can accompany the lack of affectionate touch.

Touch hunger is essential to well-being throughout our life span. Psychologist Ruth Feldman has demonstrated that touch is instrumental for healthy physical and cognitive development beginning in infancy. During adulthood, affectionate touch contributes to both psychological health and the body’s ability to manage stress and reduce inflammation.

And among the elderly, affectionate touch can enhance calmness and responsiveness for those suffering from dementia. Touch is so powerful, in fact, that even imagining touch can reduce stress and pain, according to psychologists Brittany Jakubiak and Brooke Feeney.

When people feel deprived of touch, therefore, it is understandable that their well-being can suffer. Even in normal times, touch hunger is associated with greater stress, anxiety and loneliness; lower-quality sleep; and reduced satisfaction and closeness in romantic relationships. Add to that the restrictions on touch introduced by COVID-19 and it makes sense why so many are suffering. In fact, research has demonstrated that the benefits of affectionate interaction—including touch—are heightened during experiences of distress.

Biological psychologist Karen Grewen and her colleagues have shown that hugging a romantic partner reduces the extent to which stressful situations elevate blood pressure and heart rate, whereas psychologist Sheldon Cohen and colleagues found that hugging protects the body against the stress of a viral exposure.

Responding to a lack of affectionate touch

Not everyone needs the same amount of affectionate touch, of course, any more than everyone needs the same amount of food or sleep. Like many characteristics, the need for touch varies from person to person, according to communication scholars Laura Guerrero and Peter Andersen. Some people are even what Andersen calls “touch avoidant,” meaning they often find interpersonal touch stressful instead of pleasurable.

Receiving touch can be uncomfortable for those with physical conditions such as rheumatoid arthritis, or mental health conditions such as autism spectrum disorder. People who have been traumatized or sexually abused may also find touch to be triggering.

It is also worth noting that not all forms of touch are equally beneficial. Some perfunctory touches, such as a handshake, may be largely benign, whereas aggressive or abusive touch often precipitates long-term health detriments.

For those who are missing touch, however, research suggests some substitutes. Sharing affection with a pet has stress-alleviating benefits. Self-massage, such as of the hands or neck, can have calming and pain-reducing effects. Even hugging a pillow reduces the brain’s experience of stress. These are all imperfect substitutes, to be sure, but until COVID-19 is a memory, they may be useful for those suffering from touch hunger.