Cheap and easy mood-boosters with evidence to back them up. 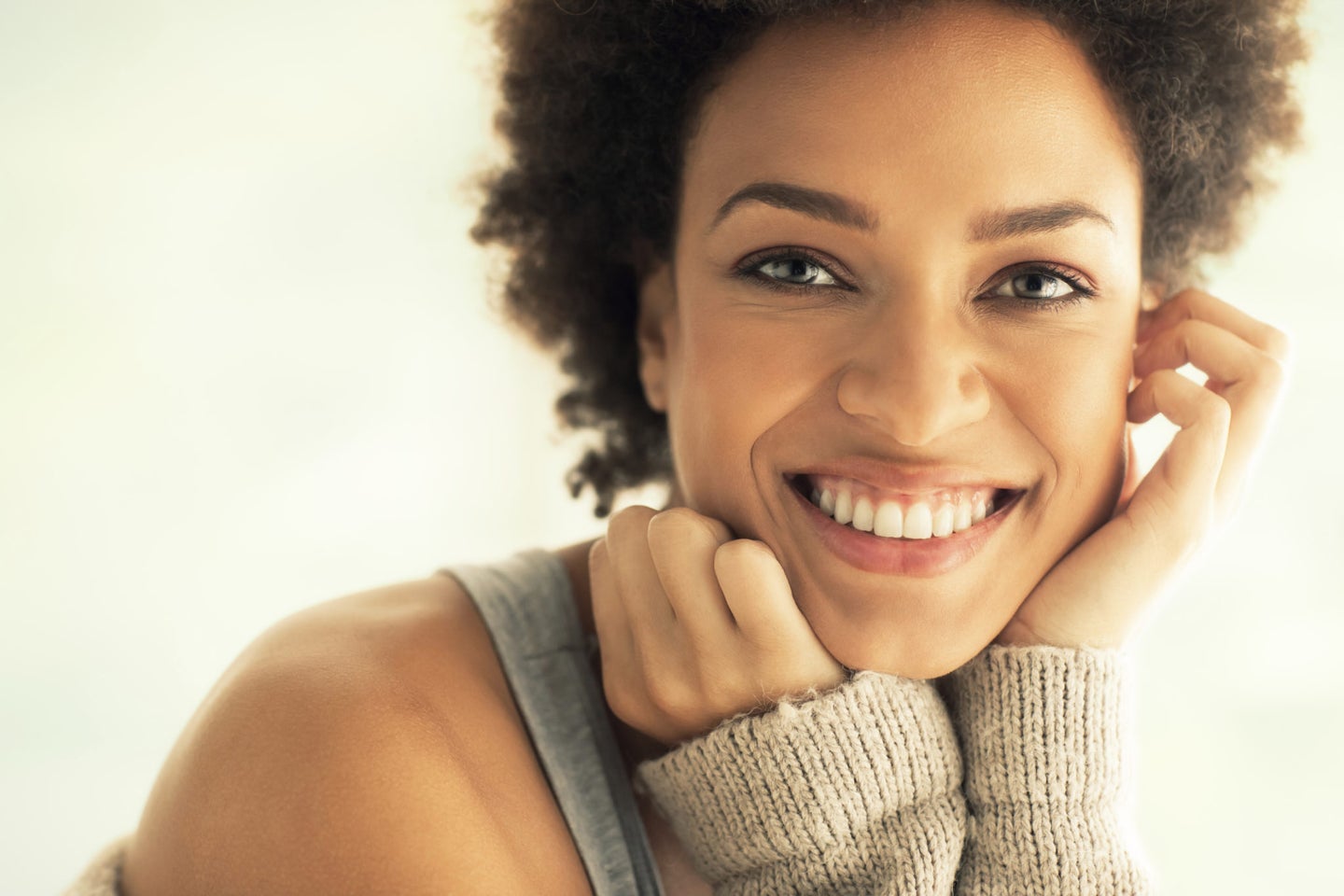 Happiness can feel hard to find these days, but research shows that there are free and easy ways to help boost your mood—at least a bit. If you’re feeling low, consider trying some of these evidence-based tricks to turn your day around.

Drinking a cup of tea

Scientists are still working on figuring out exactly how tea manages to placate our troubled minds—and how strong the effect actually is. But there is evidence that a good cuppa will make us feel better more often than not. Some researchers think a large chunk of tea’s benefits could come from the fact that we tend to drink it in scenarios that are conducive to relaxation, but that just gives you an excuse to turn your afternoon tea break into a little ritual filled with other comforts, like a favorite cookie or a snuggly blanket.

Smiling and laughing—even if your heart isn’t in it

Faking it until you make it may not be the secret to everlasting happiness, but trying to look a little perkier may actually help your mood a bit. A recent meta-analysis of dozens of studies on facial expression and emotion found a small but significant effect: Scowling can actually make you feel more upset, smiling can make you feel happier, and so on. Consider giving yourself a grin in the mirror when you first wake up, because it might just put a little pep in your step without you even realizing it.

There has also been some research suggesting that self-initiated laughter can lead to genuine chuckles. So, don’t discount the therapeutic benefits of a silly video or tweet that always makes you snort; take some time to crack yourself up, even if the effects feel short-lived. (My go-to laugh inducer is this stupendously stupid meme about a corgi. The corgi looks so proud of their awkward heart butt!!! Hilarious.)

There are heaps of evidence that working out has mood-boosting benefits, but it can be understandably difficult to get motivated to break a sweat when you’re feeling down in the dumps. And that’s to say nothing of the difficulties of exercising while stuck inside, working from home, managing childcare, or maintaining a stressful job as an essential worker. If you’re not someone with a standard exercise routine to begin with, now may seem like a horrible time to start.

But there’s good news: Studies suggest that any kind of increased activity can help make you happier. Dance around the kitchen while you’re brewing a cup of tea. Do some simple stretches between Zoom calls. Walk up and down your hallway while you’re on the phone with friends. Instead of focusing on the task of planning a workout—which may serve to sour your mood even more—just try to move more than you did yesterday. And once you’re feeling a bit better, consider scheduling some serious at-home exercise that suits your needs and abilities, because the effect will be even stronger.

Thinking nice thoughts about other people

One recent study found that subjects who were instructed to wish happiness upon everyone they saw ended up feeling better than others. In other words, when you scroll through Instagram, try thinking to yourself, “I really hope that person is having a good day” every time you see a human face. One study isn’t enough to prove that this kind of positivity has a universal effect, but it can’t hurt. And given that many people unconsciously use social media as a way to feel better about themselves by viewing others in a negative light, we could probably benefit from a bit of a change in perspective, anyway.

The American Psychological Association highlights creative activities for their ability to provide an emotional boost. Drawing and coloring can be especially beneficial for young children, since the practice is an effective way to distract them from the things that are making them sad. Even if the person whose mood you’re hoping to boost is a grown-up, a coloring book or paint-by-numbers set can provide a soothing and enriching endeavor.

In addition to improving our reactions to traumatic situations, prayer and meditation may also release oxytocin, which is a hormone known for supporting social connections (and often associated with making us feel good). Of course, these practices will only be beneficial if you believe they are a good use of your time. If prayer doesn’t suit you, meditation and mindfulness practices can have the same effect: Prompting you to take some time to reflect on your feelings and look inward, which will help you stop fixating on problems you can’t control. You can find more tips on how to practice mindfulness here.

Altruism is great for its own sake, but what’s in it for you? A whole lot, according to some research. Volunteering time or money to a good cause can induce a sort of “helpers high,” triggering a release of hormones that help your brain feel good. If you don’t have the means to donate to charity, you might make some cloth masks for those in need, organize the PPE collections for your local hospital, ask old, sick, or otherwise encumbered neighbors if you can help them by picking up their groceries, or simply call a friend who you know is struggling with the current situation. Helping them feel better will help you feel better, too.

It won’t surprise you to learn that spending time outside is associated with lowered rates of depression, better health, and an improved mood. If you’re feeling glum and can take a walk around the block or sit in your yard for a spell, the great outdoors can definitely help.

Not everyone has safe or easy access to the outside world, but at least one study suggests that listening to nature sounds offers some of the same benefits as a real trip outside. Since sunlight itself is also associated with giving your brain a happy chemical boost, simply sitting by a sunny window or using a daylight-mimicking “happy lamp” could help as well. Other research suggests that houseplants can have a positive effect on human moods; one Japanese study found that looking at a potted plant for just a few minutes a day made workers less stressed.

The takeaway: If you can safely spend time outside while keeping your distance from others, make that a priority as often as you can. If you can’t, then use open windows, natural light, plants, recorded nature sounds, and happy lamps to approximate the outside world as needed.