Did the pandemic give you ‘cave syndrome’?

Therapists now have a name for our post-quarantine social anxiety. 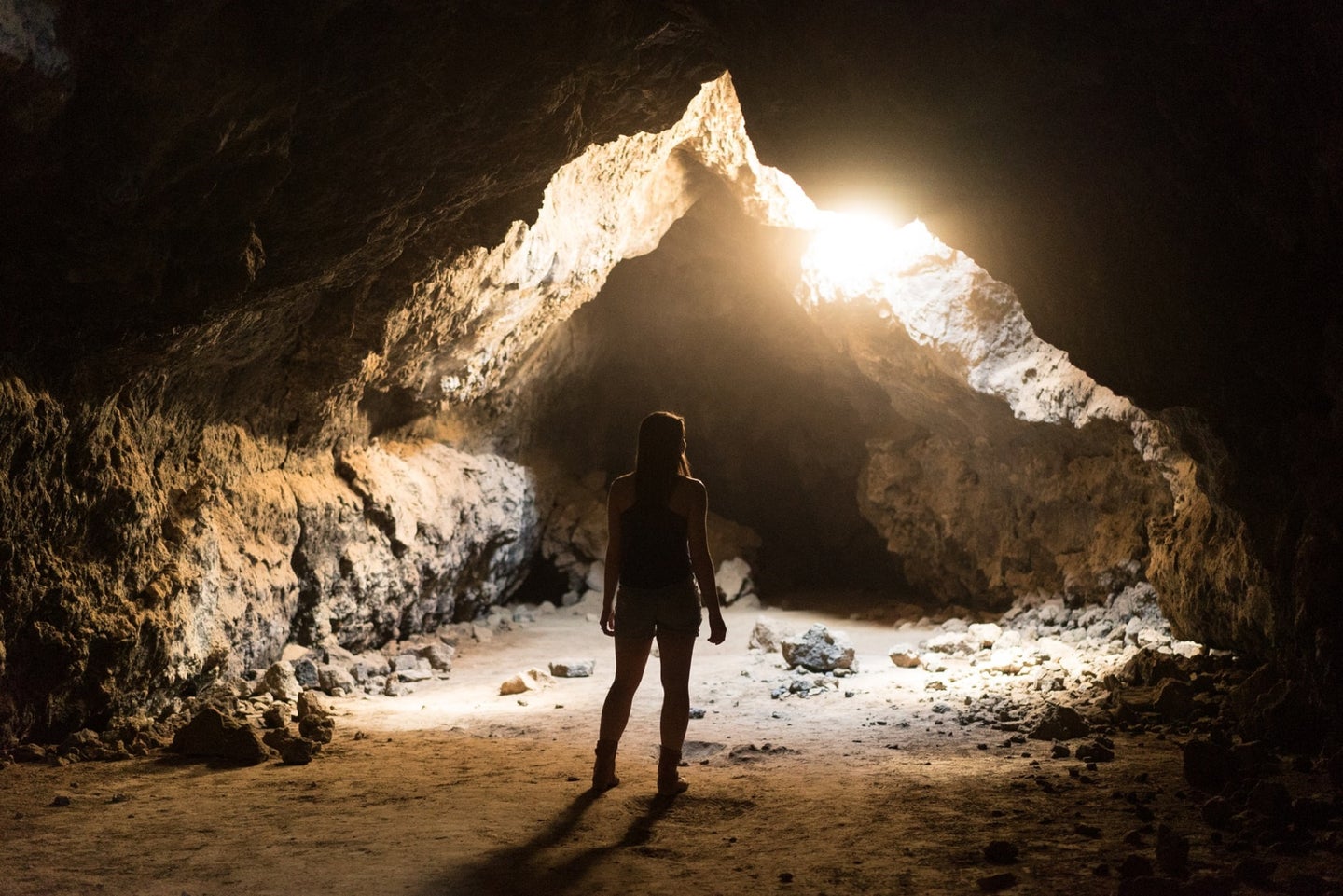 If you like solitude, darkness, and sheltering indoors, you may be rocking "cave syndrome.". Joshua Sortino/Unsplash
SHARE

After Mark got his second Pfizer shot at the end of April, he was excited to celebrate with his fully vaccinated friends. But when the 34-year-old in Chicago finally went out to a bar, he felt a type of anxiety he had never experienced before. “It wasn’t a panic attack or social anxiety, but no masks, crowds and everything was too much all at once,” explains Mark, whose name has been changed for privacy. He soon found himself cancelling plans with fake excuses and feeling a sick sense of relief when vaccinated people started testing positive. “I know that sounds terrible, and I don’t want anyone to get sick. But a part of me just wants to go back inside,” he says.

Mark isn’t a total asshole and he’s in good company, according to psychiatrist Arthur Bregman. Over the last year, Bregman started to see patients experiencing feelings of heightened anxiety around getting back to “normal.” And while those experiences can seem like a combination of agoraphobia and seasonal affective disorder (SAD), there was really no term to adequately describe the unique condition caused by the prolonged isolation and panic of the pandemic. “I soon realized that almost half my patients were struggling with leaving the cave and that it was a syndrome,” he tells me. “The lightbulb came on, and I decided to call this behavior ‘cave syndrome.’”

Cave syndrome isn’t an official medical diagnosis, but rather a casual moniker for a set of symptoms that many are experiencing as we slowly emerge from quarantine. These symptoms can include general anxiety about COVID and its variants, over-washing of hands, obsessing about germs, resistance to leaving the house, depression from the long-term isolation and “​​all the pressures of navigating through a new normal and how to re-enter society without getting sick,” Bregman says.

Vaccinated or not, many of Bregman’s patients have begged him for a doctor’s note to get them out of returning to the office—a trend that’s made him genuinely concerned for their careers. But instead of doing so—or immediately prescribing medication — Bregman believes the best treatment for this affliction is all in the name: Get out of the cave.

Other experts suspect that literally leaving the cave (or house or apartment) may be equally important for preventing cave syndrome as it is for managing it. There’s ample scientific evidence that the simple act of going outside improves individual mental health. “Being outside in nature has been associated with reduced rumination and activation in the subgenual prefrontal cortex,” explains Dorlee Michaeli, a psychotherapist trained in EMDR. Since this is the part of the brain that handles rewards and emotions, it “is likely to be playing a positive role in emotional regulation.”

While being around nature is important, for people who live in cities, natural light still decreases stress hormone levels and boosts feel-good neurotransmitters like serotonin. “Sufficient exposure to natural light helps people cope with anxiety by warding off seasonal affective disorder, improving sleep, as well as reducing rumination and decreasing cortisol,” Michaeli notes. The most compelling evidence for why people need sunlight is SAD, a type of depression linked to a lack of exposure to natural light in winter months that leads to a drop in serotonin.

Daily exposure to sunlight, particularly “in the morning, can help regulate sleep cycles and improve mood,” adds psychiatrist Gail Saltz. Other studies similarly show that the more sunlight office workers received between 8 a.m. and noon, the more likely they were to sleep well at night, and experience less stress and depression as a result.

On the flip side, laying around in a proverbial cave with smartphones and laptops can have the opposite effect. A growing body of research has demonstrated how blue light erodes our mental health over time by disrupting our circadian rhythm. And yet, for many of us, the screens in our caves were all we had when quarantine hit.

Michaeli and Saltz agree that the sooner people started going on walks and doing other outdoor activities in lockdown—and the more consistent they were with these activities—the less prone they were to getting stuck in their caves. There is an important caveat, however: only if they had agency in that choice. Those who were forced to go to work and take risks they weren’t ready for might experience higher levels of anxiety regardless of getting out due to “the reasonable fear of contracting the virus and their relative higher exposure risk,” Michaeli explains.

That’s the most challenging part of treating cave syndrome, Bregman explains, because a lot of this anxiety can stem from valid concerns about scientific uncertainties regarding COVID. The problem is, when such anxieties cause people to cut off the outside world, hypothetical concerns can cause very real mental health consequences. That said, by focusing his patients on some of the precautions they can take, Bregman has found that they feel more in control. “If they can feel secure and safe at the same time, they’ll feel freer about venturing out,” he says. “I personally think going to an office space is healthy, as socialization is important for the human psyche and that’s why I work hard to get my patients back to the workplace.”

He also recommends mindfulness exercises like visualizing specific anxiety-provoking situations, such as going to work, but this time imagining these scenarios going well. “I have my patients envision picking out their clothes for that day, thinking about their commute and walking through the door of their workplace,” Bregman explains, adding that they can think about wearing a mask if it helps make them feel safer. “I encourage them to imagine a wonderful day unfolding in front of them outside of the cave.”

From there, he tells his patients to start taking small trips to the park, or to sit outside at a coffee shop. Time, however, is of the essence. “Remember, the longer a patient stays sheltered away, the harder it is to encourage them to venture out, so don’t wait to get working on it,” Bregman warns.

Mark admits to spending most of the past year in his one-bedroom apartment, coping more with edibles and movies than outdoor coffee dates or socially distanced walks. “Chicago winters are brutal, but I could have tried to get out more than I did,” he tells me. In early August, Mark started going back to the office twice a week and found that his anxiety became more manageable after dealing with it head-on. “I hate to admit that, because I still want to work from home,” he says. “But I haven’t been bailing on friends as much in the past month since I’m already out.”

Little by little, he’s also noticing more people wearing masks again, arranging outdoor social gatherings and getting COVID tests regularly—the kind of precautions Bregman prescribes to his patients to keep them connected. It helps that most people seem to be finding a middle ground between the deep isolation of last year and hot vax summer. “Most of my friends have calmed down a lot and are being more careful,” Mark says. And if he’s at a party where too many people aren’t being safe, or he feels anxious, “I can leave before things get really intense like they did during the summer.”

But while his cave always awaits him, he’s also beginning to understand that there’s plenty of refuge outside of it as well.