Our culture celebrates long work days, but they don't make us more productive. 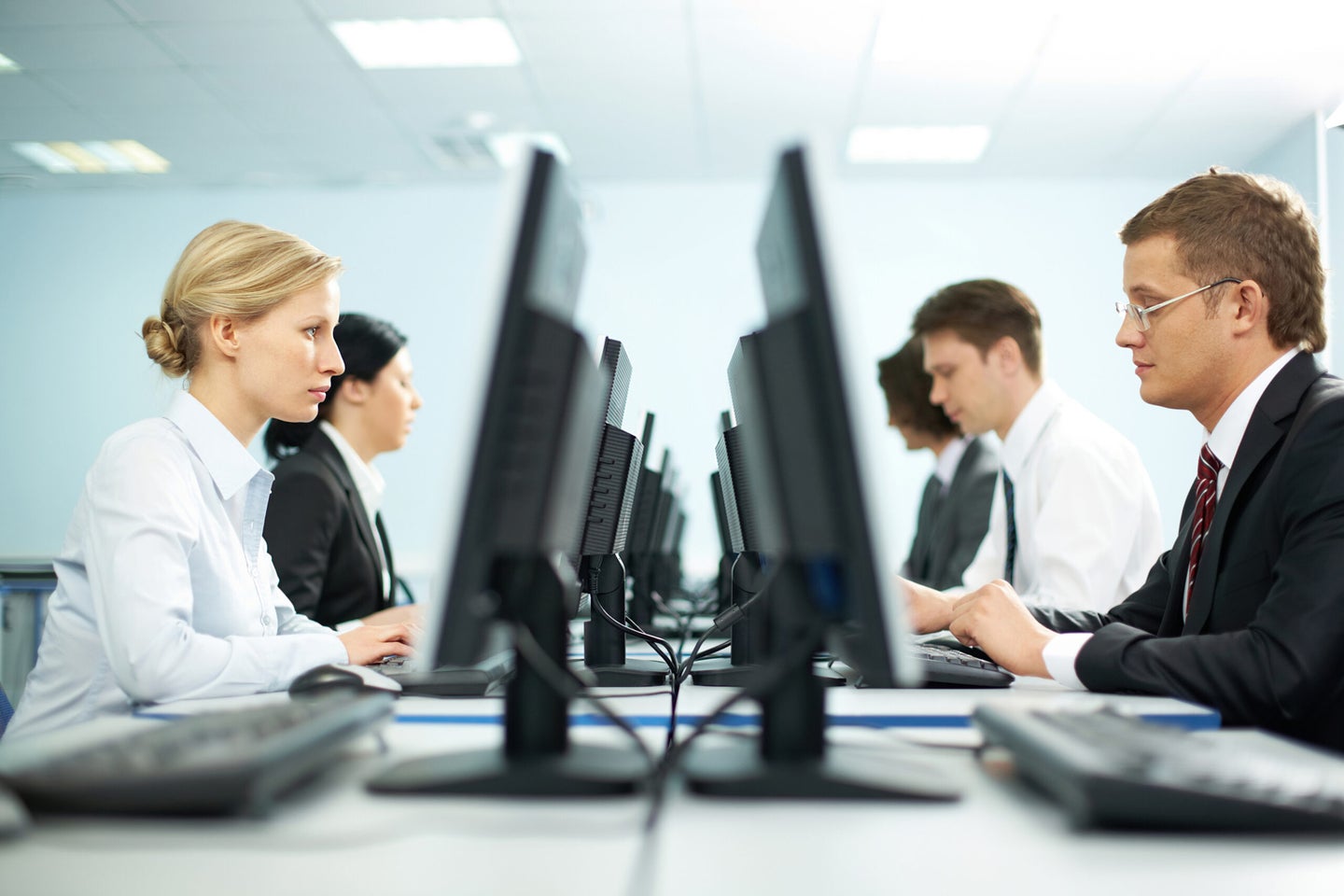 In 1926, Henry Ford shocked industry leaders around the world when he announced a five-day workweek for his Ford employees. “Just as the eight-hour day opened our way to prosperity in America, so the five-day workweek will open our way to still greater prosperity…it is high time to rid ourselves of the notion that leisure for workmen is either lost time or a class privilege,” Ford wrote then.

At the time, unions and workers’ advocates had been jostling for reduced working hours for decades, as part of efforts to improve working conditions. However, Ford probably wasn’t thinking about his employee’s well-being when he made the switch, says John Pencavel, senior fellow at the Stanford Institute for Economic Policy Research. “He was more concerned, my guess, with preventing a possible unionization,” and losing any inch of control to organized labor.

To his probable surprise, Ford found, though, that knocking a day off of the work week actually improved productivity in his factories. It turned out,workers got more done in five days than they had in six.

It’s a counterintuitive result to mention today, particularly in a culture that rewards a burn-the-midnight-oil, work-until-you-drop mentality. But over a century of research on work environments has reached the same conclusion: Working more hours with more intensity doesn’t make your work better—it makes your work worse.

“The idea that shorter hours would increase output per hour is quite old, and goes back to the 19th century,” Pencavel says. It was unpopular with employers at the time—”the strength of their opposition was quite remarkable, actually,” he says. But case studies of reduced work hours at iron works, cotton mills, and eyeglass factories all reported improved work. In 1913, psychologist Hugo Münsterberg wrote that “It was found that everywhere, even abstracting from all other cultural and social interests, a moderate shortening of the working day did not involve loss, but brought a direct gain.”

More recent research echos those results. A 2004 review by the Centers for Disease Control and the National Institute for Occupational Safety and Health reported that employees had decreased alertness and declines in vigilance at the end of long shifts, and that lengthy work days led to deterioration in work performance. Conversely, slightly shorter hours resulted in the opposite effect. A trial of a six-hour work day among a group of elderly-care nurses in Sweden improved their efficiency, and in a Swedish Toyota center, a six-hour work day led to increased profits.

Most recently, a study published this fall in Industrial and Labor Relations Review looked at data collected from 52,000 employees in Europe between 2010 and 2015. The authors, Hans Frankort, senior lecturer in strategy at Cass Business School in London and Argyro Avgoustaki, assistant professor of management at ESCP Europe, a business school with campuses across Europe, found that greater work effort actually impeded career progress. “There doesn’t seem to be any benefit from hard work,” Frankort says.

Hard work, as the study defined, was a measure of both the number of hours spent working and the intensity of that work—marked by things like the number of deadlines throughout the day. The amount of intensity was actually a greater predictor of poor work quality than more working hours or overtime, Frankort says. “It’s how much work you’re supposed to do within those hours. That’s important, because policy attention has often focused on hours, and not the pressure or intensity,” he says. He points to the four-day workplace as a popular idea, but says it wouldn’t lead to much improvement if all the same work in an office in a week just had to be done in a shorter time window—five days couldn’t just be jammed into four.

The negative effects of high intensity on workplace productivity can be mitigated, though, Frankort says, by implementing some element of choice around the way intense work gets done. “If you have some sort of discretion over how and when to do your work, it may reduce some of the negative consequences of excessive effort,” he says.

The worst environment for productivity, then, are workplaces with high pressure and little choice in how to operate within that pressure.

In the innately high pressure work environment of commercial air travel, regulatory bodies have stepped in to try and prevent long hours from impeding performance. The Federal Aviation Administration (FAA) has limits on the number of hours pilots can fly, and mandates certain amounts of rest between flights.

Another industry with life-and-death implications—medicine—is struggling to figure out if mandating more limited hours makes sense for residents, doctors-in-training who regularly face 28-hour shifts. Studies of reduced hours report mixed results, and show that they might help prevent some elements of physician burnout. It’s not clear, though, if limiting hours improves performance and patient health, or if it takes away from resident education. “We’re really seeking more data to see what that sweet spot is between energy expended and efficiency, and a culture of wellness and self-worth,” says Mukta Panda, professor of medicine and assistant dean of medical student education at the University of Tennessee College of Medicine.

Even with evidence to show that working hard might not necessarily pay off, changing the habits that promote that idea isn’t easy—particularly in the United States, where the prevailing culture espouses the idea of the American Dream.

“If you work hard, in theory, you can achieve great things. I’m afraid most of those dreams don’t come true. But you only hear from the people whose dreams did come true,” Frankort says. “That’s why people respond with surprise to our findings.”

Elon Musk, for example, told reporters over the summer that he regularly works 120 hours a week, and links his success to that effort. “People then think if you work 120 hours a week, that will bring you great things,” Frankort says. “But it doesn’t mean that they were successful because they worked those hours.”

But even when people want to make changes to the amount they’re working, most employees have little to no influence over the decisions that govern how much they’re asked to work, and can’t restructure their workplace behaviors to match the evidence. In many industries, many people don’t have a choice of reducing the amount of time they spend working, even if it means those hours are less productive—if they’re paid by the hour, and their salary is low, the hours are unavoidable.

In other work environments, where people aren’t creating a visible output each day, employee productivity is difficult to evaluate by anything other than hours worked, Frankort says. “How do I convince you I’m working on something valuable if my output is billable hours? I’ll tell you I got lots of billable hours. The incentives are skewed,” he says.

Rather than uniformly cut down on the number of hours all humans work, Pencavel says, “I would recommend testing different work hours in each place.” There’s no one-size, fits-all approach, he says, and it would be in an employers best interest to experiment to see which hours fit best.

The same ethos holds true within the medical field in its search for the best way forward, Panda says. “We’re dealing with human beings, we have to be able to allow for flexibility,” she says. “People have different work pressures. Being able to provide the best work environment for each group is probably what’s needed.”