Sexually transmitted infections have been on the rise for years, but at-home testing might help. 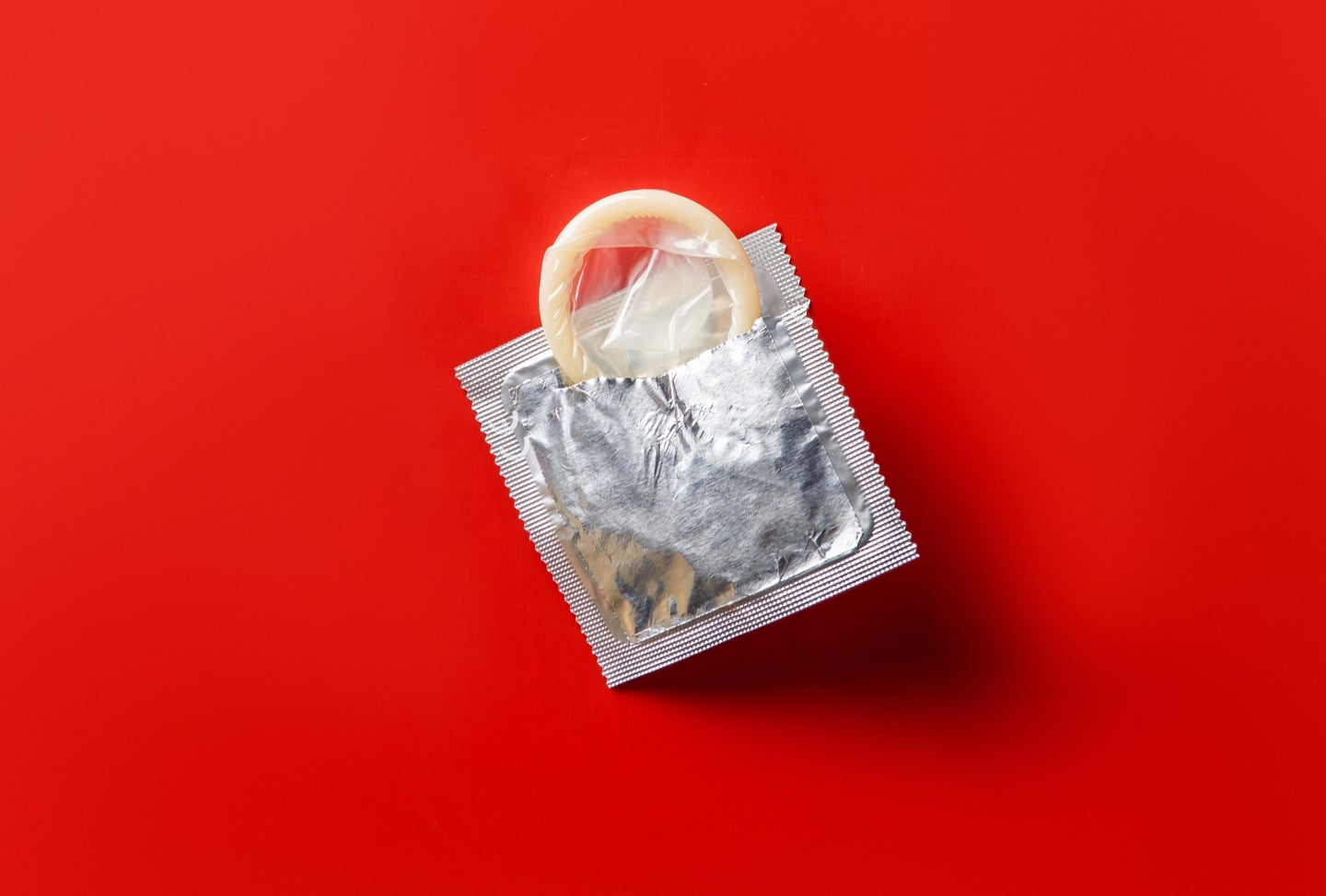 Sexually transmitted infections have been on the rise in the United States for some time. In 2019, the country reached an all-time high for the sixth year in a row. Then COVID-19 struck and healthcare across the US was profoundly disrupted.

A report released this month by the Centers for Disease Control and Prevention highlights that STI rates remained alarmingly high in 2020, with reported cases of some infections continuing to climb.

“We already had a strained, crumbling public health infrastructure. There are many communities in the United States that do not have STI specialty clinics,” Jonathan Mermin, a senior official with the CDC, said in a call with reporters. “What that led to was an exacerbation of the already increasing trends.”

The pandemic may have worsened the STI epidemic, experts say, but it also forced health professionals to start thinking of better ways to combat this issue. In particular, at-home testing for STIs shows promise as a strategy for getting more people screened.

Much of the brunt of STI prevention and treatment efforts has fallen on public health agencies that are chronically underfunded and understaffed, says Amesh Adalja, an infectious disease physician and senior scholar at the Johns Hopkins Center for Health Security.

“And when the pandemic occurred many public health agencies had to completely shift on a dime and focus exclusively on COVID-19,” he says. “So that meant pulling resources that might have been used for [sexually transmitted disease] screening, STD testing and STD clinics and moving all those personnel to COVID-19.”

At the same time, Adalja says, many primary care doctors weren’t doing routine physical examinations—where STI counseling and screening often occurs—or were limiting in-person visits. Additionally, many people lost their jobs and health insurance or put off checkups. The new CDC report indicates that all of these circumstances may have made it easier for STIs to have spread while being diagnosed and treated less.

[Related: America’s sexually transmitted disease rates are out of control]

In 2019, there were 2.5 million cases of chlamydia, gonorrhea, and syphilis reported in the US. The following year, 2.4 million cases of these common STIs were reported. From 2019 to 2020, reported chlamydia cases actually dropped by 13 percent. However, the CDC report emphasizes, that’s probably not because there were fewer new infections; chlamydia is frequently asymptomatic, and the decline in reports likely happened because fewer people were getting screened.

Meanwhile, reports of gonorrhea and early-stage syphilis decreased during lockdowns but then surged 10 percent and 7 percent, respectively, past 2019 levels by the end of the year. Congenital syphilis, which can cause serious health problems and even death in babies, also increased in 2020.

For reported gonorrhea and syphilis to increase in spite of reduced STI screening is especially concerning, says Matthew Golden, an infectious diseases specialist and professor of medicine at the University of Washington School of Medicine. He suspects that the true incidence of these infections is being underestimated.

“If we’re doing less screening and we’re not identifying those asymptomatic cases, then they have a longer opportunity to transmit,” Golden says.

The unabated rise in congenital syphilis cases indicates that more work is needed to target people who are pregnant or could become so, he says. Additionally, he says, more testing is needed for populations at elevated risk of STIs, including people who are homeless, use injected drugs, incarcerated, or sex workers will be necessary.

While COVID-19 didn’t improve matters, rising rates of gonorrhea and syphilis are “just one more facet” of a broader problem, he adds. “At some important level these are a consequence of our epidemics of homeless and substance use,” Golden says. “And these are not problems that we’ve been very effective in dealing with.”

Just because the novel coronavirus became the top priority of federal, state, and local governments, it didn’t mean that other infectious diseases such as STIs disappeared, Adalja says. “They don’t take a break when COVID-19 is occurring,” he says. “The STIs didn’t say, ‘Okay we’ll wait until you come back.’”

What can be done

It may be some time before we know the full impact of the COVID-19 pandemic on STI rates. The extent to which delays in diagnosis and treatment contribute to complications such as pelvic inflammatory disease and infertility also remain to be seen, the CDC concluded in its report.

In March, Congress decided to allocate less funding than in previous years for sexual health clinics that provide services such as free and subsidized STI testing. However, the pandemic and its damaging effects on STI prevention and control efforts highlight how important it is to consistently invest in public health services, Adalja says. Going forward, he adds, it’s crucial for voters to make it clear to their elected officials that sexually transmitted infections are an issue they care about, much as HIV activists have done in the past.

“STD funding is not very politically interesting for them; we have kind of a puritanical culture so they don’t want to talk about that stuff, it’s not something to brag about when they do well on it,” Adalja says. “If you say ‘I’m going to vote based on your position on our county health department,’ then they’ll start to care about it.”

Another strategy for tackling rising STI rates that’s growing in popularity is tests that can be taken at home. During an at-home test, a person typically collects blood, urine, or other samples on their own and mails them off for analysis. One advantage of this approach is that it allows people who aren’t comfortable visiting a doctor or clinic, particularly if they’ve faced discrimination in the past, to get tested.

“For communities that don’t fit into the normal mold—be it sexuality, be it race, be it gender identity—there’s a way smaller barrier to accessing care in that you don’t have to explain who you are, the way you have sex, who you have sex with,” says David Stein, the CEO and cofounder of the at-home diagnostics startup Ash Wellness. “In in-person, real-life environments that can be a huge barrier to care and a reason people don’t even seek it out.”

[Related: Insurance coverage for at-home tests could help stop the rise in STIs]

Stein adds that it’s important to confront the lingering stigma around sexually transmitted infections to move forward. “STIs are normal…but the only way to prevent epidemics like this and the HIV epidemic is to have testing campaigns and the ability to find follow-up care and treatments,” he says.

At-home testing may help “decongest” an overburdened healthcare system, Golden says. It also offers convenience, especially for people who can’t afford to take time off work to get tested.

On the other hand, this approach doesn’t work as well for people who don’t have stable housing or consistent internet access. For this reason, increasing STI testing programs at sites such as prisons, emergency rooms, and methadone clinics will remain important, Golden says.

Another key question is when and how frequently insurance companies will pay for home testing. “That is one of the biggest barriers,” Stein acknowledges. However, he says, “We’re finally getting to a point where self-testing is the norm, partly popularized by at-home self-testing for COVID.”

We’ve already begun to see this play out. California recently became the first state to require insurance plans to cover at-home STI tests. “COVID-19 testing at home has opened up an opportunity to really examine home testing policies and make it much easier to have this happen,” says Adalja.

In addition to the convenience and comfort of taking a COVID-19 self test at home, they deliver almost immediate results without the need for laboratory analysis. This is also the case for an FDA-approved rapid self-test for HIV. There’s no technological barrier to developing rapid tests for STIs as well as other diseases, says Adalja, who coauthored a 2020 report on the potential of self-testing for any disease.

“For COVID, people do a rapid test before they might be going to a high-risk event or being around an immunocompromised person,” he says. “You could use STI screening at home that way as well.”