STI rates have been rising for years, and the pandemic is making things worse. Now California has a new law requiring insurance companies to cover at-home tests. 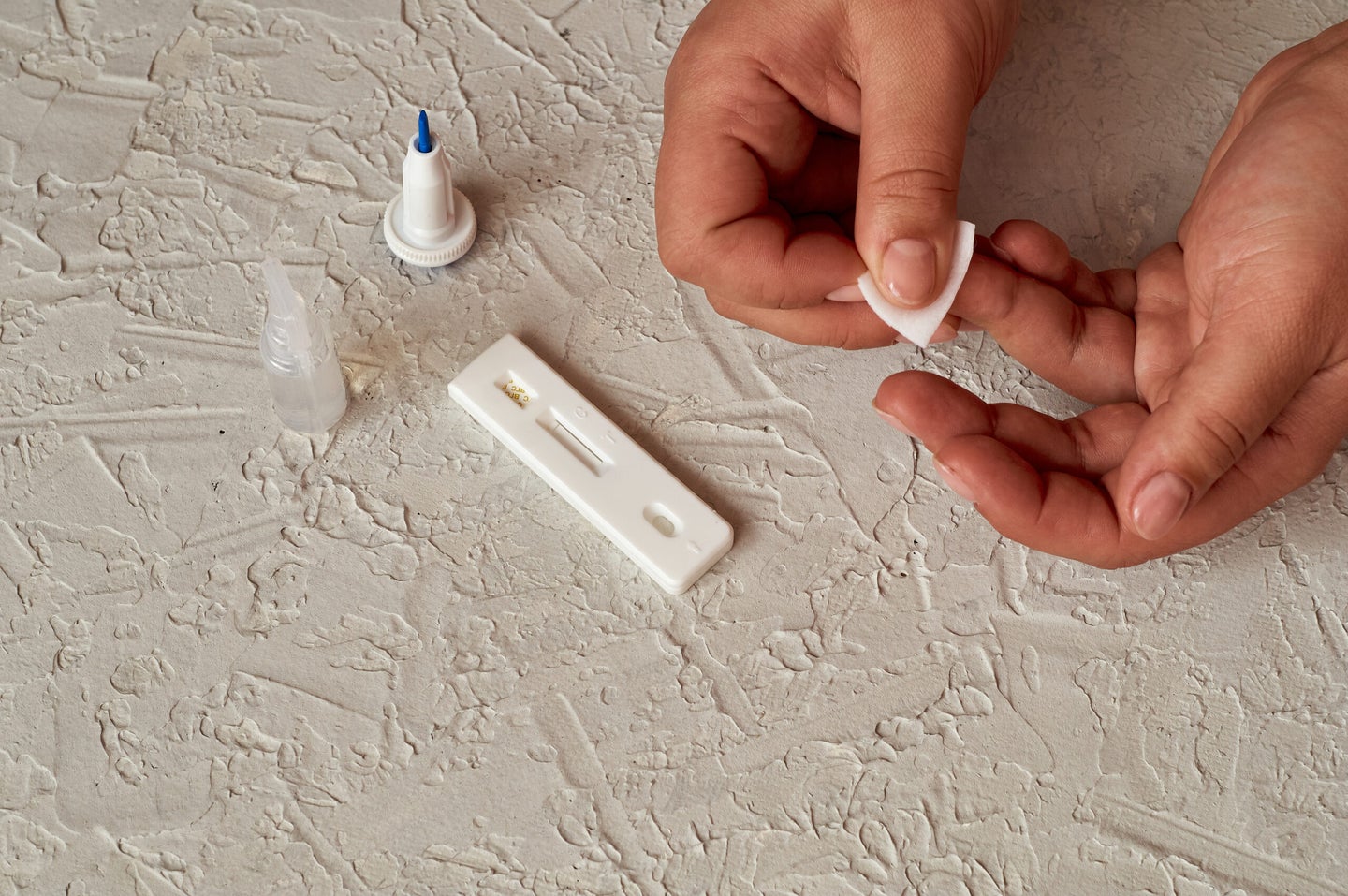 A self-test for various sexually-transmitted infections including syphilis and HIV. DEPOSIT PHOTOS
SHARE

Officials hope the move will make STI testing more affordable and accessible. Sexually transmitted infections such as syphilis, gonorrhea, and chlamydia have been on the rise for years across the United States, and the pandemic has only worsened the situation.

Last spring, the Centers for Disease Control and Prevention announced that reported annual cases of STIs in the US had reached an all-time high for the sixth consecutive year in 2019. The agency has cited a number of reasons for the trend, including difficulty accessing STI prevention and care, decreased condom use among vulnerable groups, including young people and gay and bisexual men, and cuts to STI programs at the state and local level.

[Related: America’s sexually transmitted disease rates are out of control]

The fact that these infections can be asymptomatic may also be playing a role, says Sarah Horvath, an OB-GYN at Penn State Health Obstetrics and Gynecology. “A lot of patients may not know that they have chlamydia, gonorrhea, or syphilis; all three of them can be silent,” she says. “So they may not seek care.” An additional factor may be that people who have been previously treated can also be reinfected by their partners, she says.

The arrival of COVID-19 has compounded this problem. “I’m very, very concerned that we are going to see even bigger increases for 2020 and 2021,” Horvath says. Since the pandemic began, people have become more hesitant to seek out screening or attend routine checkups. Some are spending more time with abusive partners who may limit their access to healthcare, says Horvath. On top of this, healthcare systems in many areas have been overwhelmed, ​​limiting their ability to readily treat and diagnose STIs.

“In some places even if a patient really wanted to get in, they’re seeing longer wait times,” Horvath says. “Especially if they’re a new patient, live in a rural area, or part of a group that was already somewhat marginalized within the healthcare system, it’s even harder to access care.”

Requiring insurance companies to cover at-home tests for HIV, chlamydia, and other infections is one of several measures included in California’s new law to combat rising STI rates. “This is the first law of its kind, and I’d say it’s kind of cutting-edge,” Stephanie Arnold Pang, senior director of policy and government relations for the National Coalition of STD Directors, told Kaiser Health News (KHN). “We want to bring down every single barrier for someone to get STI testing, and out-of-pocket cost is a huge factor.”

The rule went into effect on January 1 for people with state-regulated private insurance plans, although how much they pay out-of-pocket will depend on their plan, provider, and eligibility for free screening. Meanwhile, the state’s Medicaid program is still updating its billing codes to pay for the tests. Another potential complication is that some labs may hesitate to analyze the samples people send in because the tests haven’t been approved by the US Food and Drug Administration for use at home, KHN noted, which means they have not yet been extensively tested by federal agents, like at-home COVID-19 tests.

“I think anything that improves the ability of a patient to access this care is fantastic,” Horvath says. “The question is whether or not they’re going to be able to then access the treatment they need if they get a positive.”

Still, she says, at-home tests have a number of advantages. “It has a level of privacy that some patients may find very appealing,” Horvath says. “This is a really nice alternative for those patients who can access this care without having to have a clinic visit.”

In the future, she hopes to see similar bills passed in other states that cover at-home testing for people with state-sponsored insurance, as well as those with private insurance or no insurance. A top priority, Horvath says, is “making sure that everyone has access to the tests and making sure that there’s a mechanism for getting timely treatment of both patients and their partners if and when a test is positive.”

Equally vital to slowing the spread of STIs, Horvath adds, is making sure that people have access to resources about these infections and how to protect themselves.