Harmful Blooms Of Algae Could Be Turned Into Biofuel

One waterway's trash could be humanity's treasure 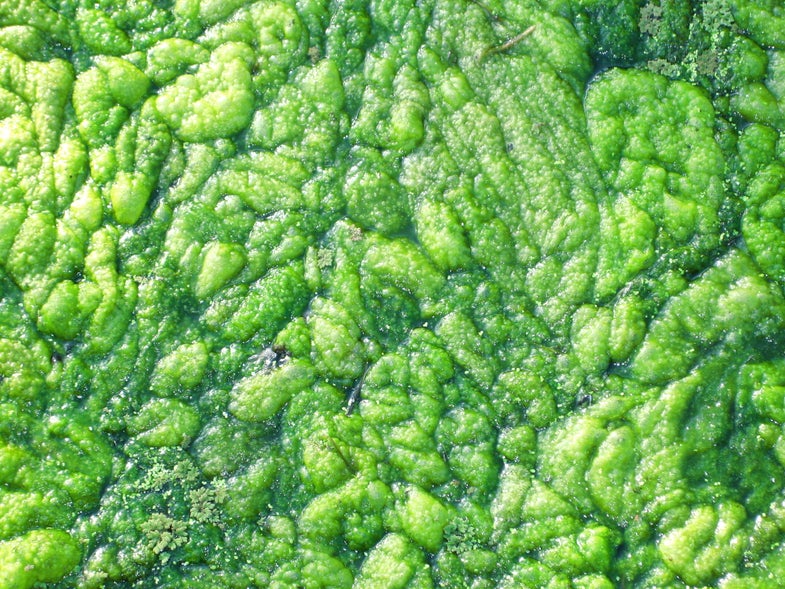 Pollution in waterways can cause terrible algae blooms that choke out marine life and contaminate water supplies. In some places, the blooms are so big that they are visible from space.

In research presented at the annual meeting of the American Chemical Society, researchers proposed a way of dealing with these big problems. One of the reasons that harmful algae blooms occur is runoff from farms, which fill the water with nitrogen and phosphorus from fertilizers. In order to eliminate the problem, they suggest harnessing the harmful cycle for good.

Instead of letting the nutrients from runoff get into larger bodies of water, like Lake Erie, where algae can form enormous blooms and incredible damage, scientists propose using the effluents to grow algae intentionally, closer to the source. Those algae would devour all the nutrients before they ever make it downstream, preventing large, problematic blooms from sprouting. The benefits of choosing where the algae grows also means that the algae can be harvested, reducing pollution and turning it into a resource that can be used for biofuel production. Scientists are currently testing 3D-printed materials that can grow algae in this kind of controlled setting.

Similar technologies are already cleaning up waterways in areas like Florida. The difference with this new technology is that unlike the larger projects, it can be used without being connected to a large electrical grid, and doesn’t have to be monitored all the time.

“I grew up on a farm, and I know firsthand the needs of small-scale farmers, as well as the problems posed by algal blooms,” John Miller, a chemist from Western Michigan University who worked on the project said. “But I am also a chemist, so I see an upside with algae.”

Miller’s method is currently only being tested in the lab, but will begin field testing soon.