Also she is a very charming sea lion. 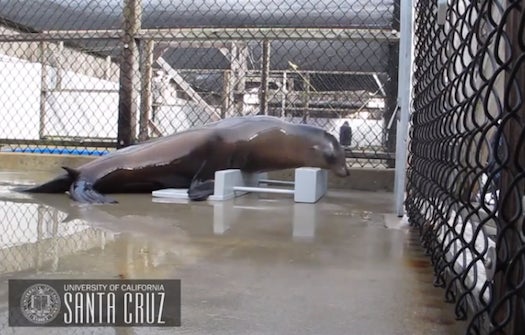 Meet Ronan. She is a sea lion at the University of California, Santa Cruz and also a very competent dancer. According to her trainer, she’s also the first non-human mammal that can independently keep a beat.

Parrots and other birds have been known to dance to a beat, but up until now, it wasn’t clear if they were the only ones with a sense of rhythm. The leading theory (partially sparked by videos like the one below) was that a capacity for vocal mimicry was a prerequisite for recognizing a beat.

But even though sea lions aren’t the most vocally gifted, Ronan was successfully trained to bob her head along with a beat for a reward, then could bob her head along to songs she hadn’t heard, too. Until everyone sees this video, Ronan, dance like no one’s watching.