How Toxic Dumping Led To Tragedy In A Small Seaside Town

An excerpt from Toms River: A Story of Science and Salvation, a new book about a town in New Jersey devastated by industrial pollution 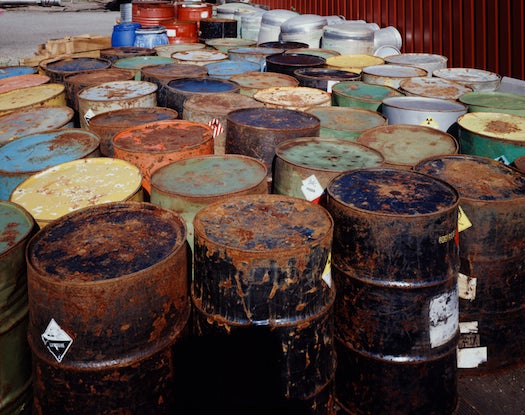 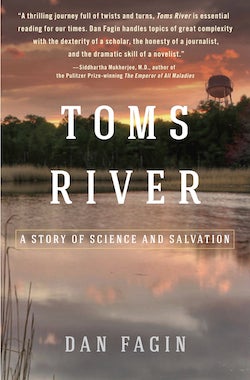 Toms River: A Story of Science and Salvation, by Dan Fagin

Buy the book on Amazon.

The Fernicola brothers, Nick and Frank, grew up in the dirt cowboy subculture of the New Jersey waste industry. Their father, also named Nicholas (his son always went by “Nick” to distinguish them), operated a drum reconditioning business starting in the 1940s on Avenue L in the Ironbound section of Newark, across the street from a slaughterhouse. Even by the standards of that heavily industrialized neighborhood, it was an extraordinarily filthy way to make a living. Nicholas Fernicola specialized in cleaning, repainting, and reselling the 55-gallon steel drums that carried the foulest dregs North Jersey manufacturers could produce. There was no better place than Newark to be in that line of work. It was the “drum capital of the world,” as Frank Fernicola would wistfully describe it years later.

The big money, though, came not from refurbishing waste drums but from making them disappear. Back in the 1960s, when the chemical industry was roaring in North Jersey, the forests and farms in the central part of the state were the equivalent of Sutter’s Mill in 1849 California. The rush was not to pull gold out of the ground but to dump chemical waste into it. Up in Newark, the landfills were expensive and so crowded that the lines of trucks waiting to unload their drums would stretch for blocks. A generation earlier, Ciba had found space and privacy in the deep woods of Ocean County to manufacture dyes and plastics on a massive scale. Now the chemical-waste haulers from Newark, Elizabeth, and Perth Amboy started to follow suit, pointing their big rigs south on Route 9 in search of cheaper dumping grounds. (The Garden State Parkway would have been faster, but trucks were banned north of Toms River.) They found plenty of willing partners among the farmers of Monmouth, Burlington, and Ocean counties. The real estate boom had not yet reached into the rural inland areas of the state, and chickens could not compete with hazardous waste as a cash crop, since farmers typically were paid anywhere from $20 to $50 per drum of waste dumped on their land.

The big money came from from making waste drums disappear.One of the more enterprising landowners was a man named Edward Wilson, who worked for Morton International in the 1950s and 1960s, when the salt maker was broadening its business to encompass chemical manufacture. Wilson offered his family farm in Ocean County’s Plumsted Township as a dumpsite for Morton’s toxic wastes, which included halogenated solvents, chlorinated compounds, volatile organics, and heavy metals. His neighbor, Dayton Hopkins, was even more eager: He let Morton dump on three of his farms, including his family’s own 57-acre homestead. At the worst of those sites, called Goose Farm, drums were tossed into a pit that was 300 feet long and 100 wide.

Most of the rural townships also operated small municipal landfills–back then, people called them dumps–which were also popular destinations for industrial waste from out of town because they charged less and had much shorter lines than their counterparts to the north. The town governments were just as eager as individual farmers to open their gates to the 18-wheelers from Newark. If the dumps were not burying waste, they were burning it; on Fridays, the usual burn day, the trails of black smoke would billow for miles. Taking in industrial waste from out of town served everyone’s short-term interest. Farmers and rural townships got much-needed cash, while haulers and chemical companies got cheap and secluded dumping grounds where no one asked too many questions about what was in the drums. If anyone was worried about the longer-term environmental consequences, there is no evidence of it. A generation later, when investigators finally assessed the damage, they identified two dozen major hazardous waste sites in Ocean County alone, including seven farms and three town dumps. Cleaning them all up would cost hundreds of millions of dollars.

As easy as it was to dump legally in the hinterlands of central Jersey, many haulers wanted even sweeter deals. They preferred to do their dumping for free, deep in the pinelands, without anyone’s permission or knowledge. No one stood in their way. In those days, the closest thing New Jersey had to an anti-dumping law was a misdemeanor public nuisance statute; it was invoked very rarely and only in the most blatant cases. The Ocean County Prosecutor’s Office did not begin going after dumpers until 1980, when an investigator named Dane Wells started trying to track them down. It was harder than it looked. According to Wells, the “midnight dumpers” (though they sometimes operated in broad daylight) would use “horseshoe roads” in the woods, narrow dirt paths with only one entrance and exit. “That way, they could just bring the 18-wheelers in and not have to turn them around after they dumped the drums. Or, if it was liquid, they would just open the spigot and let it run out,” he explained years later. The more advanced operations, the ones with links to the organized crime families influential in the North Jersey hauling industry, would post lookouts with walkie-talkies.

Frank Fernicola followed his father into the drum business, working first in Newark and then Toms River, where his clients included Toms River Chemical. He also did some waste trucking but had to give up his hauling permit after he was convicted in the late 1960s of illegally dumping chemical drums at the old Manchester Township landfill, about ten miles west of Toms River. Frank even made a brief foray into the incineration business: He hauled sodium waste from a North Jersey chemical plant to Beachwood, just south of Toms River, and burned it in an open pit. That escapade ended with a bang: An explosion summoned a town fire truck, and Frank lost that permit, too.

Nick Fernicola needed a cheap place to dump all that waste, a place where no one would ask any uncomfortable questions.His older brother Nick, on the other hand, had stayed away from the waste business for years–a high school summer spent working for his dad was more than enough. He was crazy about motorcycles and worked as an auto mechanic before opening a used car salvage and sales business in Newark. In 1966, when he was 31, he followed his brother south to Toms River, running a gas station for a few years and then moving briefly to Idaho. When he returned to Toms River, Nick Fernicola bounced through a series of construction jobs: At various times he drove a front-end loader, laid pipe, and set explosives. All the while, he kept an eye out for a more lucrative opportunity, perhaps even one in the family business. He found it one January night in 1971 at the Rustic Acres, thanks to two guys named Sharkey and Columbo.

The Rustic Acres was a blue-collar landmark in Ocean County until it was finally torn down in the late 1970s. The bar was out on Route 37, midway between the two largest employers in the county: Toms River Chemical and the Lakehurst Naval Air Station. Its wooden tables and stools would fill up at the four o’clock shift change, and again at midnight. Frank Fernicola shot pool at the Rustic Acres five nights a week, sometimes accompanied by his brother Nick. Frank had hauled drums for Union Carbide and had friends who worked at the company’s huge chemical plant on the Raritan River, about 60 miles north in the town of Bound Brook. At the time, it was one of the country’s largest plastics factories, generating hundreds of thousands of pounds of toxic waste. Frank knew that Union Carbide was looking for a hauler to get rid of thousands of deteriorating drums of waste accumulating on the Bound Brook property, and soon his brother knew it, too. To Nick, it sounded like an attractive business opportunity. It sure as hell beat punching a clock as a construction laborer.

To turn a profit, though, Nick Fernicola would need a cheap place to dump all that waste, a place where no one would ask any uncomfortable questions about what was inside the rusty 55-gallon steel drums. Enter Sharkey and Columbo. The two men (Fernicola would later claim to investigators that he never knew their real names) worked at the Dover Township Municipal Landfill, the town dump for Toms River. They were also regulars at the Rustic Acres, and one night Nick Fernicola told them about all those Union Carbide drums that needed a final resting place. The two men agreed to introduce him to the town’s superintendent of public works, who ran the landfill. Before long they had a deal: For a bargain-basement price of $10 per truckload, Fernicola could dump the drums in the town landfill on Church Road—but he could dump only at lunchtime, when Sharkey was running the shift, and he had to pay Sharkey directly. Many years later, in a court deposition, Fernicola acknowledged that the payment was not an official fee. When a lawyer asked whether it was a bribe, Fernicola responded, “Could be.”

Fernicola drove up to Bound Brook to give Union Carbide the good news: He had found a way to get rid of their drums. In fact, he claimed–falsely, as it turned out–that he had lined up three “authorized land fill areas,” according to a document he signed and gave to Union Carbide on February 16, 1971. “My company will handle all removal and disposal of said drums at a rate of $3.50 per drum and will assume all risks and problems arising from such removal and disposal of said drums,” he wrote. Fernicola was eager to begin. He would be clearing a hefty profit, since he could dump an entire load of about thirty drums for just $10. He rented three trucks and hired two drivers to help him with the hauling. When Fernicola carried his first load to Toms River on April 1, a low-level manager at Union Carbide followed him to confirm that he was dumping at the town landfill. It would be the last time for eight months that Union Carbide would take an interest in where thousands of its waste-filled drums were going.

Excerpted from Toms River: A Story of Science and Salvation_ Copyright 2013 Dan Fagin. Excerpted by permission of Bantam Books, a division of Random House, Inc. All rights reserved. No part of this excerpt may be reproduced or reprinted without permission in writing from the publisher._